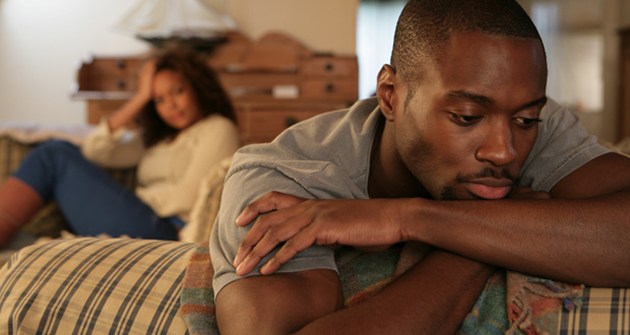 It's Time to Detach Shame from Depression

As I sit in my consulting room listening to my client explaining with absolute conviction that he is a complete failure and inadequate, I am struck again by how cruel depression can be. This man is in reality a success in his field, a kind father and a loving husband. Moreover, the very fact that he was feeling so low was a source of shame. Given that some 20 per cent of us will endure a bout of depression at some time in our lives, why is there such a sense of shame and stigma around feeling bad?

Depression can arise for many reasons and if there is a clear cause such as bereavement then the stigma and shame can feel less crushing. It appears more acceptable to be depressed after a life changing event or a loss. However, even with an identifiable trigger, one can still feel shame for the distress lasting ‘too long’. ‘I should be over it by now’ is quite commonly expressed when the client isn’t recovering as quickly as he or she feel they ‘should’.

Feeling helpless is something that humans do not tolerate very well

But what if depression comes seemingly out of the blue, when it is hard to identify what has triggered the episode? This is very frightening and without a ‘proper’ explanation such as bereavement, job loss or major illness the sufferer can feel very frightened and helpless. They almost always blame themselves. Feeling helpless is something that humans do not tolerate very well and so we find arbitrary explanations even if they are totally wrong. There is something wrong with me. I am at fault. If I was more social, more active, more intelligent, more anything… I would not feel like this.

Feeling miserable becomes proof of failure and the depressed person will always find evidence of his or her inadequacies. This is toxic because there is then no compassion for oneself and this lack of compassion compounds the problem and makes it worse. Everything is experienced through the lens of what has not been achieved, rather than what has. The depressed person does not register or even rate their own achievements since they are dismissed as what everyone does. When you are depressed the world is full of happy, successful people that are coping with life. Nowhere is there self-appreciation for the fact that just getting through the day with depression is a triumph, because even the smallest task can feel incredibly difficult.

I am struck by this lack of compassion, which seems to be such a central part of depression. Clients who are ill with a known physical problem are normally far less judgmental about their limitations. One lady who was having radiotherapy for her cancer was very proud that she managed to keep working albeit half-time. She was frequently told by her colleagues and peers how well she was doing. With depression, the emphasis is on what is not being done rather than what is achieved. How often is the depressed person praised for just keeping going through dark times? I wonder how much our culture with its emphasis on achievement contributes to the shame surrounding depression? Am I good enough, pretty enough, thin enough, rich enough? The list is endless and the answer is rarely ‘yes’. Brené Brown writes and speaks brilliantly on shame and vulnerability. Her TED talk is excellent.

Some years ago, having cancer was a source of shame. People whispered the ‘c’ word. People’s willingness to talk about cancer has resulted in earlier diagnosis, better treatment. It is true that there is more openness about depression, more discussion, but not enough. In 1998 the then Norwegian Prime Minister took time off work telling the nation on TV that he was suffering from depression. He was admired for his openness and interestingly his political career did not suffer. But can one imagine David Cameron taking such a risk? The fear is that depression carries stigma and this stigma is damaging.

Having depression is hard and people who have experienced both cancer and depression will often tell you that being depressed is harder. Let us recognise this, so that we are more able to challenge this inappropriate shaming.

Sue Cowan-Jenssen is a therapist on the welldoing directory.