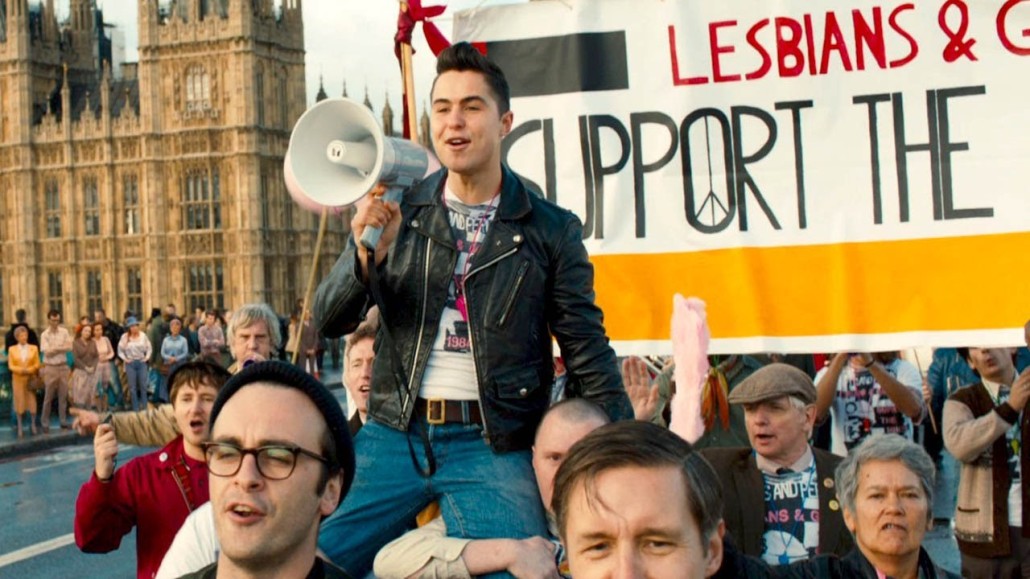 When watching Pride, written by Stephen Beresford and directed by Matthew Warchus, a warm, witty and timely film based on true events during the miner's strike of 1984, I was reminded of one of my favourite protest posters of the late twentieth century: 'If Thatcher gets up your nose, picket'.

I was taken back to a period of my life when bucket-waving and badge-wearing were everyday occurrences. I recall a time of political certainty for myself and my peers. We knew we wanted 'Maggie, Maggie, Maggie, Out, Out, Out!' We didn't want to go to war. We didn't want the miners to lose their livelihoods and we wanted tolerance and acceptance of diversity particularly of sexual orientation. Certainty can be good for the soul.

Pride deftly explores what happens when unlikely comrades begin to unite in solidarity. A group of London-based lesbians and gays identifying strongly with the oppression the miners were suffering at the hands of the police and the government decided to fundraise on their behalf. They chose to support a South Wales mining community most badly affected by the lengthening strike. However, the Lesbians and Gays Support the Miners (LGSM) enthusiastic and often flamboyant help did not find universal acceptance in the rather straitlaced Welsh community. Whilst many extended the hand of fellowship, there were plenty who felt the 'perverts' would detract from their cause and wished them gone. That desire to see 'the gays' gone is another theme running through the film as the impact of AIDS becomes deathly apparent.

The film is a comedy, but is deeply moving and inspiring too. In a Q&A with Warchus following a London screening he said that directing the film had driven home the belief that "fear of failure is no excuse for inaction". A rallying cry in an era when a feeling of personal political impotence can easily descend as we watch world events unfold on our phones but can also give voice to our views via websites such as change.org if we choose.