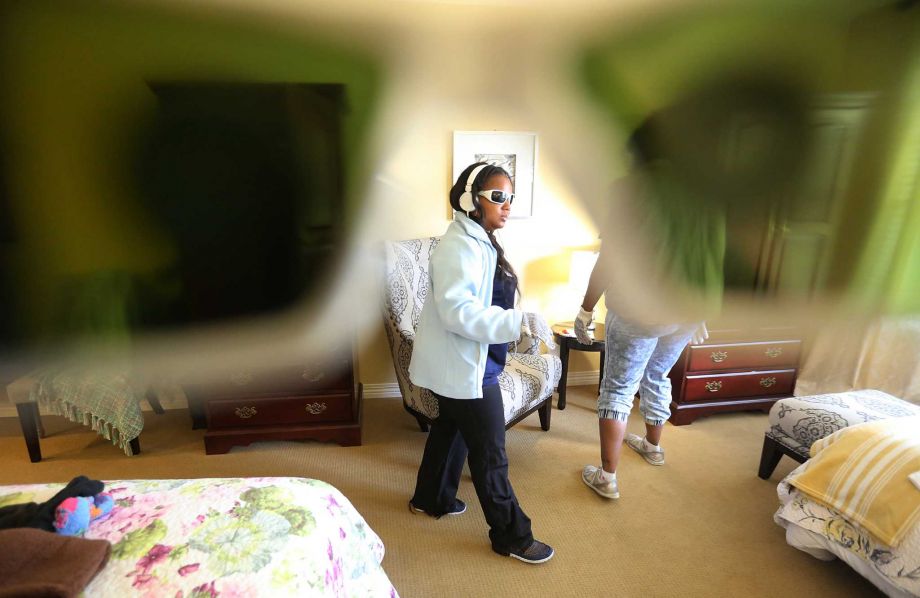 Now I Know What it Feels Like to Have Dementia

The Virtual Dementia Tour has been designed to mimic the reality of a person with dementia, and despite being a care professional who has worked for many years with people with dementia, the immersive experience was a shock to the system.

Within this virtual reality, various means were employed to limit my vision, inhibit fine motor skills, overwhelm my auditory senses and make me feel confused. After putting on special glasses and earphones I was told that there were five day-to-day tasks to be done. Once inside I was immediately bombarded with noise ranging from broken conversation to lawnmowers, kettles, and other household objects, all amplified. The room was dark and confusing. I could see someone standing in front of me but could not gather whether they were talking to me or whether they wanted me to do something. Incoming information about the world around me had become seriously challenging to interpret. I felt disconnected and isolated, despite there being six other people in the room. I was hyper-sensitive to breaches of my personal space; this happened several times, including at least once by someone taking notes on a clipboard. This was disconcerting and intimidating, and each time I would move away to a vacant area of the room.

I couldn't even find, let alone complete, the five tasks. Because of this I was verbally given a task: "Find a shirt and put it on". The task felt more like a directive than a request, especially since my limited vision meant I could not interpret facial expressions. Finding the shirt took time, despite it hanging in clear view nearby. Doing up the buttons presented a challenge. “Can you help me with this?” would have been an appropriate question to ask, but not once did it occur to me. My own lack of a voice surprised me. I felt completely disempowered and cut off from other people. Even though the trainers themselves would have been able to understand me easily, I felt unable approach them for anything. "What are the tasks?", "Can you help me?"; two very obvious questions that occurred to me only after the session.

After my session another group come through the room. One participant sat down and looked around, stood up, then sat down again. She repeated this several times, unable to make up her mind as to what to do. Others were audibly voicing their frustrations, and one started a small tug-of-war with a trainer over a sock. One girl shared with me how she had perceived people to be running around the room. This was a misperception which made her quite anxious and for almost the entire time she stood in one spot for fear of tripping or walking into someone or something.

We were all given an evaluation of our behaviour. I was surprised to hear that I repeatedly made grunting noises. I was also belittled over my attempts to do up my shirt. This was hurtful, as I felt it quite an achievement under the circumstances. The trainers had been deliberately patronising, to highlight how deflated one can be made to feel after a lot of effort. I know I have in the past redone someone’s buttons immediately after their finishing, without stopping to think about how I could do this while being sensitive to not take away from what may have taken them so long to achieve.

This immersive experience showed how important it is to be supportive of someone with dementia, to make them feel comfortable in their environment. Even a familiar household room can become confusing to a person with dementia. It is also extremely important for carers to alleviate feelings of fear and intimidation and build a relationship of trust.

Despite my professional knowledge of dementia, I realise now that I can never fully understand a person’s direct experience. Dementia certainly seems scary, confusing and lonely. My belief that people with dementia should be treated with respect and dignity has been reinforced, as well as the importance of treating them as individuals. Dementia is becoming ever more common, but it remains a highly personal disease that affects everyone differently. It is important that this is understood, especially by those in positions of care.