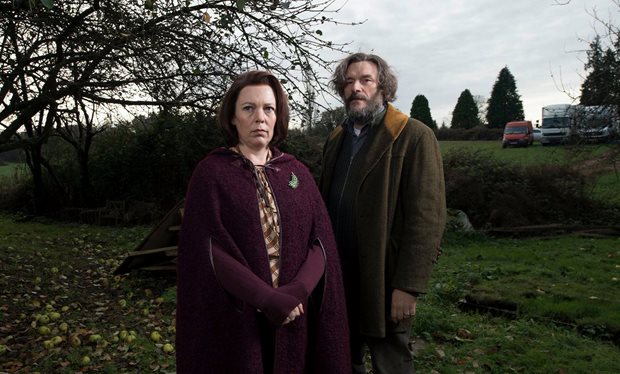 The shortlist for this year’s Mind Media Awards was announced on Thursday 15 September. The shortlisted entries from across the media spectrum, including for the first time a film category, cover an extraordinary range of mental health issues. The nominees will go head-to-head on Monday 14 November at The Troxy theatre in London.

Paul Farmer, Chief Executive of Mind, says: “The media we consume, whether through TV documentaries, print news, digital blogs, radio or film, has a huge impact on people’s attitudes towards mental health problems. Sensitive, accurate portrayals play a vital role in reducing the stigma and discrimination experienced by people with mental health problems.

“The entries this year reflect the media’s efforts to tell real stories, and dedicate an increasing amount of space to people speaking about their own experiences. I would like to congratulate all the nominees for making it to the shortlist, and wish the judges good luck in what will be a very tough job picking the winners!”

Here are some of the nominations, for a full list visit Mind:

UK rapper Professor Green, aka Stephen Manderson, takes an intensely personal journey to uncover the truth behind the suicide of his father seven years ago. Stephen explores the wider scourge of male suicide in the UK, highlighting the urgency of addressing this most pressing of problems.

My Baby, Psychosis and Me, BBC One (Matchlight Productions)

Filmed over 6 months, this intimate documentary follows two women’s experiences of postpartum psychosis as they are cared for at Winchester’s Mother and Baby Unit. From the bedroom to the nursery, the hospital theatre to the psychiatrist’s chair, we watch the most personal moments of motherhood and mental illness play out for Jenny and Hannah.

Grayson Perry’s new series focuses on issues of mental health from a gendered perspective. As a frock-wearing, mountain-biking father of one, Grayson has a unique perspective on his own tribe. The viewers see Grayson reflect on his own prejudices, machismo and upbringing.

The Island with Bear Grylls, Channel 4

Former Army Corporal Hannah, who lost her leg while on guard duty in Iraq, takes on The Island, challenging gender stereotypes and exploring issues of post-traumatic stress disorder as she does it.

Across a variety of reports, BBC Radio 5 live have addressed issues such as postpartum psychosis, PTSD, mental health at the Edinburgh festival and the dangers of sharing of self-harm images online. They engaged with case studies with lived experience, actors playing characters with mental health problems and charities in their reports.

Over the past 12 months Victoria Derbyshire has reported on dozens of mental health stories in addition to conducting its own investigations. They led a two-hour audience debate in which, 70 people stood up and told a national television audience how mental illness affects them, with empowering, emotional and illuminating results.

Athar Ahmad speaks to a number of men living with muscle dysmorphia, a little known anxiety disorder, including those who experience depression and have gone to dangerously extreme lengths to get their “dream physique”.

The Listening Project presents three revealing excerpts from a conversation between friends Tracey, who has experienced postpartum psychosis, and Joanne, who supported her during this time. They look back on the episode with honesty and humour, sharing memories that now inform their attitude to friendship, life and mental health.

Jeremy Vine’s 90 second stories detail the personal journeys of ten storytellers such as Alastair Campbell, covering issues such as depression, anxiety, self-harm and post-traumatic stress disorder. Their aim is to help lessen the shame, isolation and stigma around seeking help and talking about mental health.

The third and final series of My mad fat diary follows music-obsessed Rae, played by Sharon Rooney, on her turbulent journey into adulthood as she struggles with mental health issues.

Disconnected Maurice, played by Julian Barratt, and perpetually optimistic Debra, played by Olivia Coleman, are an unhappy but yet to divorce couple who live with their twenty-five year old twins, Amy and Donald. An ultimately uplifting look at melancholy, Flowers explores issues such as depression and suicide through the eccentric and complex Flower family.

Fifteen year old Drew is hurt and confused at his mother’s refusal to reveal any information about his father, and begins to self-harm. As Drew’s self-harm intensifies and a local doctor gets involved, Caitlin finally realises how much knowing who his father is means to Drew. With his family's support, Drew's journey towards healing begins.

Ffion is a recovering alcoholic whose tempestuous relationship with Gethin results in her drinking excessively again, putting her job as a teacher and her young daughter at risk. With the help of her friends, and Gethin, Ffion manages to overcome her alcoholism once more.

Held captive for years in ‘room’, a woman, Brie Larson, and her young son, Jacob Tremblay, finally gain their freedom, allowing the boy to experience the outside world for the first time. This film explores depression, suicidal feelings and PTSD.

A documentary about singer Amy Winehouse, this film uses archive material to chart the rise and fall of her life and career. Amy struggled with addiction issues, an eating disorder and depression throughout her life and sadly died from alcohol poisoning in 2011.

The animated film is set in the mind of a young girl named Riley. Her world turns upside-down when she and her parents move to San Francisco. Riley's emotions- led by Joy (voiced by Amy Poehler) try to guide her through this difficult, life-changing event.

Claire been writing about her experiences with social anxiety and panic attacks since 2013. During her recovery she felt that the majority of mental health resources were either too clinical or misery memoirs and vowed that once her health improved, she would document her experiences without the use of unexplained medical jargon.

Rosey’s blog, and subsequent twitter meet up under #PNDchat, gives mums a platform to connect via the internet on a weekly basis to talk about perinatal mental health.

Laura’s blog focuses on a campaign which aims to get people talking, to start conversations about mental health and to encourage people to be brave about seeking help. She asks people to take a selfie with a post-it note on their forehead with #itaffectsme written on it, upload it on social media and then share.

Katie’s blog is an insightful and candid look at her own mental health with diagnoses of Obsessive Compulsive Disorder, anorexia nervosa and depression.

Ruby’s blog, made up mainly of illustrations, is not only hilarious, but also moving and endearing. For a young artist Ruby show’s incredible maturity and insight into mental health issues, shining humour and light on often difficult and complex experiences.

Eastern Daily Press’ mental health campaign investigated the standard of service people with mental health problems were receiving in the region. They set up an investigative unit to delve into the issue and spent weeks speaking to carers and service users, meeting organisations and spent time with the local Mind in Norwich.

CALMzine magazine is written with humour and insight by and for young men. It features pieces about depression, anxiety, OCD, suicidal feelings and panic attacks and does so in a way which is readable, funny and inspiring.