Is There a Link between Mental Health and Violence?
Find a therapist
Find a coach
Join as a practitioner
Log in/register 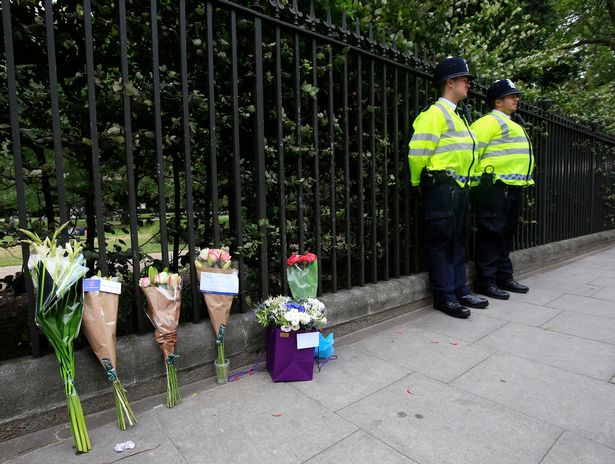 Is There a Link between Mental Health and Violence?

Following the Munich shooting in July, my 80 year old mother asked me, with some noticeable embarrassment: ”Can depression make people do things like that?”

According to the Bavarian Interior Minister Joachim Herrmann there had been several signs the perpetrator he had been suffering from "not insignificant psychological troubles."

I was surprised at her question, and then concern set in, as the very personal reality behind her question dawned on me.  Since the death of my father almost three years ago, my mother has been suffering from depression and anxiety. For her and many of her generation, it was a huge step to understand and accept what was happening to her.

Seeing what other people with depression are doing frightens my mother. It worries her, because she wonders whether people might think her capable of violent acts. And I wonder, whether she might also be frightened that depression can make her commit such acts. My mother is afraid of social stigma and afraid of the feelings she has just started to get to know, accept and manage with the help of counselling. And I am afraid, that she might start to withdraw again and suffer in silence.

How real is her fear? Is there a link between mental health and violence?

As the number of terror attacks are on the increase and as they are becoming ever more diverse, we as a local, national, regional and global society are experiencing a time of heightened nervousness and anxiety. I don't know about you, but I wonder how the news that the motive for Wednesday's Russell Square attack had been triggered by mental health problems rather than terrorism was received? With relief or with concern? Concern, that now we have something else to worry about: the threat of mental health?

In 2015 following the crash of the German Wings flight 9525 in the French Alps concern was raised, that people with depression are capable of such acts that the pilot Andreas Lubitz had committed. Then, Time to Change, a campaign to end mental health discrimination run by the charities Mind and Rethink Mental Illness, urged the public to avoid such assumptions.

Their research had shown that "over a third of the public think people with a mental health problem are likely to be violent." However, this assumption is not born out by the facts: "... people with severe mental illnesses are more likely to be victims, rather than perpetrators, of violent crime."

As the BBC's Claudia Hammond explains in a piece on the myth between mental health and violence:

"In the UK, between 50 and 70 cases of homicide a year do involve people known to have a mental health problem at the time of the crime – but these perpetrators make up a tiny minority of the 7 million people in the UK estimated to have a significant mental illness at any given time."

Research studies show that there is an increased risk of violence in those living with schizophrenia, compared to the general population (see for example Fazel, 2009, Short 2013). However, estimates of the size of this risk vary, and all of the studies agree that the vast majority of people who have been diagnosed with schizophrenia will never be violent.

To try and understand why some people with schizophrenia might be violent, when the majority are not, researchers have looked at a number of other factors. These other experiences or situations can also be said to increase the risk of someone being violent, whether they have a mental health problem or not:

For people who are experiencing mental health problems and have behaved violently, the highest level of risk occurs when that person:

In summary, mental health problems do not necessarily lead to violence towards others. The overall incidence rate is low and other factors play an important role. Responsible reporting in the media and responsible handling of concerns by us all, especially mental health professionals, the police and authorities is essential.

At a time of heightened fear we cannot afford for mental health stigma and to undo all the good work that has been done. We cannot go back to the days when we are afraid of people with mental health difficulties, which could be you and me, or to speak about mental health in hushed tones.

We should be concerned that those at risk get the appropriate mental health and social support they need in a timely manner. Problem detection and service provision needs to be adequate.

In the meantime, I am reassuring my mother, and hope she will continue to share with no sense of shame what she has learned about bereavement, depression and anxiety, and how she is learning to take care of her mental health.