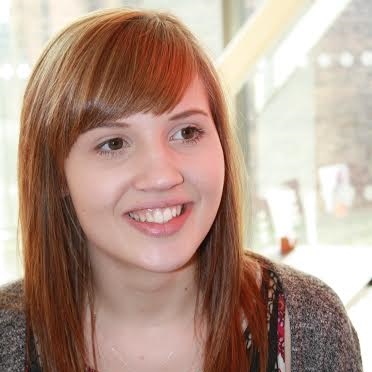 ​I was Anorexic but McDonald’s Saved My Life

Jo Thompson, 23, from Solihull, is a mum to two children and is studying midwifery at the University of Worcester. Here she shares her story of living with anorexia, which comes to us via Fixers.


I was 11 when I began suffering from anorexia. I don’t know what the cause was; it seemed to come out of the blue.


Within six months my weight had dropped to four stone and I was hospitalised. Doctors gave me just 48 hours to live. With Fixers, the charity which gives young people a voice, I created a short film telling of my struggle. You can watch it here.

Somehow I survived but I would spend the next six years in and out of hospitals as I continued to battle the illness. While I was in hospital I struggled to comply with the treatment. Terrified of putting on weight, I did thousands of star-jumps in secret to burn off the calories. Because I resisted treatment I was sectioned twice and force-fed through a tube.

At 17 I left hospital and it dawned on me that I was spending every minute of the day thinking about what I’d eaten and how much exercise I needed to do to burn off the calories. Anorexia takes over every aspect of life; you have a distorted body image and an intense fear of gaining weight which only gets worse the more weight you lose.

I jumped in at the deep end and went to work in McDonald’s.

Then, something clicked in my head and I realised that I really wanted to live a normal life. And part of that meant getting used to seeing people eating around me. I jumped in at the deep end and went to work in McDonald’s.

At first the smell of food was overpowering and every day was a struggle. For years I couldn’t even walk past a McDonald’s without holding my nose for fear I would gain weight… but something had changed in me. Seeing people eating made it seem like the most normal thing in the world – a contrast to the way I’d come to view food as the enemy.

After years of suffering from anorexia, my warped idea of lunch was a handful of peas. Over time, I became more used to being around food and my relationship with it improved.

For me, it was as big a battle beating my demons as it was maintaining a healthy weight. Now five years into recovery, I’m keen to use my experience to help others. In 2010 I fell pregnant despite being told I was infertile due to my anorexia. I now have two children and they’re my inspiration to never get ill. I won’t let it take hold of me again.

I’ve been working with Fixers to get health professionals to realise that having an eating disorder isn’t black and white; it’s not a simple case of just eating more. Eating disorders go hand-in-hand with mental health implications so it’s about treating the mind as well as the body.

It is widely believed that anorexia is purely about being a low weight and whilst this is often part of eating disorders they are so much more than that. You don't have to be underweight at all or have any obvious physical symptoms; many sufferers are very poorly but aren't underweight or have reached a healthy weight in treatment but are still suffering immensely mentally.

By presuming you have to be very underweight to be unwell with anorexia we are potentially leaving many people without treatment until it becomes too late. We know that early intervention greatly improves the likelihood of recovery and decreases the likelihood of lifelong complications such as infertility and osteoporosis.

I think mental health staff need training from people who have had an eating disorder – because nurses just read from a textbook. I can’t just put food in my body like I’m putting petrol in a car; there are no feelings in a car.

That’s why I’m supporting a new online forum created by Fixers where young people who’ve had an eating disorder can talk about their experience in order to help others – be it family, friends or professionals – understand.

Never give up. Recovery is possible.