How Could I Have PTSD?
Find a therapist
Find a coach
Join as a practitioner
Log in/register 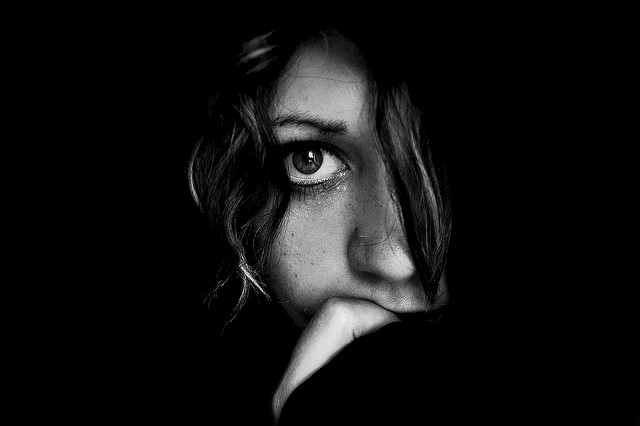 How Could I Have PTSD?

Every day since I was diagnosed with PTSD I wonder where I would have been at this point now were it not for my therapist friend. What might have happened if she hadn't taken me to the pub for a green tea after our Zumba class?

I didn't always go to that class and we didn't always go to the pub for tea. We'd head back home to dinner and TV, saying goodbye at the junction where we went our separate ways. That day I was in a terrible state and willed myself to the class. Dance has always helped my mental state, so much so that I even teach dance classes as a hobby. My day job is copy writing, so moving, dancing help me counter being rooted to the screen. Moving empties my head from the words that are my work - and the words that are my inner anxious voice.

I could run home after the class, ostensibly for a deadline avoiding even my friend. I don't remember why in this state I said yes to going for a tea. I do remember my friend's hand touching my elbow, and steering me out into the blur of the evening, to the unlit fireplace in the corner of the nearby pub.

My therapist friend is gentle, empathetic, an astute observer and hugely compassionate. Despite her own life problems she is not self absorbed. When she asks how I am she really wants to know.

That evening when she asked how I was I couldn't answer. Days later I asked her how she knew I was more than anxious that evening, how did she know not to let me go home? It was, she said, 'there'.

That evening I broke down as I tried to answer the simple question of how I was feeling. The words wouldn't come out. She sat opposite me,her back to the wall, my back shielding anyone's view of me. There was no table between us. Tears rolled down my face and I hang my head in the shame of a pain so deep I felt I had no right to exist. And then what I had been battling to keep down for the past couple of days hit again like a tsunami, a torrential series of flashbacks downloading like a virus. I sat cradling my head in my hands as if to protect myself, in a state of bare awareness of where I was, with the sound of my beating heart booming in my head, faster and faster, as I struggled to breathe. Then I became aware of arms, her arms holding me, and the relief that someone was there. I was safe.

Eventually, when I could breathe normally again, she spoke. 'Go to your GP tomorrow and say your therapist friend has diagnosed PTSD.'

PTSD? I knew as I repeated the word that it chimed right, even though out of my mouth I questioned, really? As a copy writer I've done quite a bit of work on medical sites, and have been aware that post traumatic stress disorder is not something confined to soldiers returning from war. But whenever I came across the term two things happened. If in the context of a medical description, I never made the connection with me. Me, I'd done my therapy, my healing, my forgiving, I was over the worst. Me, I'd put the past behind me, I wasn't handicapped by it any more. Me, I suffered from anxiety when life got too much, but given that I functioned pretty well, well anxiety was just one of those things I accepted and managed.  My second response was anger. A couple of months before I was hit by the flashbacks but my inner volcano was rumbling,  I read a piece by Deborah Orr about being diagnosed with PTSD. It was scary how word for word her words could have been mine, yet I was angry. Angry that she could write about her mental state openly, just as I've been angry with columnists like the late Sally Brampton being able to write about their depression, and pop stars like Lady Gaga proudly declaring they've suffered from PTSD. Because I couldn't, can't. I was born in this country, but come from a culture where mental issues are still taboo. I don't have the support of a family to make my issues public. I couldn't cope with fallout of doing so, I admit that.

That night I went home and reread Deborah's piece word by word, slowly, and cried with relief.

The next morning I couldn't get myself to the GP as I was hit by another hurricane from the past. By the time I made it to the surgery there were no appointments, and the emergency slots were gone. I was still struggling to breathe, my chest ached, and I couldn't speak. I wrote down on a piece of paper : my therapist friend says I have PTSD. Suddenly I was fast tracked to an emergency appointment. I have no recollection of what was said, other than me sobbing and the young doctor assuring me that they would help. Fortunately my boyfriend was on his way from abroad to stay with me. I remember being told not to stay alone. Two days later I had a double appointment with a female GP.

I've moaned a lot about the NHS but I take it all back. When the flashbacks hit me in my flat I was so frightened I bashed my head against the wall to stop them. Physical pain was easier to bear than emotional. If my therapist friend hadn't urged me to go to the GP with an explanation, and one that mattered to me, I may have lost control of myself.

There was absolutely no doubt, both GPs insisted, that I was -am- suffering from PTSD. I kept repeating the word to myself like a mantra. This was, is, me. I'm not mad. I don't have to be frightened. There are treatments.

A period of extreme family stress in which secrets and lies emerged from the past, on top of work uncertainty, and finding a friend collapsed and barely breathing in and out of consciousness, all in the end cracked the seal I had put on my past.

My chest ached as the flashbacks came at me with no warning, striking like missiles, leaving me convulsing, unable to breathe, with piercing pain in my chest . I'm a veteran of panic attacks but this was something else. Perhaps I had a heart condition?

So the diagnosis of PTSD was a relief for several reasons: I don't have a heart problem (though sometimes the emotional pain is so intense I wish for a swift end, now, now, now) . Everything now makes sense: my inexplicable anxieties, my feeling overwhelmed, protecting my fragile self with a confrontational persona to hide my vulnerabilities, feeling terrorised yet always covering this. Nothing could break me. But of course, it all catches up in some way.

The biggest relief from this is that I feel heard and accepted for who I am. This gives me the hope that I can overcome this. The trauma is so severe, that my brain cannot correctly process the series of traumatic memories. But the memories are not my imagination. The memories are real, and now there is hope for me.

I don't know how long it would have been before I reached this diagnosis without my therapist friend telling me, and every day I'm grateful to her. I'm not capable of suicide, but that night I was so trapped in the past, with no sense of my surroundings, if she had let me just go home, I might have accidentally stepped in front of a car.