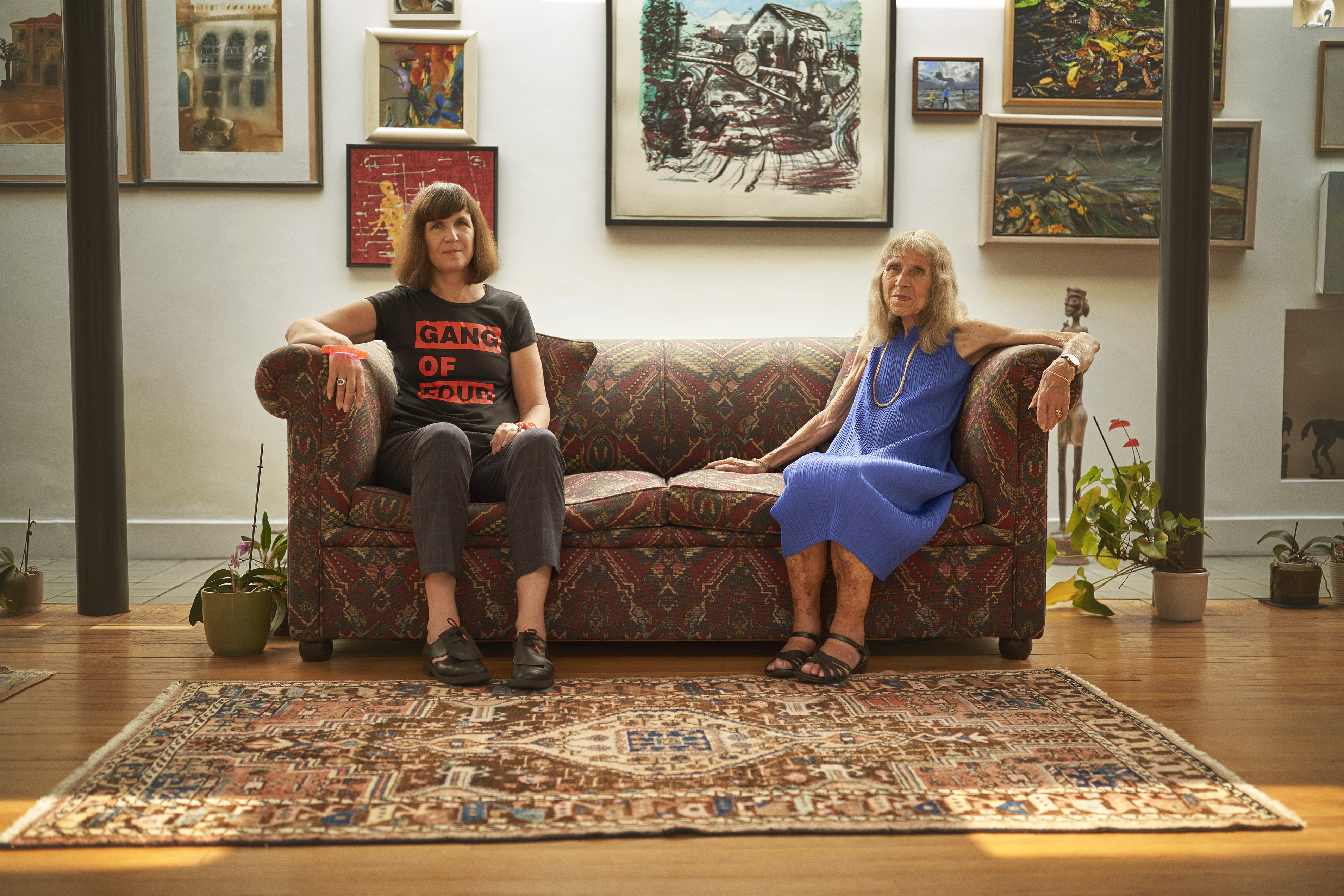 Catherine Mayer and her mother Anne Mayer Bird became widows within 41 days of each other. In just under a year, they have together produced a book – Good Grief: Embracing Life at a Time of Death – not just telling their individual stories but helping people who are grieving, and those around them, to navigate this strange, new world.

Catherine Mayer is a London-based author and journalist, and co-founder of the Women’s Equality Party. For nearly 20 years she was married to Gang of Four co-founder Andy Gill. While Mayer’s stepfather’s death might have been, due to his advanced age, unremarkable, when Gill was admitted to the ICU of a London hospital in January this year it was a shock. Only some months after his death in February was it seriously suspected that Andy Gill may have died from coronavirus. As Mayer told me, “I rejected the idea at first, the timeline wasn’t right. The band had been touring in China, but not to Wuhan. However, later it became apparent that the virus had reached Europe earlier than first thought.”

Grief-stricken, and then isolated in lockdown, the two women would see each other once a week (Catherine acted as her mother’s carer, allowing her one visit a week). The book comes out of their talks during this time: it is easy to imagine them, as the cover shows them sitting at either end of a long Chesterfield.

“I did not want to write about the death of Andy. It felt too soon. But my mother had written these wonderful letters to her husband, telling him what had happened since he had died. I felt she would benefit from a project, but as I started writing I found I too had an enormous amount to say. I felt very strongly about people’s misunderstanding of grief, the way people were awkward about us as widows. They didn’t understand about how were were feeling.

“There was also the fact that people are massively unprepared for the loss of people they love. You can’t do anything to ward off the pain but you can do an awful lot to be prepared; there are avoidable nightmares as well as unavoidable levels of grief.

“I also hope the people will find it encouraging, uplifting and even funny - there’s a huge amount of black humour in what goes on too.”

Both Catherine Mayer and her husband have experienced a larger than usual number of bereavements in their lives. Gill’s close friend was Australian singer Michael Hutchence, and the couple was also very close to Hutchence’s wife TV presenter Paula Yates; both died before reaching middle age. “I know from experience how dangerous grief can be, so I talk in the book about making grief welcome. When I was grief-stricken for friends of my own age – looking back at a lot of what I did,  trying to be productive and so on – it was really quite destructive.

Both she and her mother are still coping with the “sadmin” created by the death of a loved one. Gill died intestate, and Bird Mayer has been flummoxed by much of the technology surrounding finance and government regulation. “A lot of grief that can be quite pure is polluted by horrendous amounts of this sadmin. Also, you’re just not capable. I lost whole periods of time; I really shouldn’t have been driving, I was covered in bruises but I couldn’t tell you where I got them from.”

Mayer did seek bereavement counselling, returning to a therapist she and Gill had seen during a rocky patch after an earlier bout of grief following a friend’s death. “At that time I didn’t recognise the power of grief to disrupt - I tried to push Andy away; a common grief reflex. I almost brought about the thing I feared the most.”

She saw the same therapist again when another friend and her stepsister died, then when faced with her husband and stepfather’s loss she brought together her two sisters and another stepsister for several sessions. “We found it very helpful, and have continued talking to each other on our own, acknowledging our now different kinds of grief.”

The timing of Anne and Catherine’s loss at the beginning of a pandemic has in some ways made it easier for them, says Catherine, but it complicates things going forward, in terms of not being able to seek companionship. "But unlike many of those who have lost people this year, I did have the luxury to be there as they died, and to bury and memorialise them as I was able to do.”

Mayer is now bringing to fruition her late husband’s dream to produce an album of cover versions of Gang of Four songs, which will be released in May 2021. She is thrilled by the response to this; as she said when I interviewed her, “I wish Andy had known when he was alive how loved he was, by so many people.”

Grief in the time of coronavirus: coping with loss in lockdown

Could thinking about death improve our life?