Hostiles: A Realistic Portrait of Long-Term Relationships?
Find a therapist
Find a coach
Join as a practitioner
Log in/register 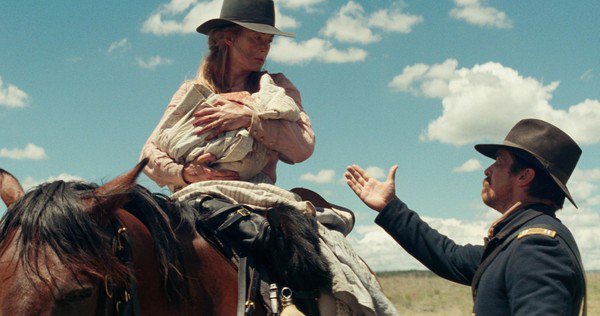 I recommend this powerful and tense film. I promise not to give away the story. But I will share the premise. An American captain finds himself cornered into a situation where he has to protect a feared and hated enemy on an arduous and dangerous journey.  It's my view that it's an important aspect of what a long-term relationship is really like. Once the initial projections wear off, and you have face things that you have been blind to, but have been there along.

In our culture we are generally shown images of people getting along well on TV, in rom-coms, in adverts, in Sunday supplements. Isn't that model of e-harmony, a dating website that is supposed to match you with another person, just like you, based on a secret algorithm? Just answer the questions correctly, pay the fee, and in fifteen minutes you will be matched with your potential true love, or your money back. A life time of foot massages, bubble baths and "love you" notes awaits you.

But hang on a minute. In our heart of hearts we know this is an illusion. Lies, deceit, infidelity, incompatibility, irritation, boredom, hatred, contempt, despair, low level of warfare, aren't these actually a better description of major stretches in long term relationships? If only your partner would change, or die, or shut-up, or apologise, everything would be ok! Not that there isn't a great pleasure too, but it seems to be mixed in with the other stuff: the pensions, the laundry, the rota, the in-laws, the children, the extension, the gum disease!

Why stick with this. Why not leave. Or freeze them out. Or just have the most minimal contact on a need to know basis? Why not create impregnable defence systems? In the case of the American captain travelling with his sworn enemy, maybe he should shoot him and be done with it, and create an alibi? There would be no witnesses, or he could get them all to go along with his story.

The analyst Adolf Guggenbuhl-Craig reckoned that is worth sticking with it during these demoralising periods in relationship in the name of profound development. His thinking was that a genuine encounter with the things we find hard to bear in ourselves or others was a path to growth for the individual and the couple. Faithfulness and fidelity would make the experience of the encounter more painful, as there is no escape, but it would also be potentially more bountiful on the other side. The concern would be that if you just left or had an affair, you would be likely to repeat the same pattern with the new person, in a different form; the opportunity for development would be missed. It doesn't mean you have to just put up with things. The famous quarrels of Zeus and Hera, in a long term relationship, still result in lightning! But even sticking in there, and arguing your point, has a value. According to this viewpoint, what is in the hostility, where will it lead to, these are the questions.

In modern life, we don't need to travel across country in dangerous convey for week and weeks. Yet, we do still need to travel psychologically, for even longer periods, as we live much longer than they did in 1892. We would do well to respect the difficulty of this journey, and draw on all the resources we can to survive and develop through it. This is where an analyst can be of great help. The analyst can help you pore over these intricate and seemingly insurmountable difficulties with a view to thinking about what is in you, what is in them, what has been created by you as a couple. Anyone can get along with sameness, but facing the opposite in yourself, or in your partner, opens the door to something deeper, something more.