Gone Girl: I Blame the Parents
Find a therapist
For therapists
Log in/register 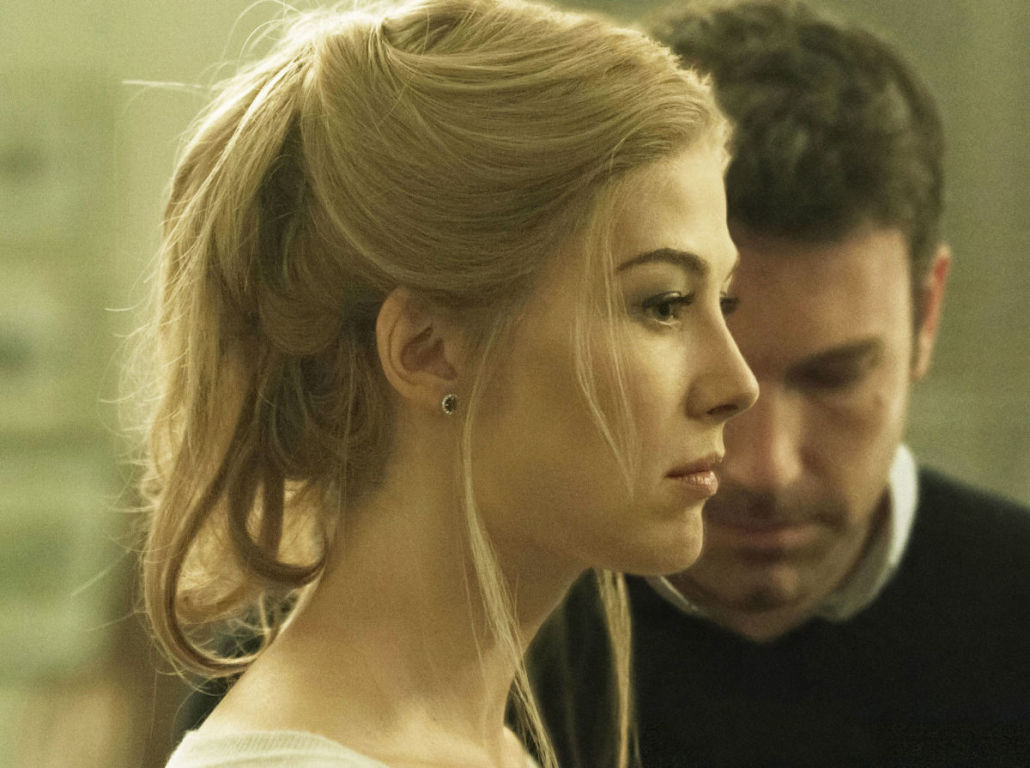 Gone Girl: I Blame the Parents

It's hard not to blame the parents.

there are many different dyadic and triadic relationships with which to engage: the husband and wife, the twin brother and sister, evidence-based versus intuitive cop, obsessive past boyfriend with husband and wife, husband, wife and mistress but the one that I kept wanting to pick at like a hardened scab on a child’s knee was the relationship between the central character, Amy Dunne (played by Rosamund Pike), and her Waspish parents Rand and Marybeth Elliott (the actors David Clennon and Lisa Banes respectively). When we first meet Amy in the film she's a woman with a slightly sketchy job (in the novel she writes quizzes for a magazine), she is deliciously fresh, a kind of Audrey Hepburn for the 21st century. Her blonde ponytail swings, she sashays around town as she and her gently slackerish journalist boyfriend, Nick, (played by Ben Affleck) become more entwined. However, her personality is most clearly defined not by anything she says or does but by the fact that her father is an author who mercilessly uses her life as the basis for his series of bestselling books Amazing Amy.

Where she fails her fictional character succeeds.

We see how Amy’s own experiences, likes and dislikes get eclipsed by Amazing Amy’s. Where she fails her fictional character succeeds. If she cannot ride you can be sure Amazing Amy jockeys winners. It's blindingly obvious how hard Amy finds living up to the character and being human. It’s not by chance that Amy and Nick’s most transgressive act whilst they’re dating is to have sex in a public library, it’s as if they are both trying to take her off the shelves and into life. We see Amy begin to crack when her father’s new plotline revolves around Amazing Amy getting married. Any ironic tolerance she has for having her life (the life of an only child) plundered and revised seems to evaporate. Her parents, meanwhile, are quite oblivious, satisfied that if they are happy (and happy seems to mean to them financially secure and upwardly mobile socially) then she must or should be too. No matter that their daughter may wonder when, if ever, Nick will propose to her.

They are narcissists who, in turn, create one of their own.

And if her father has so carelessly married her off in his book before her time (and imposed upon her to attend, with a smile, the book’s launch to boot) then surely Amy must also ponder the possibility of also being betrayed, divorced, or widowed in an Amazing way in the not too distant literary future in the cause of her parents’ swelling coffers and egos. Amy’s parents seem to value her only for any reflected glory they may have from her physical charms and for their capacity to exploit her for financial and social gain. We do not see them making personal sacrifices for her, loving, supporting or offering her warmth. They are narcissists who, in turn, create one of their own. They let Amy believe that a fictional character need not be just as good as a real one; it can be better, much better. Let your imagination run wild! And so no wonder that Amy does just that when real life lets her down and the fairytale marriage she hopes for is dented by the reality of redundancy, disappointment and disagreement.

They let Amy believe that a fictional character need not be just as good as a real one; it can be better.

When a child is abused by a father within a family the cry so often goes up: "What was the mother thinking? Why didn’t she do anything?". The same is true here. Amy’s father is the exploitative, abusing writer, but Amy’s mother does nothing to stop him and, in fact, when Amy goes missing and is presumed by most to be dead, both parents seem less than devastated but rather equally eager to use the opportunity to promote the sales of the Amazing Amy books. Psychosis (and given Amy’s grandiose and paranoid delusions I think we can assume she’s a sufferer) is a complex mental health problem with a multitude of causes. Emotionally absent parents given to repeatedly denying a child’s reality could provide sufficient stress and anxiety to create the sort of trauma that is a trigger. Amy’s actions in the film shock, disturb and outrage but although it’s hard to feel she’ll get away with her criminal actions, I believe that even if she were to engage in years of intensive therapy she’ll still be left with her degraded inner world which might prove punishment enough. Ultimately, if we’re wanting to apportion blame for all the misery meted out in Gone Girl I don’t think we should look uniquely and unwaveringly at Amy but should open our eyes rather more widely and include her parents in our sights.