Culture Tip of the Week: Searching for Sugar Man
Find a therapist
Find a coach
Join as a practitioner
Log in/register 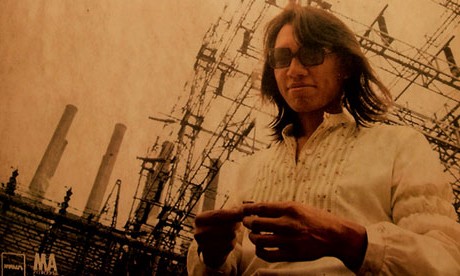 Perhaps it’s because I am trying the sugar detox plan that I reached so readily for the DVD of Searching for Sugar Man this week. I am glad I did. It is a heart warming documentary following a quest by two fans to find out what really happened to their American musical recording hero of the late ‘60s, Rodriguez.

Lauded at the time as writing lyrics to rival those of Dylan, Rodriguez performed only in North American dives and, despite the attention of celebrated producers, his records bombed and he disappeared into obscurity. That was in America. The story was very different in South Africa where he became a legend despite never playing a gig there. “Bigger than Elvis” says one commentator. His music was revered and his prophetic lyrics – though banned by many radio stations – were a rallying cry to many in the anti-apartheid movement. Myths surrounded his disappearance but most were sure that he had committed suicide on stage by either self-immolation or by a gun to the head. Two fans, a socially conscious shop owner whose dedication to singing Rodriguez’s track ‘Sugar Man’ had earned him the nickname Sugar, and the other a very determined music journalist, combined forces to find out the true story.

What follows has the feel of a home movie and is humane and uplifting. With frequently shaky camerawork it covers considerable ground from the overt racism of South Africa to the less obvious kind that faces a Mexican/Native American in Detroit. Rodriguez’s dogged fans take us through the dodgy world of intellectual copyright in the music industry including an unmissably unsettling interview with Charles Avant, the ‘Godfather of Black Music’. It is a story about perseverance, families, hard work, joy in the face of adversity. The enthusiasm of the music nerds helps to sweep us along in the sheer pleasure of making and experiencing music. We learn that not all is as it seems. The soundtrack is absolutely wonderful too.