Butterfly: Why Gender Transition is A Family Matter
Find a therapist
Find a coach
Join as a practitioner
Log in/register 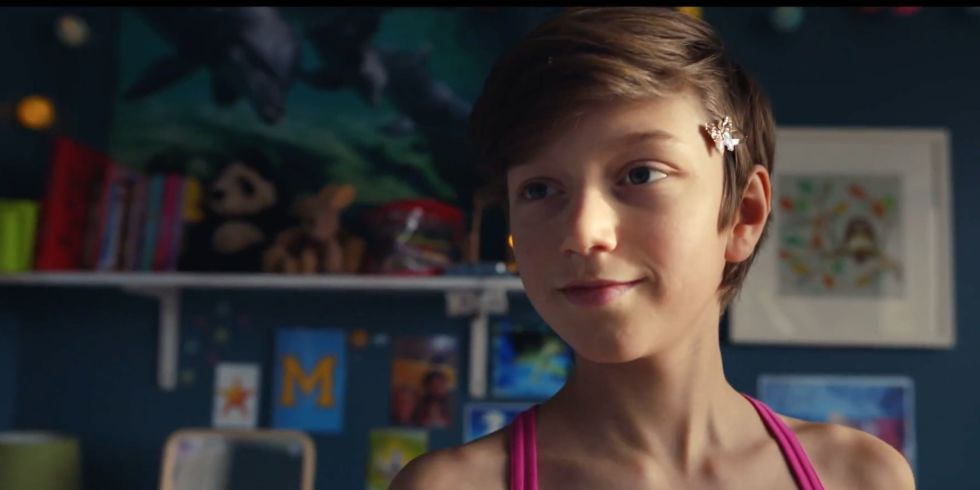 Butterfly: Why Gender Transition is A Family Matter

Traditionally, the gender transition is considered as a process that happens to an individual, and the focus is on supporting them. The recognition that those who offer support may also be affected by the change and needing support is not often granted (only if they actually ask for help).

The new ITV series Butterfly offers a case study allowing us to observe the impact of gender transition on the whole family and understand that all the people close to the person going through gender transition are also in some way affected by the process just by the virtue of being a part of the family. This is an approach to family therapy regarding families as “systems”, where all its members are interdependent elements. We expect of each other to behave in a certain way because maintaining the system depends on it. When one family member changes, the others have to adjust their behaviour accordingly, otherwise the system may collapse.

It is as if the new entity called ‘Transition’ has entered the family space and everyone has to move around to make room – whether they like it or not. Everyone has to develop a relationship with Transition and recognise that its presence is also changing their relationships with each other.

The characters of Butterfly illustrate well the assumptions of systemic therapy and allow to examine their relationships with Transition.

The main character Maxine (Max to his family when we meet her) is 11 years old, just starting secondary school.
Her relationship with Transition is the closest and most intimate one, but not easy.  She didn’t choose to go through it, she just always knew that she is a girl. For a while it was okay for her and Transition to live only in her room, as Mum was allowing that. But when the body started changing it became more difficult and distressing to leave Transition at home and live as a boy at school. Maxine has moments when she hates Transition – it would be easier if it wasn’t there and her Dad could love her as he used to. She blames Transition for Dad leaving home, but also knows that she can’t be the way he wants her to be.

Maxine is veering between being happy and heartbroken: how to choose between Transition – the most understanding friend, and the Family – which means the world to him.

Vicky, Maxine’s Mum, tries her best to meet her child’s hopes and be happy for her. Her relationship with Transition is ambivalent. She can see that since Transition moved in to their home her child is much happier, but she can also see all the troubles that it brought with it – medical issues, reactions of the extended family, and all the potential threats in school life, a divide between her and Maxine’s Dad. She can also see that her husband hates Transition as much as he loves his son and is watching him run away from her and the family.

Transition brought the sadness and despair of losing a son, and guilt for not being able to be fully happy for ‘gaining a daughter’.

Maxine’s self-harming episodes terrified her and made her realise that Transition was not joking about how much it matters for Maxine’s happiness.

Maxine’s Dad (Stephen) sees Transition as a cruel enemy that not only took away his lovely boy, but seems to be taking away his wife. He loves them both, is desperately scared of losing them. He doesn’t understand the language of Transition and feels it is beyond his ability to ever learn it. He hopes it goes away … He comes back home, having initially ran away from Transition, with the hope that his male influence will defeat it. He cannot understand how to continue loving his child; Transition has threatened his pride and ego, but hopefully will also teach him to love beyond his fear and lost dream of being the Dad of a Son.

Maxine’s sister Lily is 14 years old  and seems to be the most open and welcoming to Transition – perhaps even more than Maxine, as she can see how much it can help her sibling. She is the agent of change and encouragement for coming out at school, as well as the guardian angel against school bullies. Despite this huge involvement and responsibility, fear for her sister and support for Transition, she feels that in turn she has been marginalised by the family (she shouts “I am pregnant” to get attention in family meeting) and the services (not being included in family therapy).

Maxine’s grandparents are quite pleased with themselves for being accepting of their grandchild being gay. They have no interest of learning what is really happening – they do not see Transition, or rather dress it as Mum’s incompetence, and seem to get away with it for the time being, perhaps because they live separately and can choose what they see.

The scenario above is one of hundreds. We can argue with how realistically the pace of events and depth of characters are portrayed the Butterfly creators, but each of the situations and even the dialogue lines are taken from real family stories. It clearly shows that everyone in the family is finding their way to relate to Transition. There is no other way. Even if one person says ‘I have no relationship with Transition’ it is still a relationship, albeit a very bad one.

Butterfly in the title was possibly intended as a reference to the Maxine’s hairpin and/or her transformation into Maxine.

Another possibility, viewing the series through the lens of systemic approach to gender transitions, is to see the Butterfly as the impersonation of the Transition itself, entering and trying to exist within the family space. From such perspective we could see that it is neither threatening nor overbearing. It can bring light and colour to the lives of Maxine and her family as long as they learn how to look at it and after it.

If Transition Butterfly had a voice it would perhaps say:

‘Please understand - neither of us asked for me to be here. Please don’t try to catch me and squash me. I am not a threat, I am a dreamcatcher. It is up to you whether you see me as an ugly useless moth or a colourful miracle that can bring smile to your eyes and Maxine’s heart.'

Maybe then the family will see that the love and loyalty they had for each other before Transition Butterfly arrived, are deeper than the challenges it brought.

The psychology of gender: what are the different perspectives?

How might ideas of gender affect our sex lives?