​Bullying: A Cry for Help?
Find a therapist
Find a coach
Join as a practitioner
Log in/register 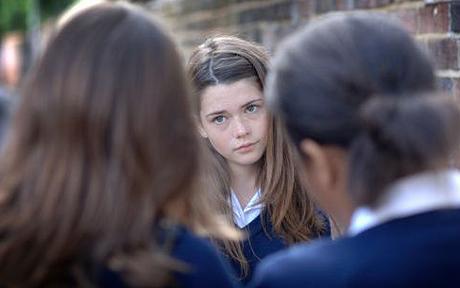 ​Bullying: A Cry for Help?

Many of the clients I work with endured some form of bullying at school. All my clients who have experienced bullying can still vividly recount what was said to them by whom and are able to describe their bullies in fine detail – which is quite something when you consider that these incidents usually occurred several decades ago.

I also work with some clients who have been accused of bullying at some point whether at school or in the workplace. The shame and guilt they feel for this – often decades on – weighs very heavily on them. So, what turns a young person into a bully? Many of us, when we feel bad about ourselves, want to make others feel worse. This is why we’re more likely to make a snide remark when our hearts are broken, when we’ve been rejected. In this way, we feel we are gaining the upper hand on the person we’re bullying – who they are often doesn’t matter, just the fact that someone has been made to feel worse than us is enough.

With children and young people, the instinct to hurt after they’ve been hurt ourselves can be very strong, it’s almost a reflex behaviour. Hopefully as we grow up and mature, we curb this tendency. However, some never do.

Whether bullying is more of an issue now than before, I’m not sure. It would be tempting to blame social media, the absence of validating father figures etc but I think that’s too simple. Human nature hasn’t changed that much. What’s changed in my opinion is that there is more awareness of the issue. Bullying campaigns fronted by celebrities, and teachers becoming more alert to the issue (as if they aren’t the repercussions can be grave) have turned bullying into an #issue. While it’s healthy that bullying is being discussed, the current suggested solutions seem to be ultimately focused on the victims of the bullying. While it’s important that people who have been bullied are given as much as support as possible, I would argue that the bullies themselves also need some care and understanding.

When we hurt someone, we are acting from a vulnerable, wounded place. Trying to understand the reasons why a young person would choose to try and undermine their peers either emotionally or physically would go a long way to healing the bully and thereby preventing bullying. Individual or family systemic therapy can be very useful in these cases to tackle the reasons why the bully feels so low that the only way they can see to make things better for themselves is to make others feel bad too. The roots may well be found within the family but without therapy it’s difficult to make that link.