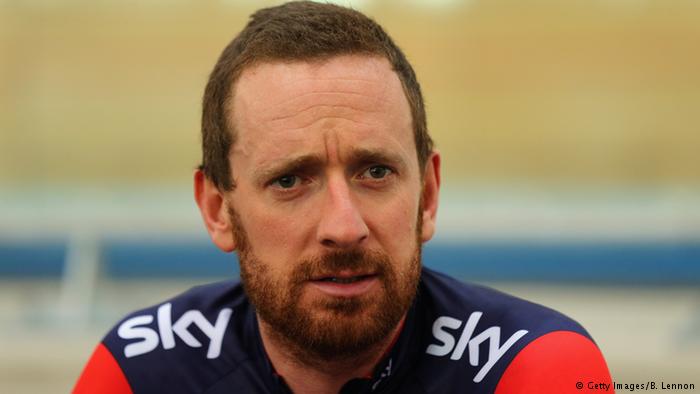 Bradley Wiggins Has a Dark Shadow - And So Do You

Is Bradley Wiggins evil? No, of course not. He’s a mod, with a nice beard, and he’s won lots of bike races. He’s a family man. Despite the fact his father was a violent alcoholic who left him when he was two years old, he seems to have turned out alright. He’s trained hard and competed even harder.  He has true grit, and that’s what helped him win the Tour de France. It’s a gruelling race that requires a monastic preparation. Still, something is not right. Jung wrote wonderfully about the human shadow. Despite our best intentions, we all have a “shadow”. The shadow is all the stuff we can’t see, that we would deny about ourselves. It’s annoying, it’s messy, it can be a bit evil.  It contains our instincts, sexuality, envy, greed, aggression, hypocrisy and plenty more. The more “civilised” we are, the more stuff we load into the shadow. Given the nature of modern life, we invariably have a long shadow.

Bradley Wiggins belonged to Team Sky, a machine-like sports team that was intent on winning the Tour de France at all costs. Interestingly, they claimed to be “whiter than white”, and set out to put the chequered dope splattered history of professional cycling behind them. They were the team with no shadow. The cycling team was going to be made up of saintly spiritually enlightened cyclists who drank Evian and ate broccoli to get them over mountain ranges at supersonic speeds.  Yet, as Jung noted, the more we try and claim our purity, the darker and inkier the shadow.  Team Sky claimed to be drug-free and “clean” team. Yet, the whole thing was a sham. Many commentators intuited something was wrong, and disliked their team bus, with its blacked out windows, which was nicknamed, “Dark Star.”  We now know that Team Sky exploited the medication rules ruthlessly.  Bradley Wiggins was administered a very strong medication, aimed at very sick people, in order to enhance his performance:  specifically to lose weight whilst keeping strong.  This is exactly what professional cyclists need to race in the high mountains with their leg-sapping gradients.  Professional cyclists, with their huge heart, lungs and thighs, are extremely fit; the last thing they need is medicine intended for ill people.  He took the medication with perfect timing, just before his big races.  He was given large doses by injection; yet in his autobiography he conveniently omits this fact.  We blank the shadow out and deny all knowledge of it.  Yet, like the psychologically astute story of Jekyll and Hyde, every time you drink the potion, its hold becomes stronger, until your very constitution is altered, and you can’t change back!

We are always quick to deny our shadow material. It’s usually buried deep in our unconscious and whilst we see wrong doing in others, we are unlikely to see it in ourselves. This was perfectly illustrated by Bradley Wiggins' team mate, the taciturn Chris Froome.   Chris was a vocal critic of Bradley Wiggins' use of medicines to enhance his performance.  Yet, in the most recent twist in the saga, he has recently failed a drugs test himself due to the use of an asthma medication. I imagine Chris Froome was unaware of his own behaviour (which is currently being investigated); yet he could pinpoint it with laser like accuracy in a team mate. This is the way of the shadow; we can’t see it in ourselves, but it is glaringly obvious in others. We tend to project our own shadow material outwards and remain oblivious to it ourselves.

In the next few days Bradley Wiggins and Team Sky will try and deny the accusations against them and defend their battered reputations. Still, the damage has been done.  They felt they could exploit and manipulate the rules in order to gain an unfair advantage against their competitors.  They have indulged in exactly the dubious and unethical practices that they have set out  to denounce. Whilst their infractions might not be of the same magnitude of the king of cheats Lance Armstrong, they are surely in the same deceptive spirit.

This may be the toughest challenge of all. It is extremely distasteful for a person to face and accept their shadow; it is even harder to digest and learn from shadow material. Bradley Wiggins has the opportunity to accept what he has done, and use it as an opportunity to develop.  Whilst this would be a blow to his ego it would help him develop as a person. The shadow can be a source of great energy and creativity. Yet, if he continues to deny any wrongdoing, which seems likely, there will be no chance to develop.  He will remain stuck seeing everything bad out there in the world, and viewing himself as a flawless victim. This form of projection can work for a while, but tends to break down. Despite what he says, his unconscious mind knows what he has done.

Bradley Wiggins is not evil. Like all of us he has struggled with ethical dilemmas. In his case, he has followed the rules, but that is not the same as thinking for himself about what is right. For him the “shadow” resides in the parliamentary committee that he sees as conducting a witch hunt against him; but like all of us, he would do better looking closer to home. This is maybe the most distasteful work in life. It is almost impossible to do oneself. You can explore it in therapy, but you may continue to delude yourself there too. However, if you really want to know about your shadow, ask your longstanding friends, or partner, and they will prove very useful. It may not be very pleasant to hear, but if you can stick with it, and acknowledge your fuller nature, warts and all, you may find it an enriching experience. The shadow holds a great deal of potential energy and if you are able to engage and create a dialogue with those murkier aspects, you may be able to find new life. Bradley Wiggins has tried to reinvent himself as skier (fractured his leg); and a indoor rower (slower than he hoped); but greater than any physical reinvention, he needs to reinvent his approach to life.