Are Role Models Useful to Women?
Find a therapist
Find a coach
Join as a practitioner
Log in/register 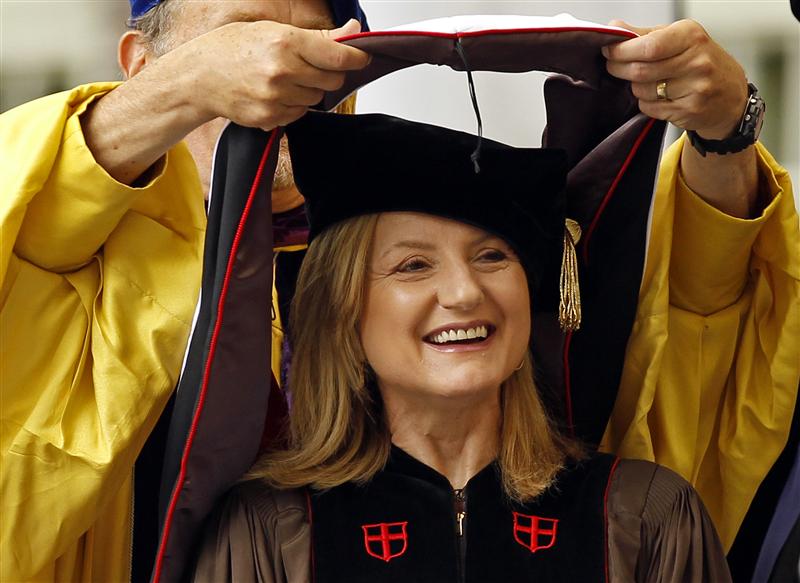 Are Role Models Useful to Women?

The discrepancy between women’s intelligence and talents on the one hand and their career achievement remains a puzzle for the people who teach them, particularly at university level, as well as for professional mentors who may be bewildered as to why the advance towards equality remains so slow. Earlier this year the University of Cambridge launched a book about successful women in which the breadth of Cambridge women’s achievements are noted and lauded. While the aim is to embed and reward different kinds of success, there is a danger that such a project shifts focus from initiatives to promote women to an exercise in re-defining success so that, without changing anything, more women are labelled “successful”.

The puzzle over the meaning of success for women is not new. Forty five years ago, the psychologist Matina Horner, the sixth and youngest President of Radcliffe College, set a four-minute task to two different groups: one male, one female.  The men were asked to complete a story with the opening sentence, “At the end of first term finals, John finds himself at the top of his medical school class,” while the women were asked to write a story following a comparable sentence describing Ann’s success. The men foresaw life happiness and career success for John; 65 per cent of the women participants foresaw loneliness and social rejection for Ann. A new concept - fear of success - was born.

Since that study was conducted, more and more women have become top of their class in the broadest sense. Culture has changed to accommodate and even encourage women’s success, but has that internal demon – the fear that, if a woman is successful she will be despised and derided – been exorcised?

If anyone is in any doubt as to the unease women continue to feel about success, then consider responses to Hillary Clinton in her bid for the 2008 Presidential nomination. Clinton herself exhibits no fear of success whatsoever; her ambition is indefatigable, her confidence ruthless. Yet Clinton’s failure to capture women’s support is often construed as a symptom of persistent fear of success – that policing of female norms by women who see another woman’s defiant ambition. But what disturbs many women is that Clinton expects support from women because she is a woman; she piggybacks on a discourse of commonality – as a working mother, as a woman whose ambitious aroused suspicion – to which she has no genuine claim.

Has that internal demon – the fear that, if a woman is successful she will be despised and derided – been exorcised?

As economist and author of The XX Factor Alison Woolf notes, in most professions, for the top 5 per cent of women there are now no gender specific impediments. When a woman stands on a playing field levelled by education, personal connections, personality and luck, yet seeks support from women via the pretence that she is clinging to a slippery pole, then women whose lives remain slick and uncertain – in the context of competing interpersonal demands, financial constraints, marginal networks and female norms – are likely to feel irritated and resentful. They see this as an arrogant and manipulative presumption of sisterhood by someone whose experience is substantially different from theirs.

Women’s careers often stall at distinctive turning points or joints in what is often called the “leaky pipeline”: the first is in adolescence, when social pressures – from friends, from parents, from ads, films, television, magazines – to have designer looks, to be liked and admired, to be a nice girl, puts self-confidence at risk. While today more and more adolescent girls are encouraged to succeed by teachers and parents, many find that entry to the workforce – the second turning point – is less welcoming; the support their ambition enjoyed during formal education, disappears in the messier more public workplace.  A third juncture comes with experiences of motherhood, its surrounding social institutions and its profound emotional pull.

There is no finality to being stuck or stranded on the path to success. Many women construct new routes forward, or compensate for lost time with a delayed push forward; their success remains something magical, tentative, not quite real. The experience of women who flowed easily through the pipeline – perhaps because they enjoyed a bias-free youth, perhaps because they avoided motherhood, or perhaps because wealth or social connection protected them from compromise – is exceptional; these women’s lives are very much like those of privileged men, in regard to opportunities and constraints. Their success may be well-deserved, built upon hard work and ability; but there is little distinctive to being a woman in their success. So when women in this privileged 5 per cent group present themselves as role models, or claim to represent the other 95 per cent of women, the hostility with which they are greeted springs from a fraudulent claim to commonality, not envy.

The health warnings that now accompany fashion models should also be attached to other role models of success. Whether we are looking at a perfect figure or a perfect career, models set an ideal standard that, like the wrong size shoe, is painful and disfiguring. Other people, however admirable, can at best provide a toolkit from which we make selections on an as needed basis, as we consider what may suit us for specific purposes, in a specific context, while we attend to our own very private weights and balances. The diversity of women’s lives  – some very much like those of men – signals a kind of progress; but exceptional women cannot offer their blueprint to all women.

When are role models helpful?

• When they introduce new possibilities

• When they display possible routes to reaching your goals

• When they are broad and flexible, part of a very large and varied toolkit.

When are role models unhelpful?

• When they present fixed solutions for solving personal problems

• When they present a blueprint for challenges and achievements

Remember: human life presents us with conflicting values, needs and responsibilities. Personal development is learning how to negotiate our own solutions, in light of our own abilities, needs and experience.

Finding fulfilment as a mid-life woman