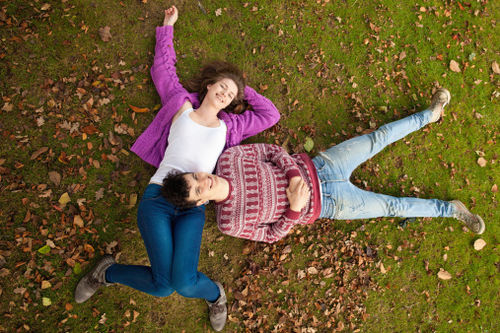 All the Bright Places

It’s hard enough being a teen. I may have to go back a couple of decades to remember, but believe you me, those seven years from 13 to 19 made a definite impression that I’m not going to forget anytime soon. My work with young people keeps me real to the fact that though things have changed since my teenage years, the feelings really haven’t.

By adult standards, most teens would seem to have mental health problems just for being teens – but as folks like Dr. Frances Jensen (The Teenage Brain) and Nicola Morgan (Blame my Brain: the amazing teenage brain revealed) point out, most teens quite naturally and normally drive their parents crazy without there being a single thing “wrong” with them. For my part, I still find myself identifying more with teens than with parents, and totally get why they tend to think it’s the grown ups who are the crazy ones.

Because of this, it’s often the gulf in understanding each other across generations that is the problem – not so much whether teens are crazier than parents or the other way around.

If a hard job under the best of circumstances, parenting teens with serious mental health challenges can be very worrisome. More than 10% of teens will suffer from a diagnosable mental health disorder and a lot more besides who will struggle just the same without having been given a handy label. This can be a challenge for parents, carers, teachers, and most of all for teens themselves – not just the ones who struggle with their mental health, but also their friends, girlfriends, boyfriends and peers. Sometimes a handbook isn’t enough, and we have to look to fiction to really draw out what it’s like to be in the grips of a teenage depression or be the friend or loved one of someone who is.

All the Bright Places is author Jennifer Niven’s first foray into young adult fiction. You don’t have to get to the Author’s Note to realise that this is a personal story for her. In her story we encounter Finch and Violet as they struggle hard with the real question of “is it all really worth it?” The story literally begins with our two principle characters on a ledge; they are not asking metaphorically.

Importantly, this book takes the internal lives of its young people seriously.

Niven states in her Author’s Note that she wanted to write something edgy, contemporary, tough, hard, sad, but funny. She has managed to achieve all of these things in a present tense narrative that covers the perspectives of Violet and Finch who are tied together in a pact of emotional and psychological gravity; Violet, recovering from the recent death of her sister, and Finch, in a difficult family situation and struggling with dark moods and a likely bipolar condition.

Importantly, this book takes the internal lives of its young people seriously. It also deals head-on with the reality of suicide and depression from the perspective of the young people themselves. Unfortunately, at the start of the book at least, the characters lack depth and come across as rather wooden. Since the narrative is told from the point of view of each of the two main characters, secondary characters are particularly undeveloped, which creates an atmosphere of the profundity (or lack thereof) you might expect from a John Hughes movie.

The character of Violet seems more deeply developed, and I expect that’s because the author was clearly more identified with her. Her companion in the narrative, Finch, often seems like a caricature, and at times a rather irritating one. The developing romance between the two lacks verisimilitude and though I’m sure some young people do indeed quote Virginia Woolf to each other, I found some of the plays at “deepness” rather forced. Teens tend to do fine falling deeply for each other without having to quote Virginia Woolf.

Having said all that, I did find that book gained its pace at about the halfway mark, and by the time I was nearing the end, I did have trouble putting it down. The way in which these two young people touched each other, and the way in which their very real problems were not dressed up and fixed neatly, is a strength to the overall narrative.

While I consider myself to be relatively copacetic with the youth of today (see how I avoided saying “down with the kids”), I fully accept that as a bald shrink with a prematurely grey beard, there’s a pretty fair gap between our experiences and expectations of such a book. Though there are a few young folks who see it my way, the reviews I found both Amazon and Goodreads overwhelmingly approve of the book and are fulsome with praise. Who am I, then, to get in the way of a demographic that clearly seems to identify fully with the narrative and the characters struggling within it.

Any book of fiction that honours and takes the challenges of teen-dom as seriously as this one ought to be commended. Where it lacks in teenage verisimilitude for me it makes up in spirit and its rather daring cause. Ultimately, it is for young people to make the judgement more than bald greying shrinks like myself, and according to their vociferous praise online, they seem to overwhelmingly approve.