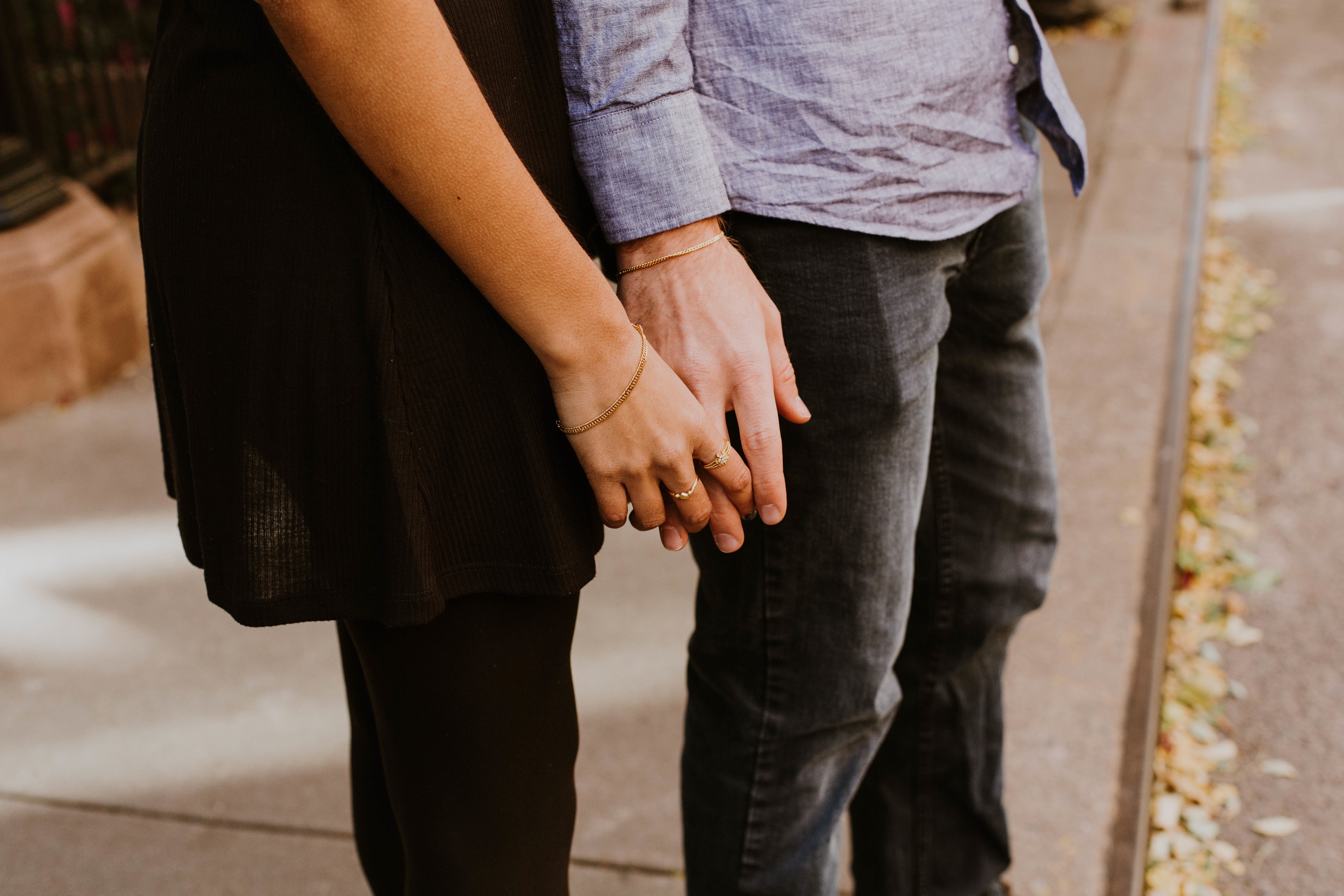 5 Things I Learned About Relationships in 2016

I never thought I’d be the kind of person whose life would revolve around relationships. My teenage dreams consisted of travelling the world and being able to say exactly what I wanted to, when I wanted to, not yearning after some guy who would probably annoy me anyway.

But after several long-term relationships and harsh breakups later, I’ve realised that - actually - when it comes to love, everyone’s life revolves around it.

As a former serial monogamist with a history of heartbreak, I’m now in a great relationship of just over a year, and this is what I've learned to be true

1. Everyone just wants to be heard, seen, and valued for their innermost self

This is why breakups hurt so badly. Because it feels like a rejection of our real, inner self. Opening yourself up to a real relationship takes guts, because we show our vulnerable parts (both physical and mental) to our partners, and we hope against hope that they might just see them, and - dare to dream - redraw them as strong and beautiful. When they don’t, we’re rejected not only physically but psychologically too.

In recent months, I’ve learned that in good relationships, you recognise the other person’s vulnerability as much as your own, and safeguard both with the respect they deserve.

2.  Honesty is about more than not lying

Life isn’t always rosy, even in so-called ‘honeymoon’ new relationships. The façade we keep up for dates one, two and three is nearly impossible to maintain when real life creeps in. But I’ve learned that this is not necessarily a bad thing.

Sometimes taking a deep breath and just having the conversation – frankly, and without fear of judgement or anger ‒ has been so much more instructive than avoiding the issue, or worse, getting upset, offended, or angry. Even when the topic has been tough – such as depression, or stress – talking it through has ultimately strengthened, rather than weakened, my relationship.

Honesty between partners isn’t just about ‘telling the truth’ when it comes to facts and details, it’s about being prepared to go much deeper to figure out what’s really bothering you, whether that’s something as trivial as the way your partner leaves his boxers on the floor every day, or why that offhand tone of voice or suspicious text upset you quite that much.

They take guts to begin, but from difficult conversations – as long as they come from a place of true compassion and desire to just listen or be heard – come real understanding.

3.  Love languages really are a thing

In his ground-breaking book, The 5 Love Languages, counsellor Gary Chapman spoke about the concept of love languages: the five main ways that couples interact with each other.

From giving little gifts, to taking the bins out, to kissing at any opportunity, kind words, or quality time, everyone has a different way to show their love, and if you’re mismatched with your partner without knowing it, you might never see the love in their constant tidying up, and instead feel utterly distraught when they unknowingly fail to hold your hand in public.

By figuring out that my partner and I share similar priorities in love languages, but often show and need them differently at different times, has led us to understand each other on a deeper level than before, and continually see things from the other person’s point of view.

Understanding this means you can remove your own ego from the equation, not take things personally, and see your partner for the flawed, whole, genuine human being they are - and  you might even get more kisses/morning sex/presents/deep conversations/help around the house!

This seems like a simple one, but I’ve learned that the key to relationship harmony is to be kind, far kinder than you sometimes feel is needed, or you’re in the mood for right now.

Even if you’re so used to seeing that person that you could draw their face by heart – or you’re serially dating and feeling frustrated ‒ always seek to appreciate your partner’s (or prospective partner’s) ‒ needs and desires almost as much as your own.

Crucially, this isn’t about being selfless to the point of losing yourself, but about treating someone how you would wish to be treated – whether that’s by doing them a quick favour, getting them a coffee when you’re getting one, or listening patiently while they geek out happily about Star Wars. I've learned that those who seem to deserve the least kindness are usually those who need it most.

5.  Know your true self, and don’t be afraid of distance

Dating gurus will tell you that the ‘one’ can’t be your ‘everyone’ ; you need to take responsibility for yourself, in the most compassionate and self-loving way possible. And that means understanding what you personally need – away from your partner – to really and truly feel alive.

This could be a hobby they don’t get, a Saturday night by yourself, time spent watching a boxset that your partner hates, or even going on a holiday that they’d never enjoy. Contrary to what I once believed, seeking and actually enjoying time apart doesn’t mean you’re doomed as a couple.

It means that you have a healthy compass pointing towards what you personally need (or the so-called “essential self”, identified by psychologist extraordinaire Martha Beck in her pioneering book Finding Your Own North Star: How to claim the life you were meant to live).

Whether or not your partner joins in or understands these outside interests, as long as they’re supportive of you, and welcoming when you return – and you extend exactly the same trust and respect to them ‒ this space will bring expansion, not distance.

I’ve learned that even if a great relationship is one of your top priorities in life, nurturing your relationship with your own self should be greater, and staying aware of your own needs even more so.