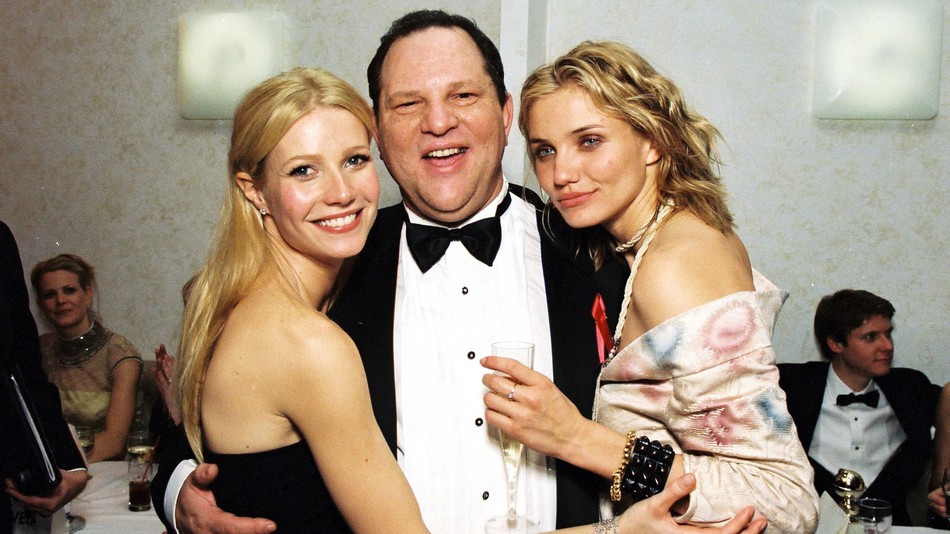 Why the Harvey Weinstein Scandal is Triggering

It has been hard to avoid the news reports of allegations of assault against the Hollywood film producer Harvey Weinstein. The lure of celebrity scandal, combined with A-list movie stars has meant the media has turned a story of pain and trauma into what at times looks like a new episode of The Good Wife.

It is not only those reporting their assaults who may be struggling right now. Many people, of all genders, have been victims of those who wield power over them, abusers who use that power to fulfill their own sexual desires. In workplaces and educational institutions, this power imbalance can be particularly easy to exploit. Victims can fear reporting an unwanted touch, a demand for sex, or an assault, because to do so may lead to unemployment, or the end of career advancement. Many may be told, as in Hollywood, that enduring assaults is the price they have to pay. Women in particular may recognise the boss who it is never safe to be alone with, and the complicity within the workplace where his behaviour is ignored, or even condoned. As research has shown within our universities, many exploit the power they have over female undergraduates, and a blind eye is often turned by those with authority.

If you have been through this experience, the salacious detail with which the Weinstein story is being reported may be very difficult. It may trigger memories or feelings of past events.. A trigger is not a new age term, or internet meme. We are triggered when a past traumatic experience is thrust into the here and now, causing us to relive the experience and/or the associated emotions.. It is a well researched and evidenced phenomena.

It can be particularly difficult to recover from sexual assaults which we are unable to report, and where there is a power imbalance. As the feelings are unresolved, so they can influence how we feel or act, even many years after the original event.

What can you do if the news has triggered you?

Firstly, do not beat yourself for how you feel. Sometimes we believe we should be “over” something.simply because it is in the past. The first reaction to being triggered is often anger, not at the abuser, but at ourselves, because we are still impacted by the past. Be kind to yourself if you are triggered. There is no expiry date on pain, and no rule book saying by X time you should be healed.

Another important aspect of not shaming yourself for your reactions is being able, and willing, to step away from news reports if they are upsetting. Unfortunately, a lot of people push the idea that a survivor must be able to absorb potentially triggering media with no reaction. A completely unevidenced distortion of what recovery means, reframing it as emotionally dead or distant. It is OK not to want to hear detailed discussions of sexual assault, and it is good self care to avoid them if you fear they may upset you.

If the media frenzy around the Weinstein allegations has brought up memories of your own assault you may feel shame. One of the aspects of workplace/educational institution assaults is that the majority go unreported. Without the ability to report and challenge a culture of complacency and victim blaming, you may blame yourself. Survivors can feel that they should have done more. A whirlpool of “if onlys” which remove the blame from where it belongs, on the perpetrator, and instead places it on the victim.

Once triggered is there anything you can do?

The emotions can feel powerful, like a tidal wave which will overwhelm you and sweep you away. It is helpful therefore to ground yourself, a metaphorical anchor if you will. Grounding means finding a way to return your thoughts and feelings to the here and now. Touching something can be very effective. Some people carry a small object, such as a stone, pendant, just in case they need to ground themselves. Focus on how it feels in your fingers, concentrate on the sensations in your hands as you hold it. This brings the attention of your brain into sharp focus, and away from the triggering memories.

Whilst mindfulness and meditation can be contraindicated (medically not recommended) for some forms of PTSD, many people do find them useful. Focusing on the breath can also return your brain to the here and now, and fix you in the present. A technique I teach clients which is especially useful in workplaces is meditation on the hands. By turning your attention to your hands, focusing on each finger in turn with your mind, then the thumbs, palms, backs of the hands steady yourself against the often tumultuous waves of emotion.. SInce this can be done very unobtrusively, simply sitting at your desk, it can be helpful to practice.

Some people may discover that events they thought were resolved in fact need further work. Again, there is no shame in that. It is not a sign of “backsliding” to need to return to therapy. Often recovery is like peeling an onion, and layers we never even knew existed may be revealed years after an initial experience. Giving yourself the time and space to heal is not a sign of weakness but of immense courage and strength.