want to KNOW YOURSELF? TAKE OUR TEST
Find a therapist
Find a coach
Join as a practitioner
Log in/register 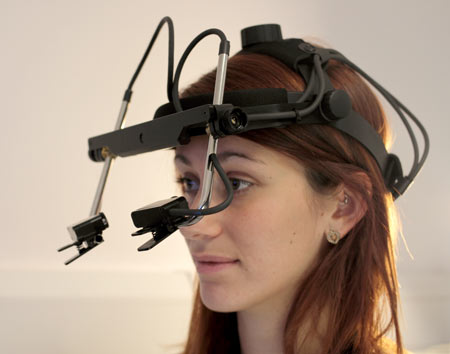 Want to Know Yourself? Take Our Test

“If I knew myself, I'd run away," said Goethe, who, incidentally, was Freud's favourite writer. You might imagine that knowing yourself would be one of the key goals of psychology. Often it has not been, however.

When I was young one of the most distinguished experimental psychologists of his generation Donald Broadbent told me students should realise it was an illusion that psychology would teach them to know themselves better. Perhaps that's why a paper on Experiential Self Monitoring which I reported in 1980 made such an impression on me. It was given by E J Dearnley of the University of Manchester.

The intrepid psychologist had bought an electronic alarm. It alerted him 384 times during 1979, at which time Dearnley grabbed his pencil and noted:

Dearnley gave the 1980 London conference of the British Psychological Society examples of his self monitoring. This was a Saturday:

At 12.41 Dearnley was in the Railway Inn drinking with his friends.

At 14.25 he had shifted to the Conservative Club but he was at the bar yet again. He described his mood as one of contentment.

19.45 found him at home where he was checking the length of his trousers. He gave no description of his mood.

23.00 found Dearnley standing at yet another bar, but not just drinking, as he was discussing the day with his wife. His mood was of even more contentment. He said nothing about his trousers.

On other days, Dearnley was not in at or under the bar so often, though it may say something about academic pressures in the 1980s that he devoted much time to studying the form of race horses – and to watching Mike Yarwood who was then a celebrated TV comic.

Summing up his self monitoring, and allowing some activities to count more than once, Dearnley found the following distinctions:

Only 4 per cent of his beeps caught him doing something he disliked so he concluded his was a generally happy life.

The words' self monitoring' have come to mean something else in psychology, however. Mark Snyder, for example, has devised a test of self monitoring which does not collect Dearnley's basic data but asks subjects to rate themselves on questions like:

These questions consistently refer to others and their reactions. They reveal something but nothing as basic as how we spend our time.

The Germans have a saying you are what you eat. It could be argued that a more rounded view is: You are what you do. But most of us don't really know what we do because we forget, we don't keep accurate records, we don't concentrate or for 1001 other reasons. Yet the first step to self knowledge is to know what you do.

Each human being is a book that you never get to the end of. So this test is just a tiptoe into the stream of yourself. Remember there are no right or wrong answers. You should be as honest and accurate as you can be and if you do not know, admit you do not know.

Set your mobile phone or watch to beep at unexpected times just as Dearnley arranged his watch to do.

Keep a note book at your side.

Whenever there is a beep, make notes

What are you doing?

I am engaged in working

I am spending time with my family

I am having pleasure

If not what other people are you with

I am thinking of xxxxx

I am examining myself in the mirror

And, in homage to Dearnley, I am measuring my trousers.

What is your mood?

What is the category of your actions?

And what do you get?

The merit of Dearnley's experiment is that you can work out how you behave and what you do over a long period of time. Interesting questions concern the ways you change - whether you work more, worry more, enjoy yourself more. Whatever you decide, this is important basic data which will allow you to at least think of changing aspects of your life.