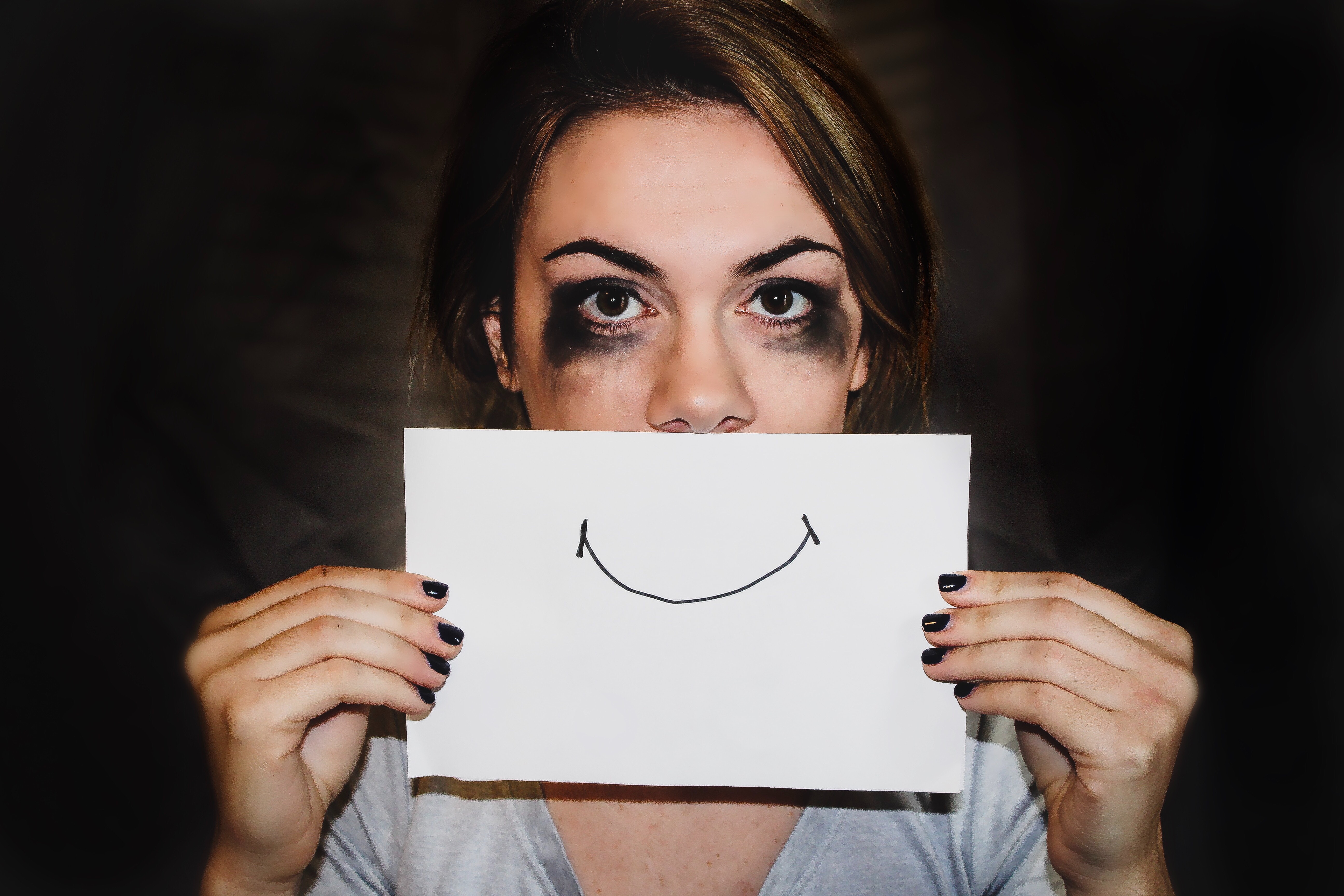 When Depression Strikes in Your 20s

Towards the end of July 2010 my boyfriend broke up with me. We'd been together for three months. At first it seemed like any other breakup - I felt sad, and cried, and missed him, but within the usual realms of a relationship ending. However, the signs were there that this break-up had hurt me more than I'd originally realised. I lost a lot of weight really quickly, without realising or trying. I ended up in tears one morning, after trying on outfits for university for two hours. I hated how I looked, and I was terrified of seeing him when I thought I looked ugly.

Two or three weeks after, I went out with some friends and did my first line of coke. Within that first week, I'd done it twice more. Several times I woke up not knowing where I was, or what I'd done the night before. I'd blow blue stuff out of my nose and then go back home, lying to myself about how I felt - this was fun, I was cool, I was desirable! I don't remember ever feeling like I was coming down off the drugs - I think it was because my normal mood and the come-down were indistinguishable. I became really focussed on whether I was attractive to guys; I had such trouble sleeping; I did some stupid things and put myself in dangerous situations. I lost some friends in the process - some because of the way I was behaving, and some because they were very unsupportive.

My parents - with whom I have a good relationship - didn’t live in the same city as where I was studying. My younger brother - to whom I’m very close - had already asked a friend of his for her therapist's number, so we called and made an appointment. It was scheduled for a month later. I went to see her twice. She was light and fluffy and her airy-fairy approach wasn’t right for me. She once advised me that I should be a party-planner, and I just didn’t feel that she listened. The break-up triggered my depression, but there were causes dating years back.

I had a horrible boyfriend in my final years of school. He was emotionally manipulative, cheating and nasty - I walked on egg-shells for over a year. He would constantly break up with me and then ask me to get back with him. We broke up eventually when I lost all energy to continue. I was so drained, I felt like a yo-yo. Even now, I frequently feel guilty when I have nothing to feel guilty about. My family also has a history of mental illness.

That was towards the end of 2010, around September/October. I was brought back from the edge that time with the help of a wonderful close friend, and, while still quite self-destructive, everything didn’t seem so black and white.

I started my honours year in 2011 and that’s when I cracked. I would shake with nerves before a class. I felt constantly under prepared, sleep-deprived, anxious - and I felt like a fraud. I wasn't smart enough for this! I'd drink on the weekends to deal with it, which would mean I wasn't prepared for the coming week, and so the cycle continued. I'd stopped doing drugs by that stage, but I basically replaced it with wine. I'd gained about 10 kgs by this time, and was struggling with getting out of bed in the morning.

My brother and my friend eventually sat me down and said they were worried about my drinking. It had become my crutch. I didn't know how to cope with my own sadness and my negative thoughts, so I coped by making myself numb.

I stopped drinking for five weeks and booked myself in with a doctor at my university. My doctor didn't take long to get me an appointment with one of the university's therapists, Lucy. She and I clicked. I was prescribed anti-depressants, and I had monthly sessions with Lucy. She was outstanding: tough, thorough, questioning, and absolutely no bullshit. I couldn't get away with anything. She was perfect for me.

The combination of anti-depressants and my sessions with Lucy got me out the hole I had fallen into but it was still really hard. I'd leave each session with her exhausted. But it worked for me. I finished university and pretty quickly got a job. I'm still on anti-depressants. I'll probably go off them soon, but I'm in no rush. I'm not perfectly stable, but I feel whole and happy most of the time. I still feel sad when I have a reason to, but I no longer feel numb with sadness.

My experience is by no means unusual. I have two close friends who both struggled with finding professionals to help them with their depression. A flatmate of mine had major anxiety issues. My brother had anxiety, and one of his flatmates was on anti-depressants. I know there are conversations happening about doctors being too willing to hand out anti-depressant prescriptions - maybe some are. However, everyone I know who was on them needed to be. This wasn't just teenage/young adult angst. This was real, serious, depression. I'm lucky - I managed to find an outstanding doctor and therapist, and I had the most amazing best friend, and a truly caring brother.

You may notice I haven’t mentioned my parents much. They were beyond supportive and helpful, and I love them both dearly. But I didn’t really want them involved - and, by the time you’re in your 20s, there are some things that you don't want to tell your parents.

5 essential self-care tips for your twenties

How I channelled my lifelong depression into poetry

Can you switch depression on and off?