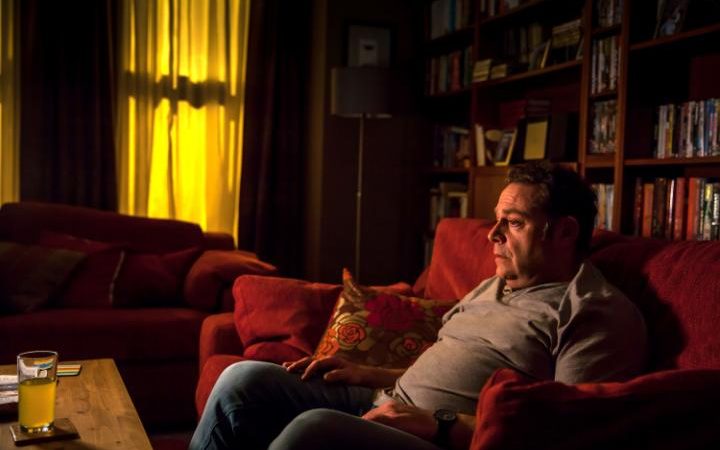 Are you enjoying the return of Cold Feet? Join the crowd. The ITV drama/comedy that brought an audience of 10 million to watch the finale 13 years ago is now winning fresh audiences and critical plaudits for its warmth, humour and the straight-talking and empathetic way it is exposing the silent problem of male middle-aged depression.

For Mike Bullen, who created the series in the 1990s and has returned to create this update, the accuracy is no accident. Like Pete, the character played by John Thomson, Bullen suffered a mid-life period of clinical depression which he wrote about in the Daily Mail recently.

“It happened about eight years ago. I’d been commissioned by a TV company in Sydney, Australia (we emigrated there in 2002) to write a script, but for the life of me I couldn’t. It wasn’t writer’s block as such, because I could have churned out the requisite number of pages. I just knew that they weren’t going to be any good.

“I thought my career was over. And being in my late forties, with no other discernible talents, I had no idea how I would fill the rest of my life. I felt hopeless, literally without hope. I dreaded going to bed because I knew I’d only lie awake wrestling my demons.”

In the second episode of Cold Feet it is Pete’s oldest friend Adam (James Nesbitt) who realises that Pete is struggling  and tells his wife (Fay Ripley) he suspects Pete is depressed. Bullen felt he couldn’t even watch the ensuing scene in which Pete sobs in his bewildered wife’s arms. “Partly because I care about Pete, but also because it speaks to my own experience. I’ve been there, huddled on the sofa, sobbing while my wife gently rocks me and tries to reassure me that everything is going to be all right.”

After several weeks Bullen’s wife, Lisa took him to the doctor where he was  diagnosed with clinical depression, prescribed anti-depressants and signed up with a psychologist.  “For the next couple of days I was barely able to stir from the sofa. If Lisa was popping out, to the shops, I had to know when she’d be back. Or I’d go with her, clutching her hand like a child fearful of getting lost.”

In the series so far Pete is sceptical about the drugs. “They won’t cure me of being 48 and having two jobs on minimum wage” he tells Adam.

But for Bullen, they worked. After a month, his depression started to lift. He credits his wife with a large part of his recovery. “She didn’t try to 'cure’ me, tell me to count my blessings, or try to cheer me up. She was just there, keeping an eye out for me." She occasionally found his self-absorption annoying, but remembers Bullen,  “she bit her tongue, [so] all I saw was her stoicism, patience and strength.”

The scriptwriter was honest with his children and eventually his friends and colleagues, only to discover that many of his male friends seemed to be experiencing the same dark thoughts.

“There seemed to be a common theme. Middle-aged men who’d been luminaries in their younger years but now found success eluding them. So many men still define themselves by their jobs. These men felt they’d lost their sense of status. They no longer knew what their position in society was, or for that matter, their purpose. Like me, none had ever  considered themselves at risk of depression.”

Critics and fans have been overwhelmingly positive “Pete's description of being "overwhelmed" by tea vs coffee in last night's #ColdFeet was a perfect illustration of what #depressionfeelslike” wrote @JudgeySan, while The Observer lauded "John Thomson’s all-too-believable depression" and The Telegraph said "It’s no mean skill to flit lightly between comedy and pathos as Thomson did when Pete, given only a few minutes of screen time, caved in to depression."

Cold Feet is only the latest TV series to shine a light on depression in a way that experts and charities say is helping dislodge the stigma of mental health in the UK.

Cold Feet is on ITV at 9pm on Mondays