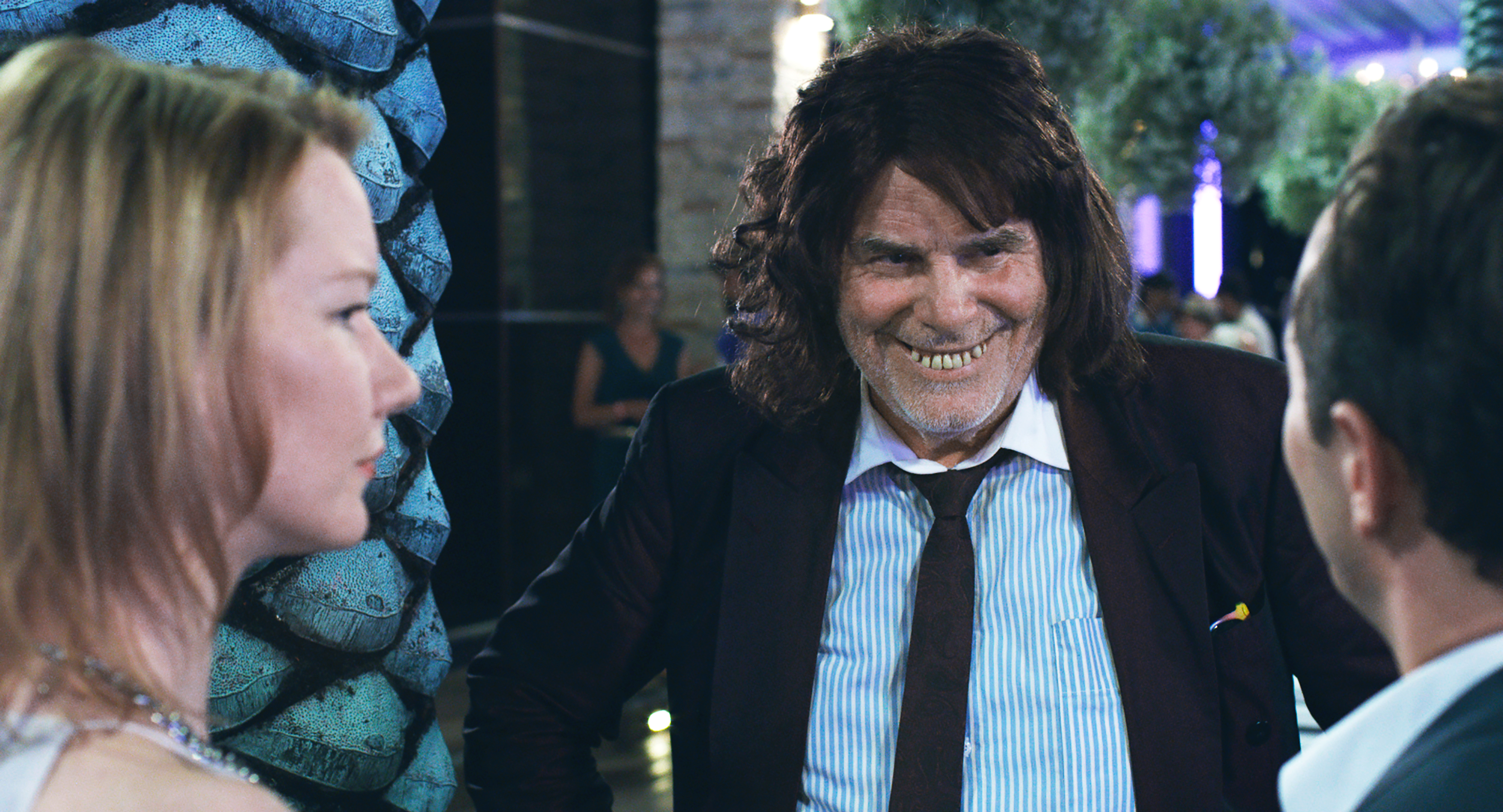 Sweeping the European film awards, Maren Ade’s bittersweet comedy Toni Erdmann is an intimate portrait of a father-daughter relationship played superbly by Sandra Huller as Ines, and Peter Simonischeck as Winfried.  A thirty-something business consultant, Ines comes home to Germany for flying visits, glued to her phone.  In contrast, her dad is a music teacher and shambolic prankster who tries the patience of all those around him including his ex-wife, his elderly mother and his high-flying daughter. Even the postman isn’t spared as Winfried poses as ‘Toni Erdmann’, his all-time prank cover, this time as an ex-con letter bomber with a sex toy addiction, and gets his pupils in on the pranks when they ghoul up for a tasteless tribute to the retiring head.

But after the loss of the dog he treasures, he takes up his daughter’s empty offer to ring her bell in Bucharest. Arriving on the day her big boss arrives for a tricky negotiation, dad gets more attention with his jokes about hiring a substitute daughter to cut his toenails, while Ines is relegated to entertain his wife shopping.  A wig, false teeth, glasses and handcuffs at the ready, the audience is torn between laughter, horror and tears as Erdmann's antics as a celebrity life coach culminate in a hilarious Whitney Houston duet.

In charge at all times, Ines directs sex games with a less senior colleague, while her personal assistant anxiously tries to please. Winfried can’t reconcile his little ‘spaghetti’ with the calculating businesswoman she’s become in a comic battle involving ethics and the meaning of life.“Are you really a human?”, he asks her, as she throws her weight around, outsourcing and firing, and winning her the ‘animal’ moniker at work. “Do you have any plans in life other than slipping fart cushions under people?” is her brittle retort to the father she’s now ashamed of.

Near breaking point with the stress of work and his stalking, taking breaks only to Skype her life coach on body language, she makes a hash of her big moment. But it’s only when Ines begins to be her own prankster, to drop the ambition for a moment and get the joke that she finds a way back from the dog-eat-dog world she inhabits, towards opening her heart.

Asking life’s big questions, the comedy exposes the difficulty of maintaining meaningful connection between a father and his daughter long after the toys have been put away.