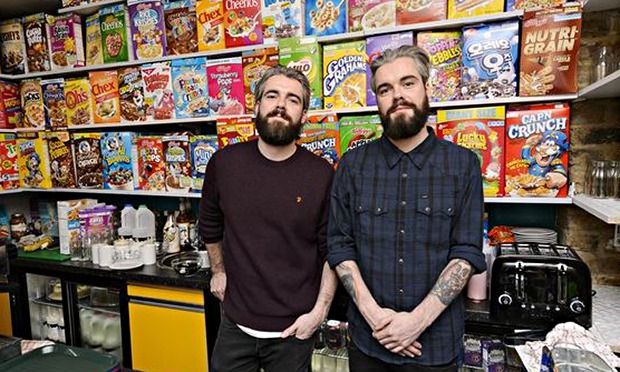 ​​The Psychology of Hipster Hate

The recent furore over the “hipster” run Cereal Killer Cafe on Brick Lane, which was vandalised during the anti-gentrification protests in Shoreditch at the weekend is psychologically revealing. The cafe, which serves breakfast cereals by the bowl from around the world, was reportedly seen as a “symbol of inequality” and as such, found itself the object of attack. Given the aim of protesting inequality and gentrification, the Cereal Killer Cafe is a curious locus of attention by protesters, particularly considering the location of two chain sandwich shops nearby.


As a psychotherapist and local resident I have been intrigued about what is going on here in the East End. I live this neighbourhood everyday and have watched it transform around me with frightening speed. Yet while I’m sure I may be perceived as being part of the problem as a middle class professional who moved here more than half a dozen years ago – I did so because the spirit of the neighbourhood appealed to me. Though I don’t wear skinny jeans myself, I enjoy living amongst folks who can get away with it; though I don’t dine at the Cereal Cafe, I kind of like that it’s there. I don’t attend our local mosque either, but I love that it’s the centre of a thriving community in which beards of wildly different persuasions live cheek by jowl during a Friday evening sunset.

Whatever people’s opinions on gentrification, we must agree that Cereal Cafes and Brick Lane hipsters are hardly the first to blame.

The gentrification I’m worried about is much more pernicious and one that is being monitored by an active neighbourhood action group that’s aware of every licence, permit and planning application that’s lodged. I also worry about the permissive hating of a harmless identity group: hipsters.

In a world in which so much is going wrong, the vandalising of a small shop that sells bowls of cereal begs the question of “Why?” Whatever people’s opinions on gentrification, we must agree that Cereal Cafes and Brick Lane hipsters are hardly the first to blame. Neighbourhoods change – and this one, famously, with daily walking tours to prove it. While the intention of the protesters to highlight the problem of housing costs and gentrification in the East End of London is a worthy one, the irrational attack of a small independent business alongside the pervasive hipster hating that accompanies it requires further analysis.

Why might such vitriol, which is usually levied on big business and global coffee chains, be focussed instead upon two unsuspecting bearded chaps with a hipster look? Psychoanalysis has long shown that envy often lies beneath the urge to destroy. In this case we may find that the attack is motivated more from envy than from any real political or economic justification. Could it be that some people hate these rather nice looking chaps simply because they had the foresight, nous, and entrepreneurial skills to set up a Cereal Cafe and actually make it work? Worse yet, because they do it with style?

Few would argue that the myriad of shops that sell coffee for more than half the price of a bowl of cereal, alongside the plethora of street-food stalls selling international fare at the weekend are to blame for inequality – nor those renting market stalls to sell their hand-designed t-shirts and jewellery. No, the hipster hatred that has been unleashed reveals a rather ugly and irrational side to an argument about East London gentrification that, without it, is perfectly rational and crucial to the preservation of the neighbourhood.

We all know that any protest will bring with it hangers-on that are in it for the chaos, violence and destruction, and that this element often unfairly contaminates the rational argument. In this case, this element also revealed an underlying anti-hipsterism which is probably less about gentrification than it is about envy. Furthermore, it reveals an underlying anti-entrepreneurialism that seeks to punish those who take the risk to create something creative and new and have the temerity to pull it off with aplomb. Worse yet, this successful venture was not founded by a bunch of guys in suits and ties sitting around a boardroom table in The City, but instead by two familiar looking fellas with groomed beards and skinny jeans. It’s as if one might secretly ask: “How dare these entrepreneurs pull it off while looking, more or less like me?”

While it is valiant to challenge the seemingly irrepressible onslaught of thoughtless and soulless gentrification, the irrational attack of histpers in general and the Cereal Cafe in particular reveals the basic irrationality of the act while highlighting its symbolic importance. If gentrification looked more like The Cereal Cafe and less like glass and steel towers with exclusive entrances abutting their poor doors, we would see the return of vibrancy and gradual change to our struggling neighbourhoods while keeping their character and soul.

Entrepreneurism isn’t necessarily the child of unbridled capitalism, and to treat it as such is entirely missing the point. Thoughtful and sensitive neighbourhood change needn’t be inhuman gentrification and is hence not the enemy of equality. The Cereal Killer Cafe is much more in touch with Brick Lane today than the Subway across the street. Rather than wiping out the whimsical entrepreneurism of the neighbourhood’s hipsters through aggressive envious attack, the protestors could see instead the symbolism that the Cereal Killer Cafe holds for them, and engage with a similar whimsy in a demonstration that’s more productive than destructive.