Old Faces, Younger Lives: How to See Beyond Dementia
Find a therapist
Find a coach
Join as a practitioner
Log in/register 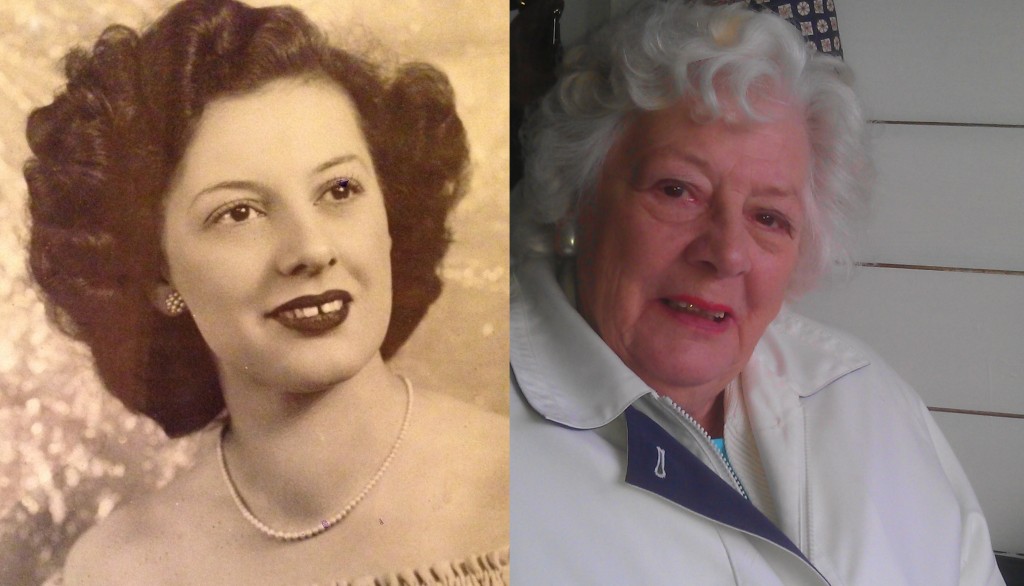 Old Faces, Younger Lives: How to See Beyond Dementia

Imagine yourself in hospital, aged and unable to articulate what you need and when. Think of the dejection, loneliness, and knowledge that your wellbeing lies in the hands of someone who sees you only as a blank and wrinkled canvas, who sees you only in the context of your dementia. I have, and I find it frightening.

Dementia visits the elderly with a cloak of confusion and uncertainty, its prey usually unaware of its early presence, manifested by occasional illogical behaviour. A friend witnessed her 75 year-old mother trying to pay for groceries with cigarettes, the “tell" that at once confronted her denial and confirmed her fears.

Faced with a mother in similar straits, we worked tirelessly to protect ours from the kind of care we hear about in the media; care that often comes hand in glove with lack of recognition at best and at worst, with abuse. Oddly, it was our attention to detail that led ultimately to the launch of a movement that could help change the way the elderly are treated in hospital.

For our mother, a commonplace fall marked the beginning of a mental decline we could never have anticipated and could not stem, because the series of operations that followed accelerated her formerly mild dementia. In hospital, she sat in the Elderly Ward, baffled by the sounds and lights all around, confused by the number of people who came to treat and talk at her.

With the intention of restoring Mother's sense of self we propped next to her bed an image of her in younger days. Unexpectedly, this became the turning point in her care because the youthful image conveyed to those around her something of the character beneath the old and confused demeanour. It prompted them to ask about her and use these snippets of information to converse whilst taking her blood pressure, or making the bed around her. Both parties emerged more happily from these exchanges.

This accidental act led ultimately to the launch of Face to a Name, a movement to ensure that identity and dignity stay with the elderly patient upon admission to hospital or care home.

Simply, younger photographs and an insight into the elderly patient helps equip those caring for them to behave more humanely. This response is not divisive; despite news to the contrary I do not believe that workers within these professions set out to administer casual care. They are often pushed to their limits and desperation can prevail where patience is needed. Where care home staff are undertrained, a little help in seeing beyond the bewildered behaviour may have prevented some of the appalling abuse cases reported in recent months.

The aim of Face to a Name is to incorporate a younger patient photograph and short backstory within the standard admissions process. “I have four children, love jazz, gardening and cooking," will elicit a far more positive bedside manner than a list of symptoms presented in glorious isolation. This is not rocket science, it is humanity, something that is alarmingly short in the wider practice of elderly care.

All over the UK clever, simple ideas to improve dementia care are being devised. In Crawley, CareScape is a pilot scheme to make the town centre dementia friendly for carers and patients alike and involves retail assistants receiving advice about recognising elderly related mental problems.

St Francis Hospice Berkhamsted is carrying out highly structured and detailed research on the outcome of a similar but more intimate protocol to that proposed by Face to a Name. Here, the highly qualified and dedicated team believes in photography and the patient backstory to help clinician and patient alike.

This new ward is astonishing in its light, bright simplicity with pictures by local photographers a modest exhibition space shows mementos brought in by patients that bring familiarity and warmth to a clinical setting. The initiative I liked most was the introduction of Identi-Knit dogs, hand made by volunteers to sooth and reassure those patients who have left a pet at home.

Given the seismic shift in quality of care that results from this work, the price tag attached to what both teams are doing is negligible, for it seems that putting a face to a name can make the difference between a sick and deteriorating patient and a happy and recuperating one. We have brought Face to a Name to the attention of Alistair Burns, NHS England Director for Dementia and await his thoughts on the proposed protocol ideas.

Dementia does not annihilate personality it merely overshadows it, bringing new and different aspects to the fore. A little help to reveal vignettes of the formerly healthy person shine through this terrible illness will go a very long way.

Who is the woman in the pictures?

Mavis Hewson (pictured above) was the glamorous assistant to illusionist The Great Ali Bey. Her son told Face to a Name: “My mother - Mavis Hewson - nee Lemmy - was born in 1928 and went on stage with my grandfather David Lemmy. David was known as Ali Bey the Great Arabian Wizard and he was undoubtedly the greatest illusionist of the post-war period. They did their first professional gig on VE night and performed all around the country until 1953 by which time my mum was married. Ali Bey had many women in his act - sometimes as many as 20 - but my mother – know as The Arabian Princess – was his principal assistant. She was made to disappear and return at the back of the auditorium or to fit in tiny spaces so that she could be cut in half – all of which called for fitness and agility. Illusionist acts back then were feats of engineering and my grandfather was in fact a master builder before he took to the stage.

"Mum was never hospitalised for very long periods but her failing health meant that she was a patient at various hospitals in Norfolk. Hips, heart, breast cancer and finally lung cancer. It is difficult for me to comment on her care at these times although I would observe that on all these occasions she was (like everyone) parachuted in to a situation where she was not fully herself and anonymous to those who had to look after her - I would have liked her 'identity' to have gone in with her."