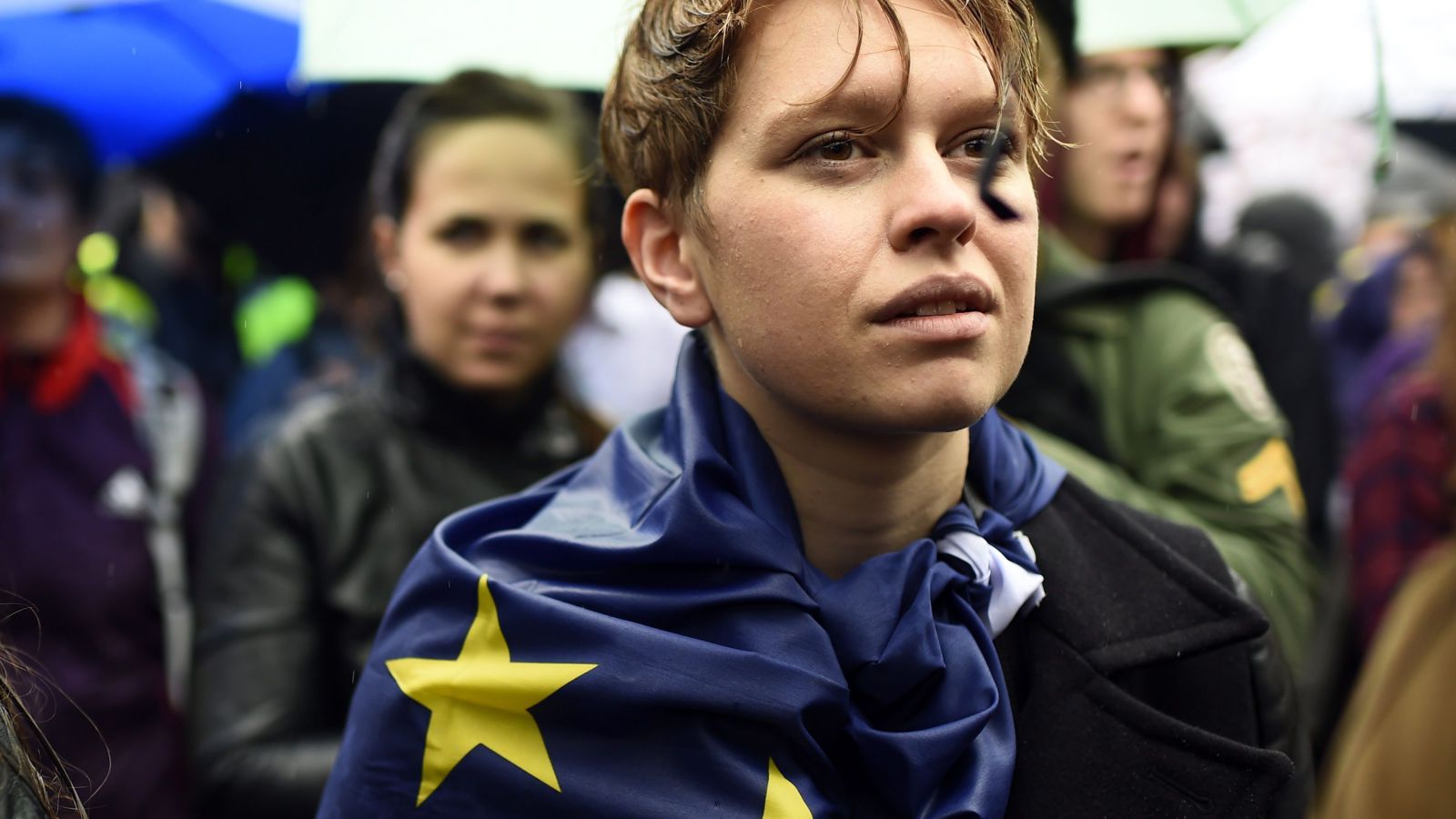 ​London Didn’t Label Me European until the Referendum

On the day after the referendum, I was chatting to a friend in our local park. The sun was shining, children were climbing trees, teenage boys were playing football, joggers went by fast. By all accounts, it seemed like an ordinary summer Friday afternoon in North-West London, and yet everyone around, including the children, knew that London would never be the same again.

The friend I was chatting to had not been able to vote. She was telling me that, like me, she has lived in London for all her adult life. She has worked, paid taxes and invested her money in property. Like me, she enjoyed a Europe of fluid boundaries, travelling often to Paris with the Eurostar to see her family. It was not any sense of French nationalistic pride, she said, that stopped her from applying for a British passport. On the contrary, she valued living in London, because of its pluralism, the lack of nationalism, a place to belong and to be. She and I had this in common; for all our adult lives, we took Europe for granted, and now we were faced with irreparable loss.

On the day after the referendum, I was also faced with a new label, that I could not have guessed before. I would now have to endorse my identity. ‘How are we to respond to our European clients after the Referendum?’ a therapist asked on an online therapists’ list of which I am a member. I responded vehemently. I am one of these ‘Europeans’, I wrote. I now seem to have become ‘the other’, as the British voted that they want to be "other" than Europe. Was I so naïve before to assume that I lived in Europe?

Loss was ironically not only what the Remainers had to face up to the day after the referendum, but also, the Leavers. Loss of the country they thought they knew, and of the certainties that informed their vote. Loss of a country that was not taken over by splitting, hatred and divisions, a country that had not chosen to initiate a process.

Like me, most of my therapy clients turned up at my consulting room deeply disturbed and stirred up by the news. They reported feelings of deep sadness, anxiety, anger and disillusionment. Mostly, they talked about loss and irreparable damage. As one of my clients put it, she could not hold her tears when her seven-year old daughter seeing how upset she was tried to comfort her by saying, ‘Do not worry mummy, we lost this year, but we will win the next.’ It was the realisation that there will be no winner out of this that disturbed her the most. That we will all have to carry our labels, European, English, Remainer, Leaver or whatever else, like a wound on the aftermath of a divisive and bitter battle.

Read our posts about the referendum and Brexit