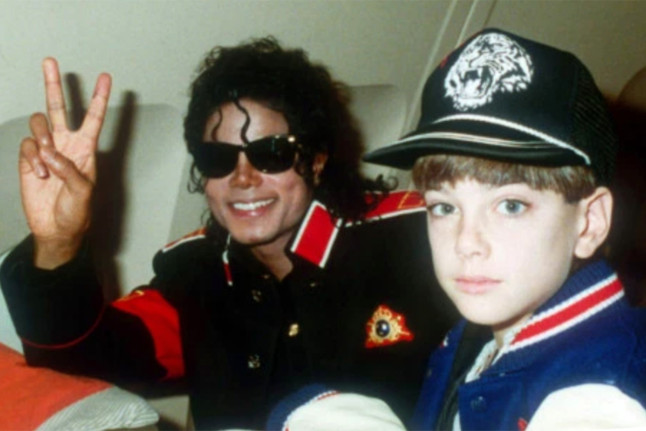 The film Leaving Neverland has been one of the most talked about documentaries for many years. It is an account of grooming and abuse and allegations against the pop star Michael Jackson. It focuses on the experiences of two men, Wade Robson and James Safechuck, and the boys they once were. It is all too rare for the voices of victims to be given prominence in this way, and it makes a powerful point about power, privilege and who is, and is not, heard.

For many viewers it also raises questions. Two I have frequently heard mirror questions often asked in the therapy room - why did I not tell then? And why did it take so long to speak out? These questions can eat away at survivors, robbing them of relationships, hope, self-esteem and sometimes even the will to live. Often they will become lost in self-blame, shame and guilt, which are sadly reinforced when others ask the same questions of them. Usually people are not intending to be malicious or harmful when they ask why a survivor did not tell someone, but our understanding of the impact of childhood sexual abuse and grooming is still so limited that they hurt all the same.

When we think of childhood sexual abuse, if we think of it at all, (many prefer to turn away and bury their heads in the sand), we tend to imagine a stranger, a dirty old man in a raincoat. This “danger stranger” as they were called in my childhood, acts impulsively, probably violently, and through strength and size overpowers the child. The child will then run, disclose immediately, and be believed. This narrative, terrible as it may sound, is one people use to comfort themselves. The idea that childhood sexual abuse is something akin to a force of nature, and so outside of the normal school, family, home or community.

The realty is very different. Whilst random attacks by strangers do exist, the majority of childhood sexual abuse and exploitation takes place under very different circumstances. According the NSPCC 90% of children are abused by someone they know and over a third of those children tell no one what is happening.

Why do victims of sexual abuse stay silent?

To understand that silence, we have to understand what grooming is and its impact. When an abuser grooms a child they use a variety of tactics to ensure they remain in power and control over their victim. Many of these are described in the Neverland documentary. Winning a child's trust, and often that of their family, can be a vital first step. We are so used to the idea of a “danger stranger” that being friendly, open, generous and welcoming can convince adults that there is no way that someone could be an abuser - they are just too nice! It is as if the act of sexual abuse of a child is so alien to the majority of us that we cannot comprehend how their behaviour is not visible to us, ignoring the great lengths abusers will go to in order to appear just like everyone else.

After the initial stage of grooming, when love and trust are won, it is not uncommon for the abuse to be normalised, “this is just what people who love each other do”. It is a twisting of love for their own dark ends that can impact a survivor's relationship throughout their lives. For the child does love the adult, and that very love is used against them. When one adult says “If you loved me you would do X” to another adult it is manipulative, when it is said to a child it carries even more power. Survivors can blame themselves for the very act of loving, as if being a child, a being who comes into the world designed to attach to and love adults was a choice they had or a mistake they made. The process of normalisation can also mean that it takes many years for a survivor to even realise what happened was abuse.

Grooming also includes a process of transference, where the guilt, blame and shame the abuser should carry are transferred onto their victim. This is mentioned in the documentary, where Jackson threatened that the boys would go to prison if they disclosed. This is not an uncommon tactic, children are taught to believe and trust adults, and if an adult tells them that they well be put into care, or arrested, or punished they believe them. This can play on ideas the child may already have about sex being dirty or shameful, further silencing them. It has been said that the survivor of childhood sexual abuse carries the guilt and shame which rightly lies at the feet of the abuser. Add onto that a fear that their entire world will explode if they tell anyone and even if they know abuse is taking place, disclosure feels impossible.

Those who abuse children are experts at using this guilt and shame, swearing a child to secrecy, and promising not to tell. In my work with survivors of CSA I have heard time after time of the way in which a child was groomed to believe they were equal partners, equally responsible and equally guilty. One heartbreaking scene in Neverland is where James Safechuck describes his “marriage” to Jackson, a 10 yr old being treated as an adult willing and able to give consent. The abuser will then often tell the child it could not be abuse, since they said yes, ignoring the power imbalances, and the coercion of that “yes” whether by twisting love or direct threats.

Into this area of equality physical response is often also used. We like to believe that desire, a mental process, and physical arousal are intrinsically linked, but, this is very far from the case. An abuser however will use a physical response to groom a child into believing they want the abuse to happen (a form of gaslighting). In doing so something very beautiful, our own discovery of our sexual being, is ripped away from a child, and instead their sexuality is distorted for the pleasure of another. This can cause great distress as the child grows, depending on the gender of the abuser and the type of abuse, it can cause them to question their desires, or feel so disconnected from them that they fear any kind of sexual response. It is not uncommon for LGBTQ survivors of CSA to worry that their sexuality is a result of the abuse, questioning something very central to their identity.

Understanding how grooming is used to coerce, cajole, gaslight and ensure silence answers both those questions I asked earlier. In fact it becomes clear to me from my work with survivors that they are the bravest people I ever encounter. Even telling your therapist is a courageous act considering the lengths that were gone to in order to prevent that disclosure ever taking place.

Borrowed shame: is there any way out?