Is your partner a sociopath?
Find a therapist
Find a coach
Join as a practitioner
Log in/register 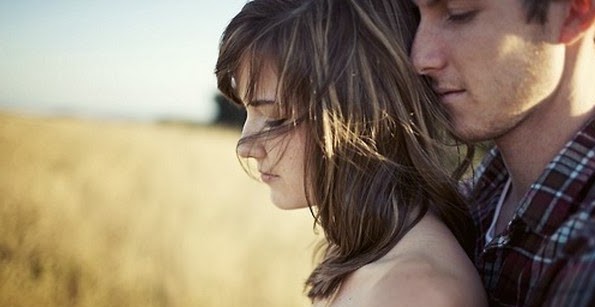 Is Your Partner a Sociopath?

Sociopaths are people with little or no conscience or ability to empathise with other people's feelings. One sociopath in the course of their lifetime will harm many people but hurt most those with whom they have intimate and close relations. Although many operate as seeming 'model citizens', behind the façade they have interpersonal deficits such as grandiosity, arrogance and deceitfulness, lack of guilt and empathy, and impulsive and occasionally criminal behaviours.

It's easy to miss these traits in someone you love because you are not expecting to see them. Sociopaths are more numerous than is supposed; some estimates suggesting one person in every 25 has sociopathic traits. Here's a story about one sociopath who almost destroyed his wife and family's life.

Elizabeth led a charmed life. A senior banker with a comfortable lifestyle she had it all, including a loving husband and beautiful daughter. That was until the day she realised that her husband of 25 years was a sociopath.

Andrew's enigmatic nature first drew her in. It was Elizabeth's belief in his kindly and honourable ways that led her, in the first year of their marriage, to overlook a £25,000 debt he ran up on their joint account. He also lost his job and didn't tell her. Believing these omissions and actions to be out of character and a result of pride, she paid off his debt. Over the years he lost his job on three more occasions. Each time he concealed the truth, but they weathered the turbulence together because she was convinced of his steadfast love and believed that, despite his dishonesty, he was a good man underneath.

But Andrew's affability was a façade. Behind the carefully constructed mask he had no qualms exploiting his loved ones. He racked up debt on his mother's bank account when she granted him power of attorney while she was in hospital. What's more he drew down a 'salary' for five years; stealing from Elizabeth and his parents in order to keep up the pretence that he was working as a partner for a management consultancy.

Since she had previously accused him of being secretive about his work he said he wanted to wipe the slate clean and explain everything. He told her about his new job, how he would be paid and that he would need money to buy his equity. In reality there was no job and no salary. He only pretended to be honest and loving to distract her from his clandestine activity and to extract money from her. One day whilst speaking to the mortgage company Elizabeth learned he had forged her name on a second mortgage. She called him from work for an explanation but he hung up on her then packed and abandoned her and the family home, but not before stealing and then pawning her jewellery and her mother's and grandmother's engagement rings. He left no explanation or apology, no way of contacting him, just debt and debris in his wake.

Sadly that wasn't the end of it. When the divorce was finalised he sued Elizabeth for refusing him access to retrieve items he had left behind. The items he demanded were petty objects like a Scrabble set and a rolling pin. Seemingly unable to grasp that his ploys no longer worked, he took to stalking Elizabeth for a time. But Elizabeth didn't let him or his stunts get to her. She had seen through him – finally.

Coping in the aftermath of abuse

It is doubtful whether Andrew ever will experience remorse for his actions, but for Elizabeth and their daughter, the costs of loving a sociopath have been huge. After being on the receiving end of sociopathic abuse and manipulation a person's initial reaction is often one of complete disbelief. Blinded by the sociopath's affections, the targeted person naturally trusts that their love is returned, but of course, this belief is based upon falsehood.

In the aftermath of abuse people may experience many responses - shock, disbelief, deep sadness, guilt, shame, anger, fear, loneliness and an array of physical symptoms including anxious thoughts, panic attacks, fatigue, flashbacks, although many also express relief at finally knowing what's been going on. They may suffer a loss of self-confidence and live in fear of doing the wrong thing and worsening their situation. They may ask themselves 'Why do I attract people like this?' or 'Am I to blame?'

Trying to outsmart the sociopath or getting into arguments with them reduces you to their level and distracts you from the task of protecting yourself. The best way to safeguard yourself is to avoid them, and refuse any kind of contact or communication. Sociopaths feel no obligation to you or anyone else.

To keep a sociopath in your life is to put yourself at risk of harm. You may find it difficult to exclude the sociopath from your life especially if you have family and friends who put unwanted pressure on you to continue the relationship. Don't give in. Remain unmoved by those that don't comprehend the danger of the situation, and have the strength of your convictions. If total avoidance is out of the question, limit contact as much as possible. Above all, make the rules of engagement ones that are right for you and do your utmost to stick to them.