How Do I End Therapy?
Find a therapist
Find a coach
Join as a practitioner
Log in/register 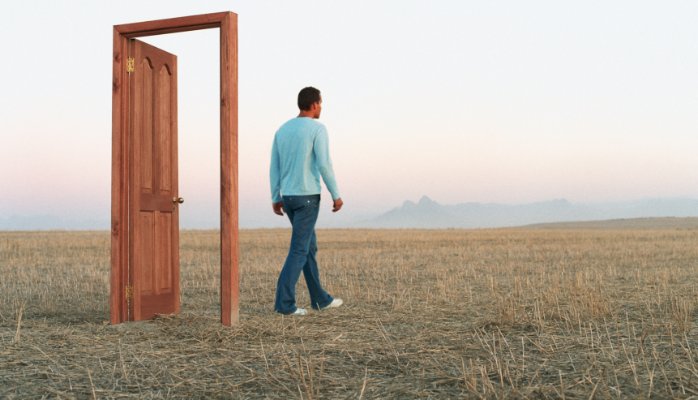 How Do I End Therapy?

When I was training to be a counsellor my tutor used to emphasise that the ending of the therapeutic relationship was present from the very first moment therapist and client meet. It was an important reminder for students trying to navigate their way as both learner, and counsellor, and has stuck with me since.

This idea that the ending of a therapeutic relationship is carried within it, from the first moment that client and therapist meet can be a frightening one. Often clients will feel genuine fear that they will prove to be “too much” for a therapist. This can be because of how others have treated them in the past, or because they are scared of being too much for themselves. The belief that certain emotions will be overwhelming is a very strong one which can sometimes make ending seem inevitable, which makes the explicit mention of endings seem even more frightening. It can seem like the therapist is agreeing that the issues the client brings are indeed too much and will force a breaking of the relationship.

When we look at conventional “break ups” we perhaps see part of why endings are presented as something to be avoided at all costs. Our books, popular music, films, TV shows, almost any medium you care to name, love the drama that a bad break up brings. Romance is shown as something that can only end painfully. The entire history of pop music from It’s my party (and I’ll cry if I want to) through to It’s all over now baby blue would be so much emptier without the songs of loss and endings. However this creates an idea that endings always contain pain and must be avoided at all costs. In people’s own lives too there will have been endings which bring pain, and the idea that an ending is of itself a negative thing.There is of course pain when some relationships end but one of the things therapy can model is that it is not inevitable in all relationships.

I believe, the knowledge that the therapeutic relationship will end is a message of hope. In saying you will no longer need to be here, there will be change, and growth, and a movement towards that best self therapy hopes to bring, we offer hope. A therapeutic relationship should never be a dependent one. It may upon occasions feel like it to a client in crisis, but this should be fleeting. By making the ending part of the process, we acknowledge the fear but also say, you can do this, you can move into the sunlit uplands from the dark valley.

There needs to be an awareness too that and ending does not mean finished, in the sense of perfect. This can be difficult for clients, especially if they are still haunted by the idea of “shoulds”. No human is ever finished, there is no perfection, but many of us can feel that we should be better than we are. If we were to wait until a client were perfect there would be no ending ever, since it is an impossible state to achieve. Instead we look back and see where we started, where we are now, and realise we are ready to face the next stretch of road alone. Carried within this is the knowledge that if the journey gets difficult, we can always return. An ending of one particular therapeutic relationship does not mean there cannot be a reopening, when life’s burdens become more difficult again.

What if the client recoils when an ending is mentioned, and insists that they are not yet ready to walk alone? Each counsellor has to respond to this from their own heart, and mine is person centred. Working as I do in private practice I have the huge advantage of not having to limit sessions according to some arbitrary number determined by employers or other agencies. Instead an ending is decided between us. It is important that a client feels able to say no, especially when so many people have had little experience of being heard. We may need to explore what prompts the no, but it does not mean that my voice is the only one which matters.

It is also important endings look at practicalities. How does a client wish you to act if you should encounter each other after therapy has finished is often discussed. There needs to be space for both parties to say what they do not want to be left unsaid, there cannot be an ending when things are unfinished. I personally believe it is important to reflect on the change and growth I have been witness too, so a client can carry that away with them. All of these steps show how an ending can be managed, and structured so it becomes an opportunity, and so far less frightening.

To live, and interact with others on any level of intimacy, means the interaction may end. To take the most from any experience, including the therapeutic one, we need to let go of the idea endings are of themselves a risky, or frightening thing, and instead accept them as an integral part of the process. To be able to look back and say “that was a good ending” is very often a rare experience, but it is one which brings learning which we can take with us into the world beyond the therapy room.