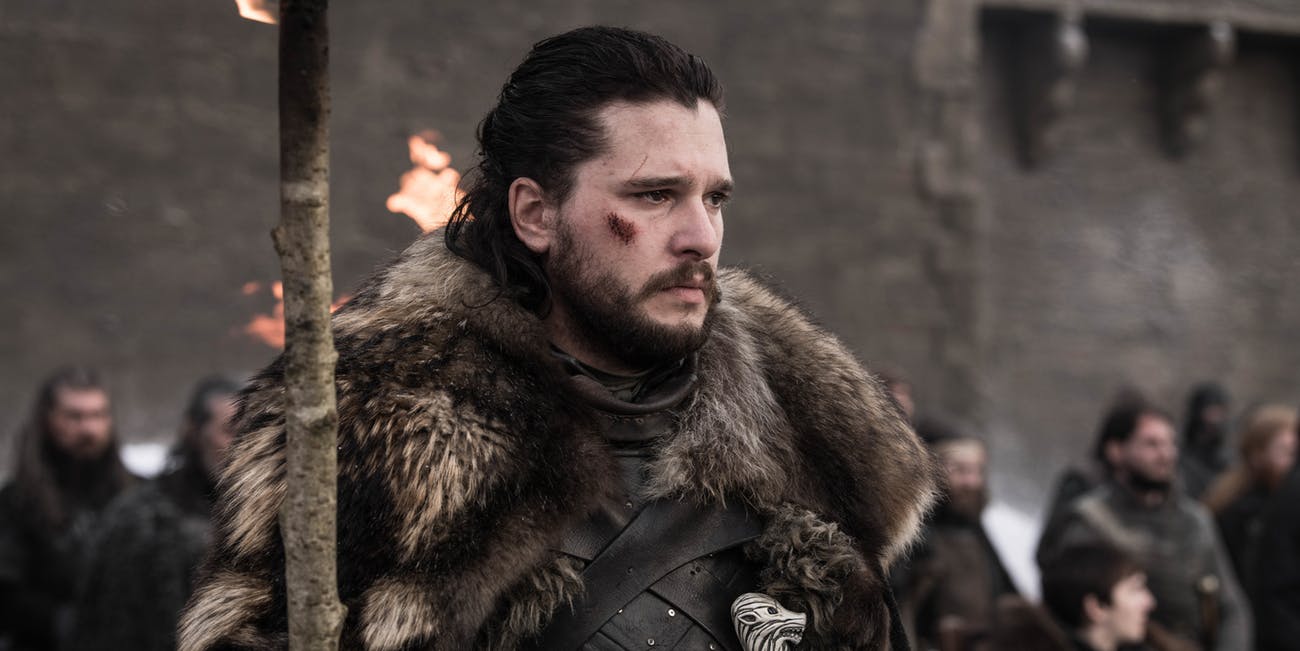 GoT's Kit Harington and the Psychology of Endings

Over eight years and 73 episodes, Game of Thrones has taken us on an epic ride through an incredible but somehow relatable invented world. Here’s another fantasy storyline. Imagine Game of Thrones’ Jon Snow lived in the real world.

After discovering the man he’d always thought of as his father wasn’t his father after all and his girlfriend was actually his aunt, on top of fighting in a horrible war and seeing his lover die (not to mention how), his mental health takes a downturn.

Jon’s broody, downbeat character reveals a predisposition to depression; Bodyguard-style he suffers from post-battle PTSD and, like many a Northern male, self-medicates with alcohol only to find the ‘solution’ compounds the problem. His story arc involves a bit of a breakdown and ending up in therapy.

It makes perfect narrative sense. So should we be surprised that Kit Harington, the actor who plays him, checked into a ‘wellness retreat’ suffering from stress and alcohol issues as the show comes to a crashing, if not entirely satisfactory, finale?

As the last episodes aired, there were indications all was not well for Harington outside the seven kingdoms.  Footage had already emerged of him drunkenly disrupting a bar-room game of pool and getting thrown out. Then The Last Watch, a documentary about the final season, showed his intensely emotional reaction, holding his head and crying, when first reading the scene where Jon kills Daenarys. After his very last takes, he told Esquire: ‘They called wrap and I just f****** broke down. It was this onslaught of relief and grief about not being able to do this again.’

It emerged he was getting help for ‘personal issues’. Which prompted a range of responses on social media from sympathy to - on the Daily Mail’s website - ‘Grow a pair.’

Think about how much of your own identity is tied up in your role at work. We all invest our self-image and self-esteem in what we do most of the time, whether as a CEO of a start-up, a full-time Mum or working the check-out at Tesco. Part of who you are is tied up in that role. Imagine if you lost it, who would you be then?

For a quarter of his life – Harington has lived GoT. It has catapulted him to worldwide celebrity, he met his wife (on-screen love interest Ygritte) on set and he’s no doubt forged Valyrian-steel-type bonds with cast and crew – people who feel like family but won’t be in such constant contact now. You’d need rock-solid, ultra-robust self-esteem to be 100% confident there’s life – and a career – beyond Jon The Bastard. And whose self-esteem is that resilient? To paraphrase, he who is without self-doubt should cast the first nasty comment on social media.

We often try to brush endings under the carpet. Pretend they don’t matter. Even when someone dies, within three to six months people stop rallying round the bereaved. After a break-up friends often expect someone to be OK after a couple of weeks. But often they’re not OK. They feel haunted by loss and are hurting.

In therapy, endings and losses are given a far heavier weighting.

The psychology of endings

Endings are the dragons of the psyche. They often hit suddenly – especially if you have no control over what ends and when - leaving emptiness and devastation in their wake. I trained with the bereavement charity Cruse and we were told all losses resonate with ones that went before. If those past endings went un-mourned they can re-surface (and complicate things) in the present. For example, someone who lost their father two years ago when they were pitching for promotion at work and only took three days off, stuffing their feelings down and ‘soldiering on’, might find themselves poleaxed by the death of their cat. Their response might seem, to them and everyone around them, disproportionate. But it’s not all about the cat.

‘Every ending requires us to come to terms with what we have lost and begin anew’ writes psychotherapist Isca Salzberger-Wittenberg in her book Experiencing Endings and Beginnings. She was inspired to write it having ‘been impressed by the intensity and depth of emotions aroused by beginnings and endings.’

‘Come to terms with’ is such an innocent phrase yet can involve weeks, months, years of mental and emotional work – figuring out the meaning you’ve taken from the loss, the beliefs you’ve formed about life as a result, exploring emotions you’re feeling or, indeed, burying. It’s not always possible to do this on your own. Which is why counselling and therapy helps – friends often experience ‘compassion fatigue’, getting judgemental and impatient.

Even small endings create change and that’s always stressful. Any period of sustained stress where we feel overwhelmed by difficult emotions will expose any mental health vulnerabilities we might have. Whether that’s a tendency to anxiety or, like our fictional Jon Snow, depression. Or, as with Kit Harington, drinking too much and finding it only makes things worse.

Prince Harry has said he ‘shut down his feelings’ for almost two decades after losing mother when he was 12. But feelings don’t really shut down, they get suppressed often to re-emerge later in unhelpful ways. Like the Prince’s ‘two years of total chaos’ when he often felt like ‘punching someone’. Counselling worked and he helped set up Heads Together, an initiative to remove stigma on mental health. Judging by Harington’s haters telling him to ‘grow a pair’ when the actor is visibly struggling, there’s work to be done.

You can’t compare losing your mother at 12 to Harington winding up a role he’s been paid £2 million an episode for – as the social media critics say, they’d like to have that kind of a problem – but the pressure he’s under is unimaginable. If you feel tempted to judge, think about the significant endings you’ve experienced – how they felt and how you coped. Or not. Many young people haven’t faced major losses yet. But it’s impossible to get through a lifetime without them. And we all have the biggest ending of all hanging over us one day.

Wherever Harington goes for the rest of his life he’ll hear people saying ‘You know noothin’ Jon Snurr’ or ‘Winter is coming’. He’ll know more about life’s emotional winters than before the Game began. Hopefully he can ‘come to terms’ with the loss and move on to other roles. Re-born in a different way to Jon Snow.

Why am I still crying? Identifying and resolving complicated grief

Meghan Markle and the psychology of media backlash

How Prince Harry was helped by bereavement counselling

How do I end therapy?