Fleabag: an Anti-Heroine for Our Times
Find a therapist
Find a coach
Join as a practitioner
Log in/register 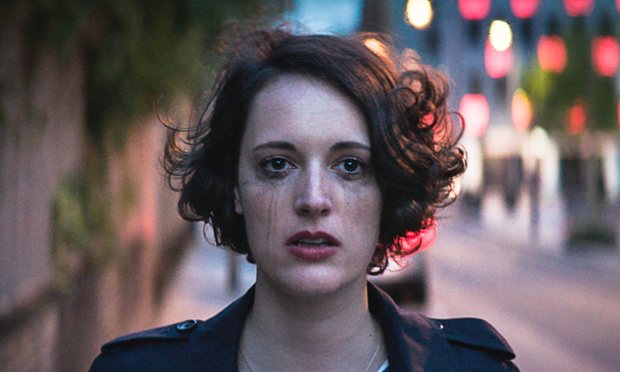 Fleabag: an Anti-Heroine for Our Times

Fleabag is a refreshing, comic, six part TV series, written and performed by Phoebe Waller –Bridge,  who performed it first at the Edinburgh festival. Originally screened on BBC4, reshown on BBC, now available on iPlayer, it is also currently taking the US by storm.

The anti-heroine is a twenty?-something with a  dysfunctional family: a sister she loves hates and competes with (Sian Clifford), and an emotionally absent father (Bill Paterson) who falls under the spell of godmother (Olivia Colman) who confides to our unnamed heroine Fleabag, “your father is a deeply sexual man”.

Added to this cast of comic characters are Harry, Fleabag’s friends with benefits ‘boyfriend’, Boo, her best friend and partner in her café, bank manager, and ‘areshole guy’.  Using deadpan comedy in Phoebe’s collusive revelations to camera, the audience gets an insight into Phoebe’s thoughts, feelings and the human condition as she navigates single life, lovers, sex, disasters and the loss of her friend.

Fleabag’s revelations describe what she really wants to say, or what she knows others are thinking, while everyone smiles broadly through their passive aggression, highlighting the reticence of the English and their nervous keeping up of appearances.  Colman is brilliant as the wicked stepmother, sticking the knife in under her charming grin, inappropriate with Fleabag’s boyfriends, and displaying a wall of sculpted penises at her ‘sexibition’, where she asks Fleabag to guess which one is her father’s.

In a culture that makes every phone owner the star of their own life, what is refreshing in Fleabag is a female character as disreputable as her name.  She is taboo-breaking and promiscuous, masturbates to Barack Obama’s speeches, steals stuff, and names a new lover ‘fuck me up the arse’ as per his particular fetish.  She surprises the audience with a character who is both bolshy, sexually uninhibited yet insecure and running scared. ”Either everyone feels like this a  little bit and doesn’t talk about it, or I’m really fucking lonely which isn’t fucking funny”.

The dark humour and undercurrents have caught the interest of a huge audience alive to the contradictions in being feminist and liberated in a culture that continues to define women by their sexual appeal.  Fleabag explores the pitfalls of aligning oneself with the sexual body, as our heroine breaks down, “Sometimes I wish I didn’t know that fucking existed, and that I know that my body as it is, is really the only thing I have left, and when it gets old and unfuckable I may as well kill it!”

For the service of postmenopausal women losing their sexual currency, I may have to write that one myself.