Fancy a shag? There's an app for that
Find a therapist
Find a coach
Join as a practitioner
Log in/register 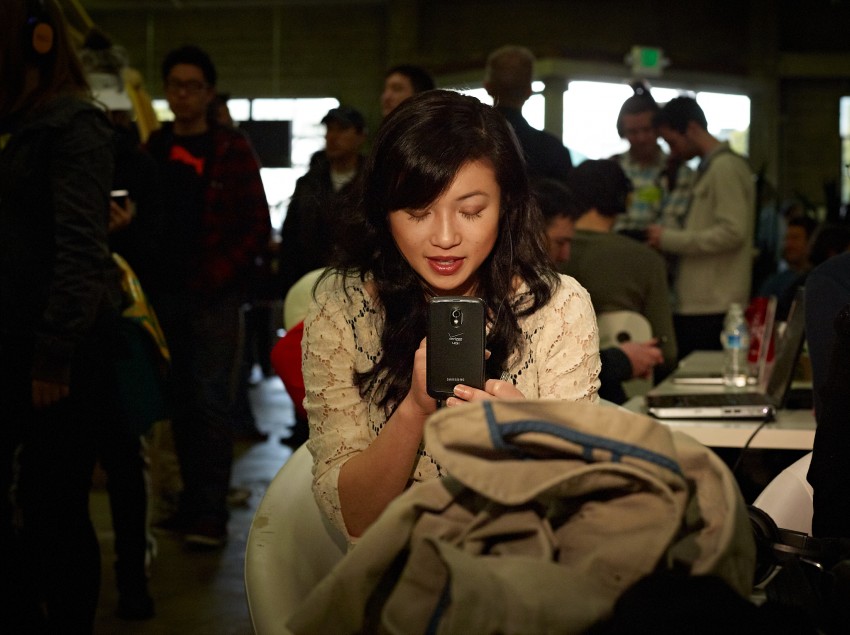 Fancy a Shag? There's an App For That

There is something about non-mainstream groups that enables them to buck convention. For example, it has been reported that in some areas gay male populations may be among the first to gentrify and colonise neglected urban neighbourhoods, eventually bringing them into the interest of conventional property buyers.

It was gay communities too who were among the first to arrive en masse to social networking. Gaydar, a website devoted to enabling gay men to meet each other, launched at the turn of the millennium and was going strong a full six years before Facebook opened up to the wider world.

Gaydar, which let gay men upload a profile and meet others with similar interests, may be considered among the earlier social networks. Outside heterosexual convention, many of its users were freed up from expected heterosexual norms around sex and relationships and were able to use the service to get right to the point – to arrange sexual liaisons without all the usual social graces.

The development of smart devices has reduced the dependence on desktop interfaces that supported services like Gaydar which have now largely been subsumed by its newer iteration, Grindr (launched 2009) which reduces functionality even further to photos, brief descriptions, and a chat function. Whether the popularisation of these websites and apps in gay culture are due to sexuality or gender is still up for debate (probably a combination of both) – but the nature of the relating they invite, to make a broad generalisation, is certainly more masculine than feminine in nature; indeed they were founded, populated and used almost exclusively by men. Whatever the psychological and cultural reasons behind that, just like gentrification in the physical world, where the non-conventional paved the way, the mainstream will follow: voila Tinder. Now the straight people can settle where gay men originally blazed a trail.

Both Grindr and Tinder (and scores of other similar apps) have reduced the complexity of sexual relating down to the bare bones. Both services lean heavily towards outward appearances (individuals are judged primarily on profile pictures) with all but the most basic information removed. This is not online dating; this is an online prelude to shagging. Equipped with a GPS smartphone and a 3G or 4G connection, users of all sexual orientations can find an attractive other within walking distance of their current location. Such potential meetings are no longer liaisons dangereuses rather they are liaisons banales.

Recently, Holly Baxter, writing for The Guardian noted that Tinder is “a natural evolution of what the dating scene for the millennial generation already looks like," in brief, too busy and too poor to date properly and living their lives on the go. This is dating from the pocket. Pete Cashmore, writing in the same Guardian article remarks of Tinder's being “contemptuously superficial. There are hundreds upon thousands of women, about whom you know almost nothing, and you snap-appraise them with a single swipe." So, should we be worried about this new technology that may be both a natural evolution while at the same time being contemptuously superficial?

Melvin Kranzberg, historian of technology and originator of the six “laws of technology" proclaims in his first most famous law that “Technology is neither good nor bad, nor is it neutral." The thing that makes technology not neutral is its architecture - that it enables certain kinds of relating, while disabling others. Elsewhere I have called this “aperture." What aperture does is narrow complexity across social networks, so rather than having a wide aperture enabling the full complexity of a whole person (body language, tone of voice, eye contact, etc.) an app like Grindr or Tinder offers a narrow aperture limited to image and some text. Hence, it does what it says on the tin: creates a space for quick judgements enabling an erotic encounter.

While there's nothing essentially wrong with sex as a recreational activity, nor technology that enables it, it is important to remember that human beings are innately relational. In other words, we are basically wired to attach to important others, and this basic motivation for attachment goes much further and deeper than our basic sexual needs. In fact, you could say that our motivation to relate, to love and be loved, and to be fundamentally and authentically recognised by others is a basic need – like shelter, food and warmth.

In this context, relating over narrow aperture for sexual encounters is one thing, but if this is the endpoint of one's capacity for interrelating, it can be emotionally limiting over the long term. Still, apps like Grindr and Tinder are tools that enable individuals to choose quick-fix sexual relating anecdotally at least, there is evidence to show that some relationships do indeed grow from encounters like these. Sometimes seeking sex can be a proxy for seeking a relationship.

Recent UK research carried by the National Survey of Sexual Attitudes and Lifestyles (Natsal) reveals that while people are starting to have sex at a younger age, the frequency with which sexually active people have sex is actually decreasing. Furthermore there appears to be an increase in the disapproval of extramarital sex. Principle investigator Dame Anne Johnson states:

“We tend to think that these days we live in an increasingly sexually liberal society, but the truth is far more complex. The context in which we have sex, and the variability of sexual lifestyles we have, continues to change, and whilst we think of sex as being more widely available, with more explicit TV programmes and films and extended social networks, in fact, as a nation, we are having no more sex nowadays than we did a decade ago."

So among all the excitement about apps and their popular take-up, it may be a rather smaller number of actual individuals relying on them as a lifestyle choice. The advent of this kind of relating in the mainstream is still new, so we will have to see what kind of impact it will have. My own previous work has indicated that there is a risk in devoting too much energy to the outward facing aspects of our selves, those very parts of us that are encouraged by social networking in general. Apps like Tinder and Grindr, by reducing aperture even further, enable even further reliance on outward appearances (namely body image and other basic signs of attractiveness) which can be damaging if relied upon too much for one's self confidence.

If previous research into non-sex based social media like Facebook is an indication, then people who wouldn't normally meet up for a quick shag aren't much more likely to do it now than they would have when these apps weren't available. However, the sheer ease with which one can access others for this purpose will surely tickle people's curiosity, and some will follow on to have other things tickled as well.