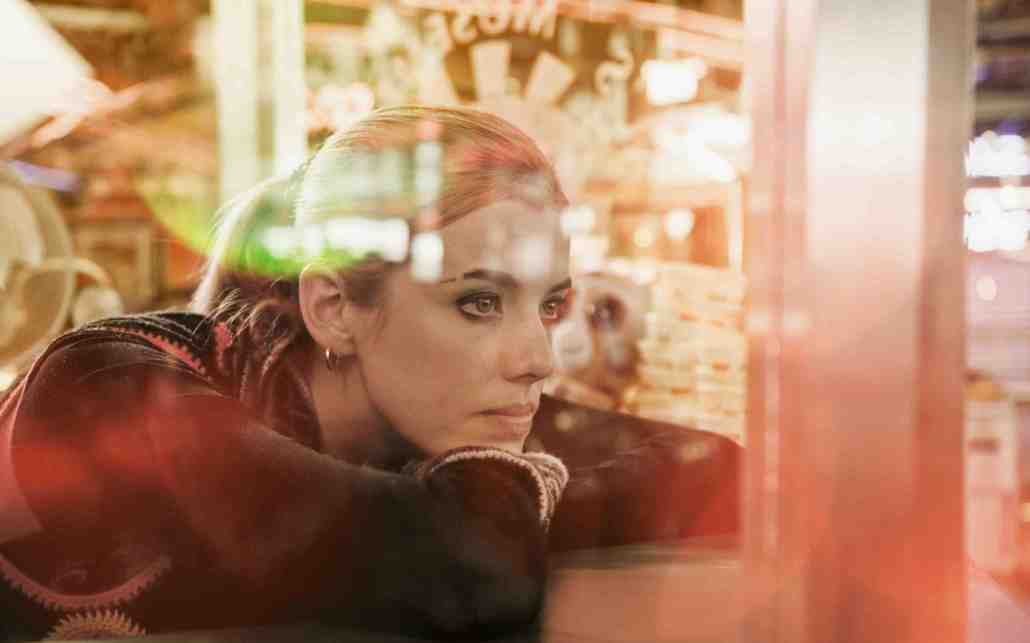 In Bryn Higgin's film Electricity, Agyness Deyn gives a star turn as Lily, an inspiring fearless young woman, working in a faded northern seaside arcade, taking the audience with her on the inner journey of her epilepsy.

The creative camera work explores the otherworldly visual hallucinations, aural distortions, and ellipses in time, and the physical toll she suffers in her electric storms. Based on the novel Electricity by Ray Robinson, Lily's unique voiceover captures her experience of an epileptic seizure, 'Here's the breath, and I'm Alice falling down the rabbit hole'.

Her drawings cover her walls, and populate her 'Head Book' depicting the disease she lives and breathes. Lily's unique colourful style describe a survivor who endured name calling, 'fit-tastic-spastic', but will not be defined by her 'electricity'.

The unpredictable relentless seizures are brutal, jarring and vividly captured, followed by lost days, 'what would they look like if you put them all together', Lily wonders. They are not the whole story however, as Lily is haunted by her violent past, the mother who threw her down the stairs as a baby, which caused her condition.

When her mother dies, she sets off on a needle in a haystack journey to find her brother Mikey, separated as children when her mother sent him into care. Driven by her need to find him, Lily faces London, the seizures that strike at any moment, drug addicts who rip her off, the unkindness of onlookers.

Yet there is Mel, who takes her in, and the chaos she brings. We see the impact of epilepsy, as Lily is pushed to her limits by bullying consultants who change her medication, as she tries to manage the unpleasant disorientating side effects. But it's the impact of her childhood that leaves the most scars, as Mikey retreats from her, and the love and connection that helped them face their abusive childhood.

While epilepsy takes hallucinogenic centre stage, the film resonates delicately between these two strands, in a story beautifully told, and one, which Lily survives with the use of her feisty mantra, 'Thrash up, get up, get on with it'.