Family Favourites: Can we love our children equally?
Find a therapist
Find a coach
Join as a practitioner
Log in/register 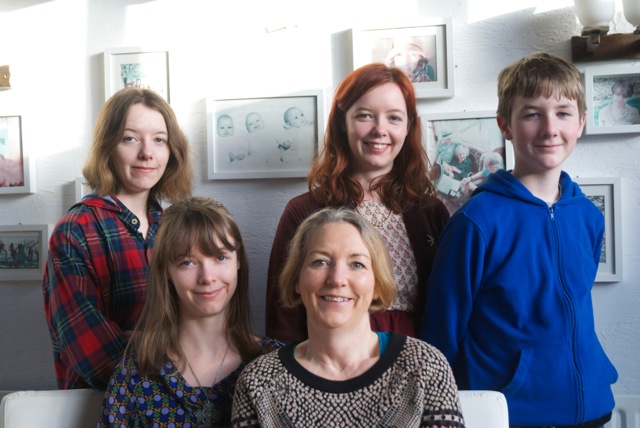 Can We Love Our Children Equally?

Can we love all our children equally? This question concerned me even before my first three children were born. They are triplets – now mature young women – but even while they were jostling for position in the womb, I wondered how I'd ever be able to divvy up my time, energy and resources fairly and remain sane.

Born six-weeks prematurely, my daughters needed time in special care. Within a few days, two were back with me on the post-natal ward, while the third was still two floors up in an incubator. A visiting mum of triplets who'd mentored me through the pregnancy advised me to split my time evenly during the early days, no matter how hard it might be, or I might come to regret it.

As soon as she left, I went up to the special care unit and asked to hold Becky, gazed into her questioning eyes for a good half hour, fed her, made up a little song to sing to her; made a connection. It was a timely reminder that, in tending to the needs of the child (or children) in front of us, we sometimes ignore the quiet one waiting at the back.

The toddler years were a real challenge, and I was astounded by the ferocity and competition that emerged between the three girls. Every day brought tantrums, some of them mine! I noted in my diary when they were 18 months old: "All three clamour for me to notice them and respond and, no matter how patient I try to be, I often feel I'm failing."

Rebecca remained the quietest of the three, but at 19 months I noted: "She is going through a stroppy phase. After being so constant, she's now aware that the only way to get my attention sometimes is to fight for it. But she's clearly ill at ease fighting and she wears an anxious frown on her face these days. She sits with me when the others are in the garden, snatching a moment to herself, and when her sisters return she panics, terrified that they'll usurp her place on my knee. I feel sorry for her. She's a peaceful soul, but because of the circumstances is forced to compete, quite against her nature."

, as one testing phase merged into another. I was less a mother, more a referee. I constantly worried that I was letting them down. I was annoyed with my own impatience. But as they grew older and metamorphosed into articulate, lively and engaging girls, I realised that what they had missed out on in personal attention from me and their dad, they had made up for in their own interactions. They grew up to respect each other's wishes and opinions, they saw sharing as natural, and they each have a strong sense of justice that has stuck with them into adulthood and serves them well.

Now aged 27, they are interested in looking back on their childhoods. Over Christmas, Becky dug out an old family video from when they were three years old, talking about their first day at nursery school. There is less footage of her than of her sisters. While Alex and Olivia can be seen vying for my attention, she hangs back, and when she does finally get a turn to speak I have to tell the other two to be quiet and stop talking over her. But when I ask whether she remembers feeling elbowed out, she doesn't. She remembers enjoying going off to do her own thing, and also the fun of being part of a group of three.

I've always tried to adhere to one golden bit of advice on parenting picked up from the books I turned to during those early years, when I was trying to navigate the challenges of sibling rivalry: praise good behaviour, ignore bad. But even that could be tricky. At times I've wanted to whoop with delight at one child's achievements or good news, but have felt the need to tone it down for the sake of the others. This continued even as they grew up. When one got an offer from Oxbridge and the others didn't, any sense of celebration was muted. It all worked out fine – they were ultimately all happy where they ended up – but I remember feeling more anxiety than glee at the time.

The question of how to be fair has continued throughout their lives. Sometimes one daughter has needed more support – financial, moral or practical – than the others. And when their little brother was born (he's 15 years younger), a whole new set of dilemmas arrived. I found out what it was like to have an intense relationship with one child on his own: lovely, but it brought its own challenges. And with a toddler to look after, there was no chance of me being a "helicopter parent" when my daughters left home. They made their own ways to open days and interviews, and I didn't see any of their universities until we spent two busy weekends in a packed car hastily dropping them off. They quickly had to become independent of us as parents, and of each other.

My son (now aged 12) has never had to compete much for my attention. It's a relief to be able to praise (or criticise) without worrying about how it sounds to a sibling.

So has it been possible to love all my children equally? Yes, I'm relieved to say it has. There's been no limit to how much I care for them, and looking back, any gripe I've had with one or other child has been fleeting. I've fought hard to avoid favouritism and (so far, at least!) I think I've succeeded.

Has it been possible to be fair to them all? No, quite impossible in fact. But perhaps that is the most important life lesson we can teach as parents. Life is not always fair, but as long as the love is there, you get by.

Wendy with her four children: at back Alex, Becky and Milo; in front Olivia and Wendy

Having raised 4 children, and learned a lot on the way, Wendy Varley suggested some of the books that helped her along the way.

Beyond Sibling Rivalry: How to Help Your Children Become Cooperative, Caring, and Compassionate