Can Schizophrenia be Prevented?
Find a therapist
Find a coach
Join as a practitioner
Log in/register 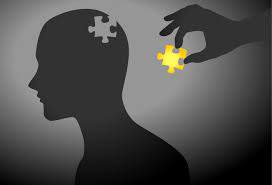 Can Schizophrenia be Prevented?

Schizophrenia is a long-term, severe mental health condition which is characterised by a range of symptoms, including auditory hallucinations. It is commonly misunderstood and misrepresented, but fortunately there is on-going research into the condition which seeks to change this.

A new study, which was published today in the American Journal of Psychiatry, had raised the possibility that schizophrenia could be prevented. The research has concluded that immune cells are more active in the brains of people at risk of schizophrenia, as well as in those already diagnosed with the disease; consequently, testing people most at risk of the disorder could allow them to be treated early enough to avoid its most severe symptoms.

The research, which was carried out at Imperial College London, in collaboration with King's College London, discovered those with schizophrenia and those more at risk of the disorder have higher activity levels of microglia in the brain. Microglia are the cells which are responsible for 'pruning', the process by which the connections between brain cells are rearranged so that they work as effectively as possible.

Peter Bloomfield, lead author of the study, said: “Our findings are particularly exciting because it was previously unknown whether these cells become active before or after onset of the disease. Now we have shown this early involvement, mechanisms of the disease and new medications can hopefully be uncovered.”

Dr Oliver Howes, head of the psychiatric imaging group at the Medical Research Council Clinical Sciences Centre, added: “Schizophrenia is a potentially devastating disorder and we desperately need new treatments to help sufferers, and ultimately to prevent it.

“This is a promising study as it suggests that inflammation may lead to schizophrenia and other psychotic disorders. We now aim to test whether anti-inflammatory treatments can target these. This could lead to new treatments or even prevention of the disorders altogether.”

Professor Hugh Perry, Chair of the Neuroscience and Mental Health Board at the MRC, added: “Schizophrenia, like other mental health disorders, is a complex disease that we know is caused by an interplay of genetic, behavioural and other contributing factors.

“This study adds to a growing body of research that inflammation in the brain could be one of the factors contributing to a range of disorders – including Alzheimer’s, schizophrenia and depression - and with this new knowledge comes the hope of life-changing treatments.”