Are you in a relationship with a narcissist?
Find a therapist
Find a coach
Join as a practitioner
Log in/register 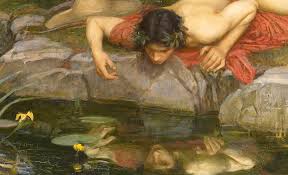 Are You in a Relationship With a Narcissist?

All of us can be selfish at times, but some of us are selfish all of the time! There's nothing wrong with a little 'me-time', but some people are so self-preoccupied that they're unable to form healthy relationships. If that sounds like your partner, you may be in a relationship with a narcissist.

Narcissists, in bygone days called megalomaniacs or severely egocentric, are people who spend the entire time wrapped up in themselves. Narcissism occurs in a spectrum of severity. In its more extreme form it is narcissistic personality disorder (NPD), which affects about one person in 100. It's more frequent in men than women.

That said, the disorder closely resembles Borderline Personality Disorder (BPD), where three-quarters of those given the diagnosis are women, so it's possible that sometimes NPD in women is incorrectly diagnosed as BDP. Narcissistic traits are very common in adolescents, but most grow out of this. Narcissism is, to some extent, validated by the culture we live in. Ours is a culture of me, myself and I. The Internet is 'I-centric' and gadgets and “apps" reflect the rise of the 'I' culture and narcissism of our times - "I" Tunes, "I" Pod, "I" Phone and “I" Pad.

Individuals with NPD are wholly self-centred, grandiose, exploitative, and lack empathy. Not only are they excessively preoccupied with themselves, they often believe they are unique or "special". They lure you into their lives with a supercharged charisma but after sweeping you off your feet have no qualms in putting themselves first or in exploiting you for personal gain. Beneath the superior façade they can be fragile and unable to handle criticism. They compensate for this by belittling others or being cruel in order to validate their own self-worth.

What to look for

How do you know if you're involved with a narcissist?

Narcissists have a strong sense of entitlement and they love to be envied. They will borrow things and not return them. They will use you for their own self-glorification: if you are attractive, they will show you off to make themselves look better. If you have something good, they will want it.

2. They have fits of explosive anger

The key to understanding narcissists is to understand that deep down inside they feel empty and fragile, so they have to put up a façade of superiority to manage to get through life on a day-to-day basis. So, they lash out whenever they feel threatened or when their confidence is wavering. So choose your battles carefully.

3. They big you up then put you down

When they first meet you narcissists make you feel that you're the most wonderful person in the world. But at some point you will become a disappointment to them and from then on in they will take every opportunity to degrade you, even going so far as to cut you out of their lives. They experience life in black and white – for them, there's no in between. They either love you or hate you.

They are all-consuming and take over your life.

It's easy to give up on your own needs and wants in order to take care of a narcissist, but it doesn't make for a healthy relationship. At worst you can end up in a victim-perpetrator-rescuer pattern of behaviour and find you're constantly 'walking on eggshells'. If you are the caretaker in the relationship, it's time to consider stepping out of this rigid role and figure out what unhealthy patterns of behaviour have emerged in the relationship.

Ironically the way out of unhealthy interaction with a narcissist often entails the rescuer becoming more self-focused, more willing to concentrate on their own needs and wants. This allows the narcissist to take responsibility for themselves. So step back if you feel overwhelmed by the narcissist in your life. Take time to decide if you want out of the relationship, which may be the best thing to do if you have been treated badly. Alternatively, where there's no great risk to your wellbeing and safety, you might just figure out how to instigate healthy boundaries in the relationship and give it another whirl. At any rate you may have over-estimated their reliance on you. Stepping back gives you time to consider what makes you tick and look anew at what you need and want from relationships.

That's just what Sarah did, who's lived with her narcissistic boyfriend Ben for two years. Here's what she's got to say on handling the relationship. “Ben is totally narcissistic. And so competitive! He's always bragging and showing off but that's only because he's got a fragile ego. When we first got together I used to cave in to his demands. Nowadays I've discovered I can say ''No'' to his demands, especially if they are excessive. I've found that getting angry only makes things worse especially if we get into a fight. So now I frame things differently. Instead of saying 'I won't do this', or 'I won't put up with that', and being stroppy with Ben, I reframe it and say things like, 'I'm happy to do this for you if, in exchange, you'll do this for me.' He might protest and overstep the mark sometimes, but my new approach has helped. Nowadays I'm feeling a lot happier in the relationship. I've learned – finally - to stand up for myself."

Dr Jane McGregor is the author of Coping with Difficult Families. The book discusses narcissism and other common antisocial traits found in the people we meet in daily life.