Are you Easy Prey for a Sociopath?
Find a therapist
Find a coach
Join as a practitioner
Log in/register 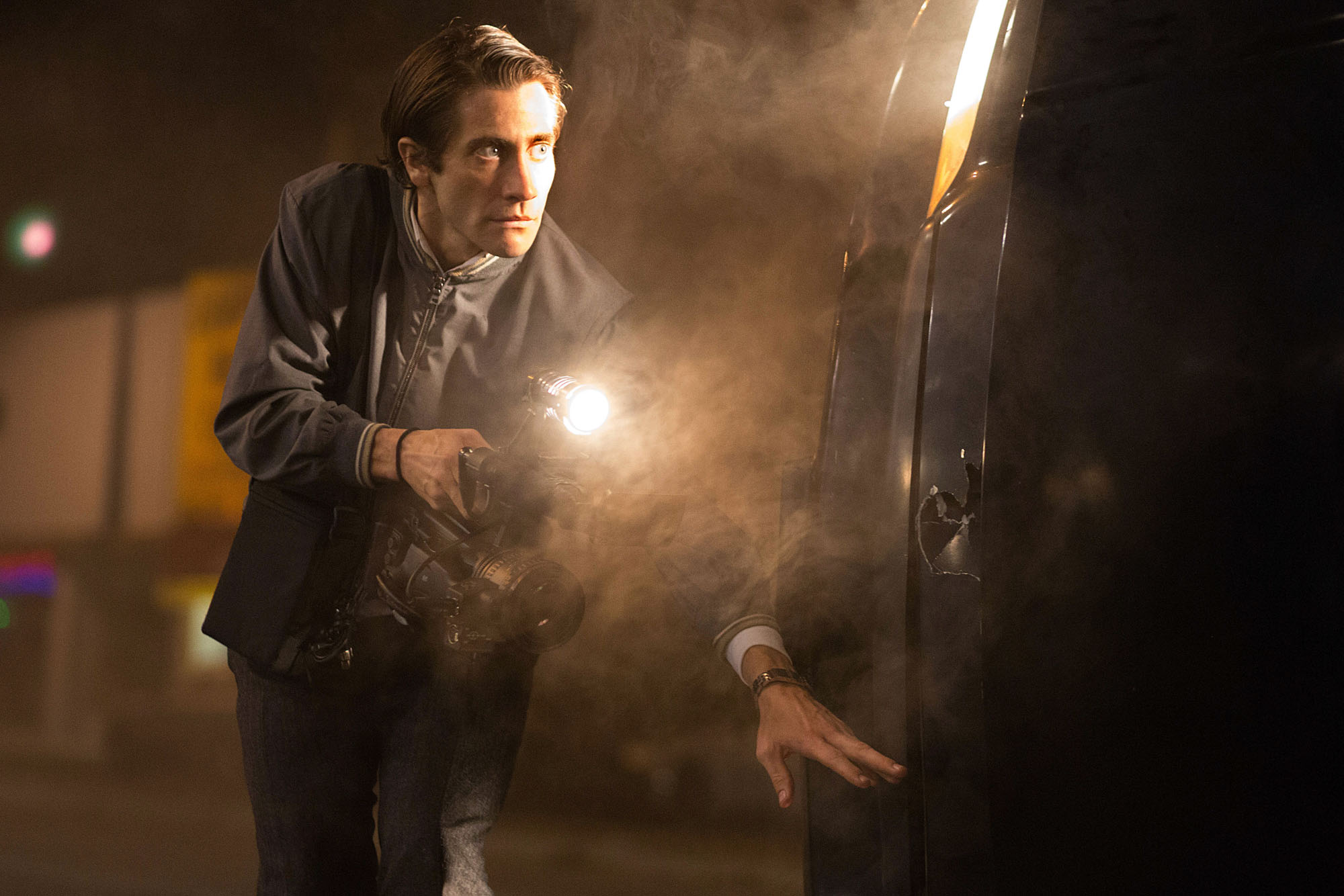 Are you Easy Prey for a Sociopath?

A sociopath is someone who lacks empathy and has no moral compunction in doing whatever is in their own interests. Estimates suggest one person in 25 exhibits sociopathic traits. Sociopaths feel no obligation to anyone else. Many sociopaths wreak havoc in a covert way. Their relationships are generally dysfunctional because they tend to protect and enhance their own self-esteem at the cost of cooperative relationships.

To see through the sociopath’s ruses, you first need to open your eyes. In The Emperor's New Clothes by Hans Christian Anderson, two weavers promise the emperor a new suit of clothes that is invisible to those who are stupid and unfit for their positions. When the emperor parades before his subjects, all the adults, not wishing to be seen in a negative light, pretend they can see the clothes. The only truthful person is a child who cries "But he isn't wearing any clothes!"

Awareness is the first step in limiting the negative effects of contact with a sociopath.

We are conditioned to keep quiet, which often means turning a blind eye to or putting up with abuse. The boy in the tale represents those who see the problem behaviour for what it is and find the courage to make a stand. Awareness is the first step in limiting the negative effects of contact with a sociopath.

There are three players involved in the sociopath’s cruel sport and they make up the Sociopath-Empath-Apath Triad (SEAT). The sociopath is the instigator and perpetrator of abuse. The empath is the person who is alert to the sociopath’s wrongdoings and becomes the target of abuse. The ‘apath’ (short for apathetic) is the person or persons who are blind or indifferent to the wrongdoing. We adopt these roles at certain times and situations. Most of us can develop and improve our empathic abilities, however sociopaths have zero empathy and by adulthood their traits are usually fixed.

Interactions of the Sociopath

To win their games, sociopaths enlist the help of apaths. The apaths are the townsfolk the tale who agree that the emperor is wearing new clothes. They represent the collective denial and double standards of social life.

Apaths unwittingly or wittingly contribute to the sociopath’s cruel sport. Sociopaths have an uncanny knack of knowing who will assist them. Apaths, who might otherwise be fair-minded people, become involved because they might be jealous of or angry at the target, and have something to gain from the situation. They might not want to see the 'bad' in another person, particularly if the sociopath is useful or a powerful influence. They might fail to perceive the threat or may deny its existence in order to avoid unpleasant circumstances, including the sociopath turning on them. They might fear going against authority or challenging the status quo.

In the 1960s Yale University professor Stanley Milgram conducted experiments to test the human propensity to obey orders. In the experiments 65% of participants administered a massive 450-volt shock to subjects when ordered, though many were very uncomfortable doing so. Milgram remarked; "Ordinary people, simply doing their jobs and without any particular hostility on their part, can become agents in a terrible destructive process".

The final player in the triad is often an empathic individual; someone who senses that something's not right and voices concern. In the tale, the empath is the boy who mentions the unmentionable: that the emperor isn’t wearing clothes. In mentioning the unmentionable, the individual becomes a threat and target of the sociopath.

The individual who expresses concern is often forced into the position of the lone fighter and brought down by the inaction of people around them. Sociopaths draw in apaths by flattery, bribery or by disorienting them with lies. This phase and staging of events is called the "sociopathic transaction” and sees some individuals tacitly agree to turn a blind eye.

The individual who expresses concern is often forced into the position of the lone fighter.

The set-up goes like this: the empath is forced to make a stand on seeing the sociopath say or do something underhand. The empath challenges the sociopath, who throws others off the scent and shifts the blame on to the empath. The empath becomes an object of abuse when the apath corroborates the sociopath's perspective.  The situation often ends badly for the empath and also sometimes for the apath, if their conscience returns to haunt them or they too become targets. But, frustratingly, the sociopath often goes scot free.

To illustrate here is a short story:

Steve and Robin were microbiologists, collaborating on an important vaccine trial. The principle researcher and head of department, Ben, hoped the trial would prove the catalyst for a glittering career.

With the first phase of the trial over, Ben drafted a research paper for submission to a scientific journal. He falsified key results in order to present the trial in the best light, and sent the paper to his colleagues for approval. First to respond was Steve, who used the opportunity to suck up to his boss and approved it even without properly reading it. However his colleague, Robin, noticed colossal errors and rattled off an email expressing concern.

Receiving no response, Robin went to talk to Ben in person. But by the time he found him Ben had already poisoned his colleague Steve’s mind, telling him that Robin had challenged him over the paper due to a longstanding grudge about being pulled up over his own work. Ben intimated that should Steve support him over this he would be on course for promotion "if we get this paper out and secure funding for the next-stage trials".

By the time Robin found the two of them, Steve had been won over by Ben's flattery. Ben knew the deal with Steve was done and was confident he would play along with the deception. So he boldly said to Robin "I got your email, but if you look at the paper thoroughly, you'll find that everything is correct". Robin was floored. "You can't be serious?". "I'm with Ben on this one, 100 per cent", responded Steve. Robin was aghast “So you're happy for the paper to go off with those serious errors, Steve? Our reputations will be in ruins".

Afterwards Robin asked for his name to be removed as a co-author of the paper, but was exasperated to learn it was sent off and published anyway. Meanwhile, the workplace became a source of stress as he struggled to cope with the backlash from colleagues who saw his intervention as an attempt to sabotage their work.

Eventually Robin arranged a meeting with Ben. But it was Ben who took control of the agenda. "Robin, I have to be honest with you. Your colleagues have made complaints. They don't trust you after you attempted to sabotage their work. We can't afford to have a saboteur on the team. So I've discussed this with the dean and he agrees there’s no future for you here. You've got to go".

The actions of his colleagues had a 'gaslighting' effect on Robin –he’s left in mental anguish and with his career in tatters.  Gaslighting is a systematic attempt by one person to erode another's reality. The syndrome gets its name from a play and film of the same name. In the aftermath, an individual who has been targeted may experience many responses - shock, disbelief, shame, anger, fear, isolation, sadness and an array of physical symptoms including anxious thoughts, panic attacks, fatigue, and flashbacks. They may experience self-doubt and fear doing the wrong thing and worsening their situation.

Anyone can become a casualty of the sociopath's gaslighting moves.

Anyone can become a casualty of the sociopath's gaslighting moves. Gaslighting does not happen all at once so, if you suspect that you are being gaslighted, you can protect yourself by walking away.

Exposing wrong doing when we see it is the prosocial thing to do. The way to minimise the harms of sociopathic abuse is for more people, more often to show empathic concern for other people.  Apathy on the part of bystanders leads to active or passive participation in everyday abuse.

If you recognise this has happened to you or someone you know there is information and advice about dealing with the after effects of sociopathic abuse in The Empathy Trap: Understanding Antisocial Personalities by Jane and Tim McGregor, which is published by Sheldon Press.