Wellcome Book Prize 2018: To Be a Machine
Find a therapist
Find a coach
Join as a practitioner
Log in/register 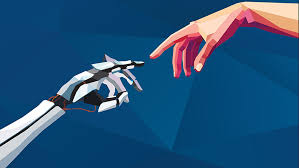 Wellcome Book Prize 2018: To Be a Machine

Have you ever pondered the idea of having your brain uploaded onto a computer for the sake of immortality? Or getting your head chopped off and cryogenically frozen until such time as death, disease and ageing are defeated? Don’t ponder too long because your brain begins to hurt. Yet, who wouldn’t be averse to outwitting the human condition?

These are some of the questions explored in this fascinating, appalling, disturbing, laugh-out-loud exploration of transhumanism, the belief that we can escape our pathetic, decaying bodies for cyber-immortality. In one of the first full-length explorations of this theory/religion/science, Mark O’Connell interviews the main players who believe that the human race can evolve beyond its current physical and mental limitations by means of science and technology. Advocates believe that in the near future we will be able to transcend our bodies, become something other and shed the bodies that trap us. Death is seen as the ultimate failure.

It’s a terrifying yet engrossing read, involving interviews with mainstream believers such asPeter Thiel, cofounder of Paypal and Facebook investor, as well as oddballs like Roen Horn, founder of the Eternal Life Fan Club, who is a virgin saving himself for sexbots. O’Connell encounters biohackers who implant electronic devices under their skin without anaesthetic to enhance their senses. He attends the Robotics Challenge organised by the US’s Defense Advanced Research Projects Agency (DARPA), where he notes that there is military subtext to creating invincible beings. He meets Zoltan Istvan, who ran for President of the United States to raise awareness for transhumanist politics issues.

Many of those he meets have come into contact with the frailty and fragility of their bodies through near death experiences. It is not rocket science to psychoanalyse why their lives are now driven to find ways to cheat death. O’Connell finds it hard to take any of it seriously. He makes the point that our bodies are what make us human after all. That the brain is much more than information. Not one person mentions consciousness or Freud. And no-one he interviews raises the most fundamental question: “Would it be me?” Only O’Connell asks: “Even if you allow that the upload is conscious, and the way in which that consciousness presents itself is indistinguishable from the way I present myself, does that make it me? If the upload believes itself to be me, is that enough?”

It is a strange experience to read To Be a Machine. At first, outwitting death seems an entirely reasonable proposition. But when I turned the last page I felt a renewed gratitude for my human-ness.