In 2002, I left Yorkshire to go and study at the University of the West of England in Bristol. Following my degree, I left the UK to spend six months in south east Asia and upon returning home, decided to qualify as an English teacher and return overseas. Between 2009 and 2013 I moved between Vietnam, Spain, India and Thailand.

In 2013, whilst working in Bangkok and amidst difficulties in my personal and professional life, I found myself seeking personal therapy. I embarked upon six months of person-centred counselling during which time I addressed recent and long-standing traumas. The effect upon me was astounding and gave me not only perspective but the belief that my career may lie in the caring industry.

Later that year, I moved to Madrid where I lived until June 2016. During that time, I read numerous books on therapeutic theory. I was particularly moved by Existential Psychotherapy by Irvin Yalom and On Becoming a Person by Carl Rogers, both of which made a great impression on me and gave voice to notions which, though perceived, I had not previously been able to articulate.

I returned to the UK and began my professional training in September 2016. Since then I have worked in a hospice providing end of life and bereavement counselling and in an organisation providing counselling for people aged 16-25 suffering from a wide range of issues.

I put the client's experience at the heart of the work and, while I believe there is much to be gained by discussing and exploring feelings, I also keep my work goal-oriented and focused.

£40 per session with concessionary rates available for counselling students and JSA. 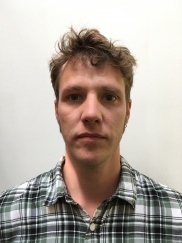 Notes
I work at various locations in South Manchester including Levenshulme, Chorlton, Reddish and Stockport.