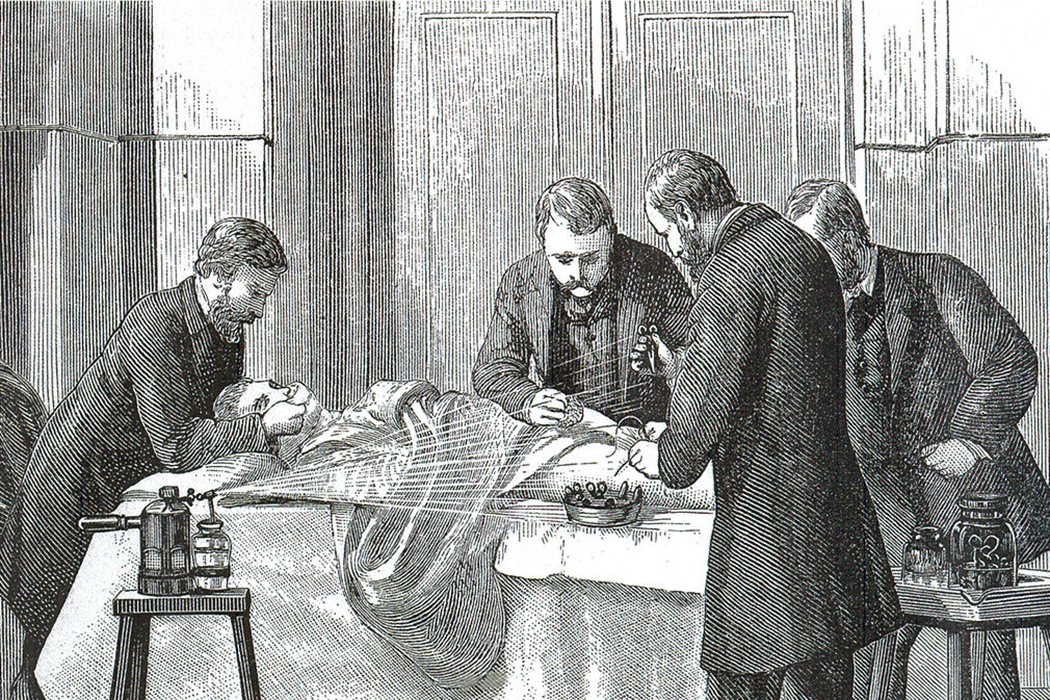 The Wellcome Book Prize celebrates “the many ways in which literature can illuminate the breadth and depth of our relationship with health, medicine and illness”, but it’s hard to use the word celebrate about this finalist. Gawp and groan are the words that spring more readily to mind to mind when considering Lindsey Fitzharris’s The Butchering Art: Joseph Lister’s Quest toTransform the Grisly World of Victorian Medicine.

It’s a gripping tale. Before Joseph Lister discovered the basics of antiseptics, being in hospital was a fast-track to the cemetery. The book starts in the 1840s, when surgery was performed without anaesthetic and crowds of doctors, students and voyeurs filled the ranked seating around the operating room. Surgeons were risk-taking craftsmen, like a plumber. No hospital had a salaried surgeon; they’d bring them in for amputations and other serious stuff, but it was quite a rarity.

Once the effect of ether was discovered, rates of surgery skyrocketed as people weren’t so frightened to let the saw-bones near them, but so did the deaths. And it was not just post-operation where sickness set in. A series of illnesses - including septicaemia and gangrene - took out so many people that it was said that patients died of “hospitalism”, and no-one could see how to reduce the carnage.

Joseph Lister started training as a doctor and surgeon in London when he was only 17. As he grew more experienced, he devoted more and more of his time to trying to solve the mystery of why so many people were dying. He settled on germs as the reason for infection, and carbolic as the means of stamping them out. All around were rivals with other methods and theories (but oddly no-one seemed to think washing hands and instruments might be a good start) and it was a real struggle for Lister to get his voice heard among the throng. But he did, and the future of medicine was changed for ever.

This is one of those non-fiction tales that takes a small story with a massive and long-lasting impact and makes it bristle with energy. And also glad that almost everything about medicine has changed since the scenes that are gleefully described in this book.

The Butchering Art by: Joseph Lister’s Quest to Transform the Grisly World of Victorian Medicine by  Lindsey Fitzharris (Allen Lane)