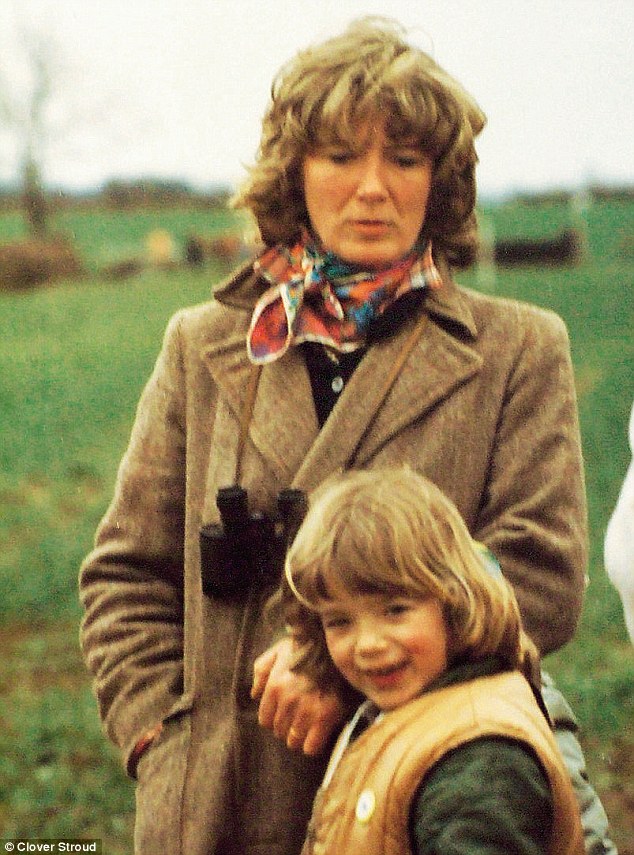 "Mum Was Alive But Beyond My Reach"

Clover Stroud's mother was left brain-damaged by a riding accident when Clover, the youngest of five, was 16. In her memoir, The Wild Other, Clover writes about how this tragic event – which left her mother in care for 22 years – has affected her life.

Mum was alive but always beyond reach. My longing for her and my desire to return to the space called home that she had created for me was infantalising; it made me feel like a baby, crying unheard by a mother who does not arrive, lying alone in a cot as it reaches for a mobile hanging above its head it can never touch. Sitting beside Mum in her nursing home, and holding her hand as I talked to her about Dolly’s second birthday, or Jimmy’s first day at school, made me feel violently cut off from the person she had been. Sometimes, friends would ask if there was some part of her that was still familiar, some essential, internal jewel of the mother and woman she had been. Mum’s nurses saw it, they said, but I think my siblings and I struggled with it.

‘I know you’re not supposed to say this, but Charlotte is our favourite,’ one of the nurses told me, echoing a sentiment many of them had said across the years, in the different homes she moved to. After the nursing home in Norfolk closed down, we moved her to a home in Oxfordshire. ‘She loves a joke and she will often squeeze my hand when I’m making her bed or changing her pad. She’s a real sweetheart.’ Somehow, in her damaged state, Mum reached out to those angels who looked after her. None of them had ever known the person she had been, but all of them saw something light and loving in her that had been there before.

From us, though, it was often hidden. Sometimes she completely blanked me, like I was invisible, as I sat down beside her. At other times, she’d pull at my shirt like she might rip it, or squeeze my hand so hard it would hurt, but she would never use that same strength to embrace me. She would never kiss me when I lowered my face down to kiss her, and she’d usually push away the cards Jimmy and Dolly had made for her, or the photographs I’d taken to show her, moaning and choking or just staring at me with her half-closed eyes. When friends asked me what she was like, it was hard and always painful to describe the different versions of the person I was meeting every time I walked into her nursing home. Apart from the loving connection she had with the nurses, everything about her had changed, and the thought of Mum making a new life for herself in her much-altered state still makes my heart ache.

Severely brain-damaged patients are sometimes referred to as ‘vegetables’ but this term absolutely did not apply to Mum. It was often clear she had some memory and strong awareness of what had happened, but since she was unable to communicate at all, even through the most basic sign language, it was impossible to get a real sense of what she was thinking or feeling. I don’t know if my mother recognised me as Clover, her youngest daughter, ever again after the day of the accident. I cannot tell whether she really knew who anyone was ever again. I have no idea if she liked me or loved me when she saw me, and it’s possible that the reason she looked away so often when she saw one of us was that we all represented too much sadness for her.

It was often easiest just to sit beside her without saying anything. I liked taking the children in when they were babies and then toddlers, as they brought so much pleasure to the other elderly people Mum shared her home with. But usually I left feeling completely devastated and defeated, having failed to connect with Mum, and I truly hated myself for that. But many times I also hated the woman who sat in the nursing home, choking and moaning, tapping her feet as she elaborately slurped a cup of tea, sucking her toothless mouth in a macabre imitation of my mother that she had taken away.

About ten years after the accident, I stopped believing that if I prayed hard enough Mum would get better, and started wanting her to die. Driving to her nursing home made me grip the steering wheel, my breath quickening and heart pounding. I wanted to be a murderer and make her life end. My mind boggled with slow-motion grief when I imagined another five, ten, twenty, thirty, even forty years of sitting beside Mum in a nursing home while living behind the smashed mirror of what had happened. She was only fifty-two when she was lost in the accident and longevity is a family trait. Her aunt, who was still driving her Shetland pony and cart the year of her death, died at one hundred and four, while my grandmother died at ninety-seven. Thinking of Mum sometimes made me clasp my fingers over my eyes like I was watching a horror movie, but when I did look out I saw the decades ahead taking her further and further away into her strange world, while seeping trauma oozed across all our lives, like spilled black ink ruining clean blotting paper.

It often felt like we were all frozen in time at that moment on 25 November 1991 when Mum had fallen off her horse. I saw myself and my sisters and brother pressed up against a thick pane of glass, unable to move but leaning with all our might into it, wanting to get beyond that moment. I knew it now: death would have been better. Her pain would have been over in an instant, instead of permanently paused, unending, thickening and growing more complex as one year passed on into yet another year.

She didn’t look like my mother any more but when I saw her, I felt so sorry for her: a woman in deep pain, terribly damaged, who had no pleasures in life. Her medical notes detailed one physical and emotional catastrophe after another. She couldn’t smile or laugh, except in a strange, choking imitation of the sound. The noises she made were like someone who is very distressed and reminded me of the way I felt, the sounds I wanted to make, when I thought of her or spent an afternoon with her. There were calls from her nurses every week with news of a urinary tract infection that was giving her anxiety, insomnia that had meant she’d had a fall in the night, an epileptic fit that had put her in hospital. When her GP called to explain calmly that she’d developed eczema all over her body, bloody and raw where it had become infected due to her incontinence, I put the phone down and screamed into the silence of the room around me.

My God, hasn’t she suffered enough?

The past life Mum had made for us was not just gone but smashed into pieces, ripped apart, broken and ruined. Mum’s accident didn’t happen and end, but went on, unceasing across decades. It crucified my heart.

As much as possible I tried not to show the children the scars inside me, although sometimes the blood welled up and I couldn’t hide it. Snatches of a certain song, the words from a childhood book she had read me, even the sudden flash of yellow kingcups in a ditch or a blanket of bluebells in woodland could make me cry. Then Jimmy would hug me, burying his head that always smelt of digestive biscuits into my neck, hugging me closer with his warm, pudgy hands. ‘It’s OK, Mum, to be sad, because of your mum. It’s OK.’ He was four years old and he understood it all.