​“I lied, I stole, I hit my wife”: an Alcoholic’s Recovery
Find a therapist
Find a coach
Join as a practitioner
Log in/register 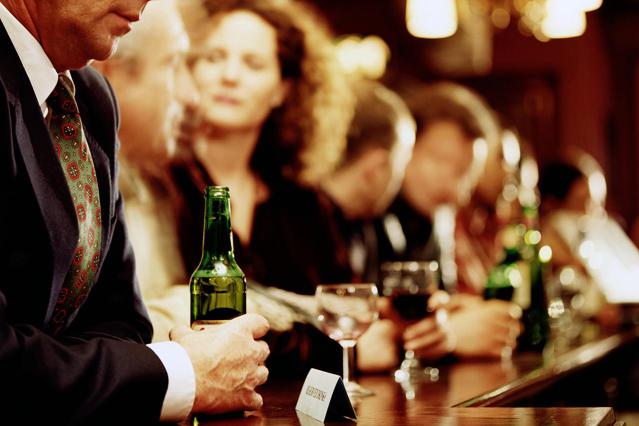 ​“I lied, I stole, I hit my wife”: an Alcoholic’s Recovery

There is a vulnerability about alcoholics. The public image may be violent and unpredictable, but inside they feel vulnerable and weak. They spend all their time hiding away, trying to act normal, constantly thinking about alcohol, and sometimes drugs too, lying to their friends and family. It never stops.

My own story is that my father was an alcoholic, which meant I grew up not being able to trust the emotions in my home, they’d change all the time. One minute he’d be generous and warm, the next filled with anger and aggression. The term walking on eggshells is used a lot by the children of alcoholics.

I hated the idea of alcohol because of my father. But as a teenager I also felt unhappy with myself. So I smoked pot then took other drugs. At 16 I started to drink too, and I never really stopped. There wasn’t a day that went by from then on that I wasn’t trying to change the way I felt by drinking. It got worse and worse, I was drinking more and more, taking more drugs, trying to have sex with everyone - I was like a sex-pest – spending money I didn’t have, stealing from work, lying.

I’d come home, really wasted after lots of alcohol and drugs, I wanted sex, she didn’t. I hit her.

Every now and then I would get remorseful and ashamed, and then I felt suicidal about my state. Eventually, when I was in my late 40s, one night I got into a terrible fight with my wife. I’d come home, really wasted after lots of alcohol and drugs, I wanted sex, she didn’t. I hit her. She called the police, and our teenage son stood between us and gave me such a shame-filled look.

So I went to an AA meeting in the centre of London one weekday lunchtime. It was a huge church hall and it was filled with people, just ordinary people. People listening, not responding, but afterwards they might go up to one another and talk some more, privately. Immediately I felt the changes, though of course it’s an ongoing thing, recovery. It’s not immediate, it’s not easy.

For the first five years I went to a meeting every day, without fail. Then I dropped off a little – which was a worry – but I still go regularly. I would say now, after 10 years’ sobriety, that 80 per cent of my friends are people who I’ve met through AA. I feel I can trust them completely, more than anyone else.

What have I learnt from being sober? Humility and responsibility and a million other things.

I’ve also answered the phone for AA, and so spoken to a variety of people, and it’s interesting how men and women differ. The man will lose his job, crash his car, sleep with loads of women, but will quite often joke about it. His shame is that as a man he has failed with alcohol; he can’t “hold his liquor”. With women, as they are the carers and nurturers in society, drinking alone, sleeping with strangers, messing up with their children will make them feel great shame, but they will have been very secretive about it.

What have I learnt from being sober? Humility and responsibility and a million other things. They say that about 3 per cent of alcoholics end up in AA. And there are millions of people in AA which – 80 years after it was set up in the US –  is all around the world. So there are a lot of alcoholics out there.

If you or someone you know has problems with alcohol, there are therapists and counsellors who specialise in addiction on our directory.