How Can We Make Sense of Terrorism?
Find a therapist
Find a coach
Join as a practitioner
Log in/register 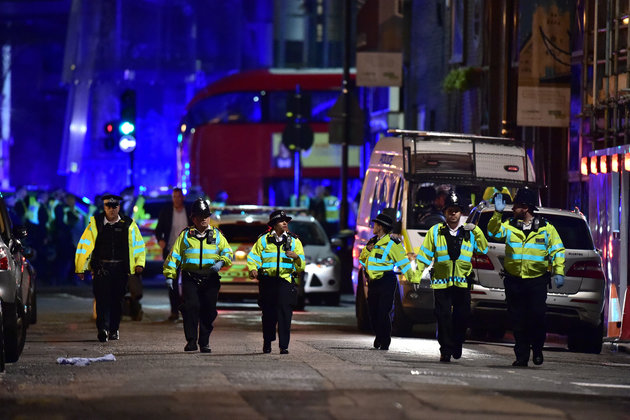 How Can We Make Sense of Terrorism?

With the spate of recent terrorist attacks in the UK on Westminster Bridge, the horrendous Manchester bombing and last weekend’s London Bridge killings and maiming of innocent people, the question many people have been asking is how can any human being murder others indiscriminately? In the case of the Manchester suicide bomber, how could a British-born young man of just 22, turn into a monster and detonate a bomb, targeting innocent young people with the intention of causing maximum fatalities and casualties? How could three men go on a murderous rampage in London on a Saturday night?

I’m no expert on the Muslim religion or terrorism, but I have studied the mind over the last 20 years and there are certain factors that determine how beliefs and values shape us as we grow up. This process happens initially with our parents, siblings, relatives and then teachers and other significant adults in our lives. Children learn at a phenomenal rate, taking in information and absorbing it like a sponge, particularly from our parents who model behaviour to their children in the early years. A mother will model to her daughter how a woman behaves and a father will model to his son how a man conducts himself, and in contrast a young girl will see how her father behaves to her mother and vice versa for a boy.

Put into simple context, if a family has religious beliefs, the children will accept these beliefs as ‘normal’ and it is only later, when they are older and make their own decisions as to whether or not they will continue to aspire to those religious ideals.

It’s very important to point out that children are not born prejudiced or racist whatsoever, and our natural state is one of loving, kindness, goodness, joy and happiness. These ‘anti-life’ beliefs are learned mindsets that youngsters copy from other people, thus perpetuating more prejudiced adults.

The teenage years are a time for great change. Not only is a young person trying to find his or her own identity while undergoing rigorous lessons and exams at school, they’re also battling hormones and body changes, and the innate desire to pull away from their parents and make their own decisions. It’s also a time when they can be greatly influenced by others as they start to make their way in the world.

It appears that in recruiting young Muslim men to join this army of terrorists, the underlying ideology is one of glamour and martyrdom. It’s easy enough for anyone to change their belief system; it’s merely a question of finding a new one more acceptable to their current views. With constant reinforcement and promises of glamour and heroism, it’s not difficult for disenchanted and impressionable young people to become radicalised with a new set of beliefs which dehumanises people.

This is nothing new either. It’s been a huge part of history the world over where certain people are deemed to be of a lesser value than others and huge populations have been exterminated in the belief that one religion was superior to another or the world needed ethnic cleansing of certain people. During the Crusades in medieval times, it’s estimated that 1.7 million people died in the name of Christianity, Hitler’s Nazi regime accounted for the deaths of anything up to 42 million people including soldiers and civilians, and closer to home, the Troubles in Northern Ireland saw around 3,600 people lose their lives in horrendous paramilitary and security forces activities.

There have obviously been many, many more atrocities, but the one common thread with any of these mass murders is that the people who were killed were viewed as worthless and thus dehumanised in the minds of the oppressors. When a person has such radical views towards his fellow human beings, which through repetition become a programme in the unconscious mind, there is no longer any reason. This is so far removed from who we really are, from our true nature of love and goodness, that in reality it can only be seen as insanity and has to be treated as such.