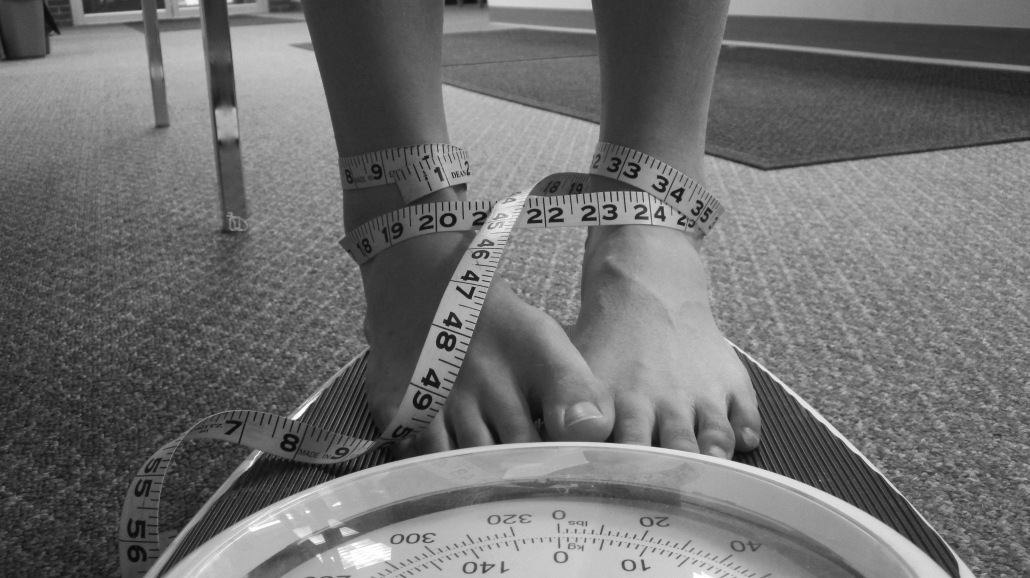 Increasingly it seems that almost every woman has some sort of disordered relationship with food and it's become quite rare for women I see in my therapy practice not to have issues with food and body image. It's so common in our society that it seems almost normal.

However diagnosed eating disorders such as anorexia and bulimia are far more serious than the day-to-day preoccupation with food and weight that many women experience. Sophie contacted me in her late twenties, having had an eating disorder for over ten years.

She had reached the point where she was desperate to feel normal around food but wasn't really sure what it meant or how to achieve it, her life was so totally dominated by strictly controlling her food intake and obsessively exercising. She was miserable. She often went without eating all day and then went to the gym after work and did two or three exercise classes. She would become exhausted and binge on carbohydrates and sugary food and then make herself sick before beginning the whole cycle again.

Sophie was ready to make changes in her life but at a loss as to where to begin. The causes of eating disorders are complex and each case is unique, in my experience the whole person needs to be treated, focusing only on the behavioural aspects may help in the short term but for long term change the underlying issues also need to be addressed.

On the surface Sophie's background appeared straightforward and conventional, she came from a stable family, did well at school and university and had a successful career. She believed her friends, family and colleagues saw her as happy and stable but she felt she was living a lie, as underneath she felt anything but happy.

She worried constantly about what others thought of her and worked hard for their approval. It was a revelation to her to start to look inside herself at her own responses, to ask herself whether or not she liked someone, or wanted to do something. She realised that all her life her focus had been on being good, she had learnt to repress any difficult feelings and never to risk doing anything that might not be considered 'nice'.

Growing up, being slim was seen as part of being a good girl, her parents often made approving comments about her “tiny appetite" and her brothers were always given larger portions at mealtimes. In her teens a school friend showed her how to make herself throw up after meals and soon it became a regular habit along with restricting food and over exercising.

Her eating disorder was an expression of her inner struggle to follow the rules and be good (by starving herself and over-exercising) and rebelling against these ridged rules (by binging and purging). By the time she came to see me this behaviour was so ingrained that she couldn't imagine life without it.

As well as exploring her history and looking at the roots and context of her eating disorder we made a plan to make changes to her habits around food. We looked at how weighing herself twice a day impacted her life.

She saw that not only her mood but her relationships and the decisions she made were being dictated by the numbers on the scale. She experimented with weighing herself less and seeing how she felt, it was frightening for her at first as she feared she would lose control of her weight, but over time she found that her mood was more stable and she felt better not weighing herself. Within weeks she decided to get rid of her scales completely and has not weighed herself for over a year now.

We also looked at how she ate, her habit was to pick at food while standing at the counter in her kitchen. She began experimenting with planning a meal in advance, it could be any food and any portion size she liked but she had to put it on a plate and sit down to eat it. She struggled with this at first but was very committed to changing and so persevered, gradually she began to enjoy the process of planning and eating her meals.

Harder still was learning to tolerate the feeling of fullness, for so long she had always made herself sick if she felt full, over time she managed to do it less and less and after six months she had completely stopped purging. Making these changes was far from easy and a key part of the process was learning how to support herself rather than beating herself up.

Nearly two years on Sophie is far happier in her relationship with food and her body, she feels that on the whole she does eat normally, she usually eats three meals a day and her weight has stabilised. She still has issues with her body but she tries to be kinder to herself and has learnt to listen to her own instincts more and to tune in to what her body needs.

Recovering from an eating disorder is not easy, but if someone has reached the point where they are really ready to commit to change, it is possible.

How to address emotional comfort eating