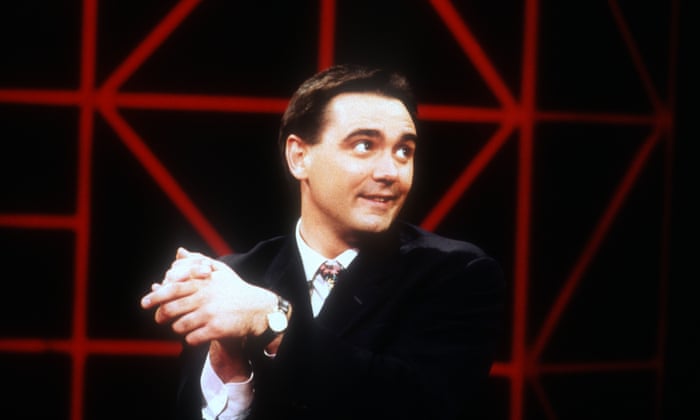 Tony Slattery and the Lasting Impact of Childhood Trauma

Tony Slattery is a comedy legend. One of the members of Cambridge Footlights, along with Emma Thompson, Hugh Laurie, and Stephen Fry, he rose to mainstream fame as an energetic, quick-witted favourite on Whose Line Is It Anyway? in the late 80s and early 90s. At what may have appeared from the outside as the height of his fame, he withdrew from society, largely not to be seen for decades.

Now, however, he is touring again, with a series of shows that see him in conversation about his mental health. True to his improv roots, the shows are unscripted, though they touch frequently on a long-hidden secret.

In the lead up to his new shows, Tony agreed to let a film crew follow him as he tries to finally get a conclusive mental health assessment. Long suspecting some form of bipolar disorder to explain his shifts in mood (which Tony spoke about to The Guardian in April 2019), Tony is still seeking an official diagnosis that might enable him to access different forms of treatment. By allowing BBC's Horizon to follow him on this highly intimate journey he hopes that his doing so 'might help someone else'.

The difficulty of diagnosing bipolar disorder

It is difficult to receive an official mental health diagnosis, unless your symptoms are particularly severe and clear. As is probably the case for many individuals searching for a diagnosis, Tony hopes that by finally naming his difficulties, he will find personal relief, understanding, and will also – importantly – have access to different treatments routes.

Bipolar is characterised by shifting moods between periods of mania and periods of depression; the more severe the disorder, the more pronounced these shifts will be. Bipolar disorder is notoriously difficult to diagnose and is often misdiagnosed, explains Professor Guy Goodwin, a leading expert in bipolar, because people don't see being high (mania) as a problem. Often individuals will complain of deep depression, and the disorder will be wrongly diagnosed as just that.

The complexity of mental health issues

What's the Matter with Tony Slattery? conveys well the terribly complicated nature of mental health issues. Is Slattery genetically disposed to bipolar disorder, alcoholism or depression? Or did his substance abuse and other lifestyle choices create his mental health problems? Or, is everything the result of the childhood trauma he experienced at the age of eight? How do all these factors interplay? And, how are we ever meant to be able to untangle them to the point of feeling better?

By his own estimations of what has bought him to his present situation, 'overwork came first'. Slattery describes a 'predisposition to mood swings', the 'pressure of entertaining' and 'too much booze and drugs followed by total 'exhaustion and withdrawal'. He has been taking anti-depressants for 15 years. He speaks of being curious about 'what life might be like without them' but his doctor urges him to view this medication much like a diabetic should view taking their insulin.

Previously addicted to cocaine, Slattery now suffers predominantly with alcohol dependency. In conversation with addiction psychiatrist Julia Sinclair, Tony estimates it has been years since he went a day without drinking. He tried to quit cold turkey once, and the withdrawal was so severe he collapsed and suffered some potential brain damage. He has been too scared since, understandably, to try again. And today he feels 'like a slave' to cravings 'both psychological and physical'. Sinclair is motivational, but knows it will be a long road and that taking action is key. Encouraging him to try a day here and there without alcohol, she explains, 'We change what we think by doing things; we can't change what we do by thinking things.'

While the programme concludes that Slattery is likely on the bipolar spectrum (he is not diagnosable as having Type 1 bipolar, which is the most extreme end), his doctors conclude that the main issue that needs to be untangled before anything else is his dependence on drink, which 'hangs over everything else'. It is thought that reducing his drink intake will have the most significant positive impact on his mental health at this stage.

The lasting impact of childhood abuse

Towards the end of the programme, we see Tony in conversation with Ciaran Mulholland, a leading expert in the impact of childhood abuse and trauma. Tony reveals, visibly angry and struggling to speak expansively, that he was repeatedly raped by a priest at the age of eight, and he never told his parents. In fact, it doesn't appear he has ever previously spoken about this trauma so frankly.

What he does refer to frequently throughout the programme is a fear of being 'self-indulgent', 'self-regarding', and the idea that 'by his age, things should surely be written off as baggage'; he is 'not sure' about 'blaming everything on what happened when he was eight'. He is much harder on himself than on the perpetrator of the abuse. Mulholland explains gently that guilt is something that sufferers of childhood abuse often carry with them throughout their lives, especially if their experience hasn't been worked through. Slattery looks surprised; he says no one has ever put it like that to him before.

People often wonder why victims of childhood abuse stay silent for so long. Therapist Karen Pollock explains some of the common characteristics of sexual abuse: "There is a process of transference, where the guilt, blame and shame the abuser should carry are transferred onto their victim. Add onto that a fear that their entire world will explode if they tell anyone and even if they know abuse is taking place, disclosure feels impossible." Therapist Sue Cowan-Jenssen agrees: "I have never met a childhood survivor of sexual abuse who did not in some way feel they were to blame. Taking the blame for something bad that has happened is a way of controlling helplessness because if it is 'my fault', then I can stop it happening again. Depression, anxiety, self-harm, eating disorders and substance abuse are all more likely if there has been sexual abuse in childhood."

The long-term impact of childhood difficulties, ranging from neglect to bullying, to difficulty with parents to sexual or physical abuse, has been recognised in the last 30 years or so. In the 1990s, Dr Vincent Filetti became interested in why patients at his obesity clinic consistently put the weight back on that they had lost. He started asking his patients more thorough questions and was amazed to discover that 55% of his patients had experienced childhood sexual abuse. Elsewhere in the US, Dr Robert Anda was looking at the psychological underpinnings to physical conditions like heart disease, and behaviours such as smoking and substance misuse. He also found frequent instances of childhood trauma in his patients.

They came together and created the Adverse Childhood Experience (ACEs) study. They screened over 17,000 people, asking them questions about their physical health and their childhood experiences. The study revealed that a person who had experienced three out of 10 of the childhood difficulties was twice as likely to develop heart disease. A person with a score of four out of 10 is three times as likely to be depressed. An ACE score of six out of 10 resulted in a life expectancy 20 years lower than the average.

Finally, the documentary is a portrait of love. Tony's partner of 32 years, Mark Hutchinson, seemingly offers unshakeable support and love. He has known 'the cocaine Tony, the drink Tony, the angry Tony' and yet he also, clearly, still knows the affectionate, articulate, bright and gentle Tony who is still so clearly evident to anyone watching the programme.

We leave Tony and Mark in a slightly different and more hopeful situation than before. Tony has cut down his drinking and has offered himself the compassion to believe that whilst some things were in his control and were 'his fault', other things were not.

The causes of addiction: from a counsellor and recovering addict