Eco-Grief: Why Climate Change Anxiety is Keeping Us Awake at Night
Find a therapist
Find a coach
Join as a practitioner
Log in/register 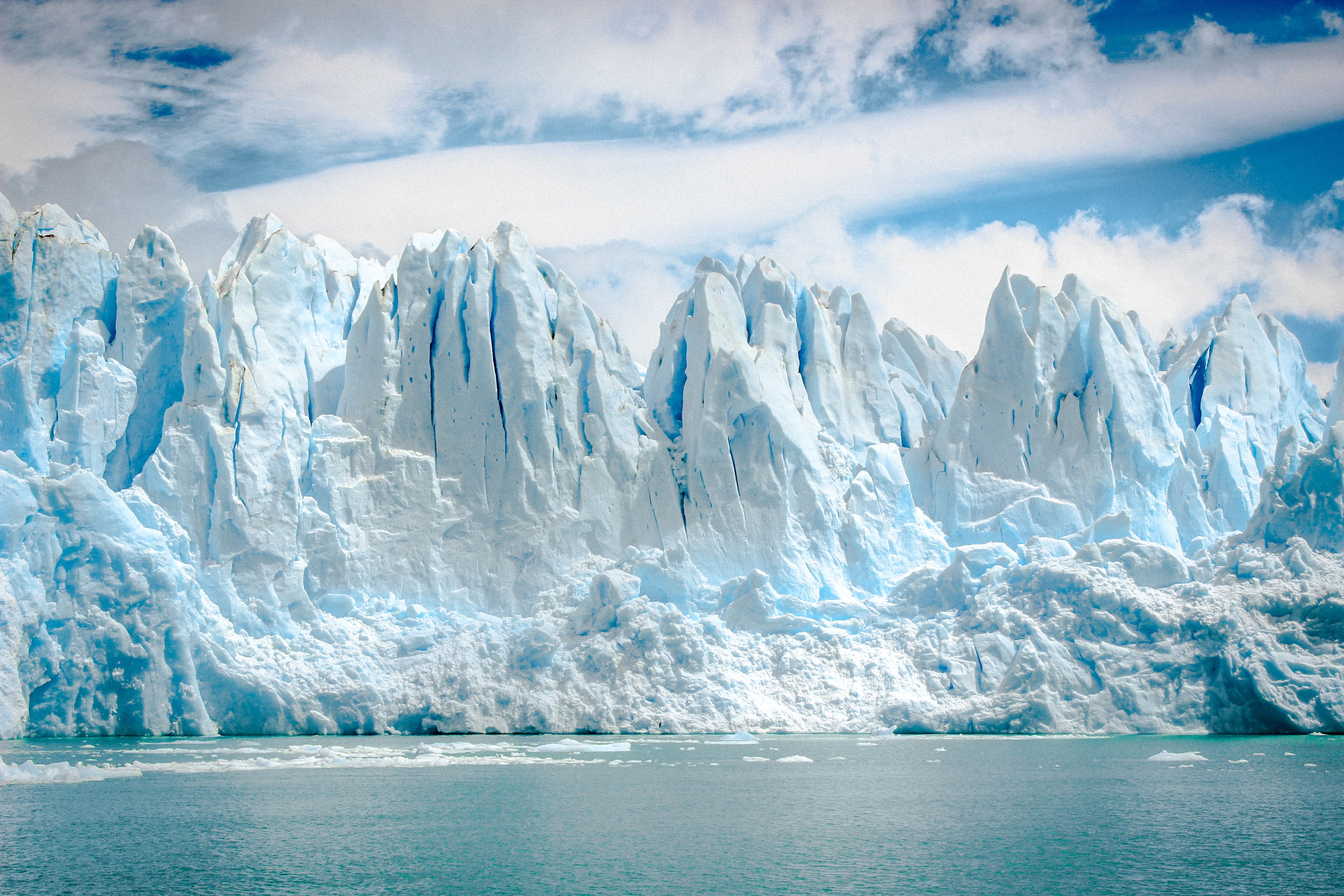 Eco-Grief: Why Climate Change Anxiety is Keeping Us Awake at Night

Spotting the first swallow of the year a month ahead of time makes me nervous. An early asparagus season leaves a nasty taste in my mouth. Heat waves during the winter terrify me while others reach for their flip-flops. There’s a tightness in my chest and tension in my jaw, and the enormity of the climate emergency can feel overwhelming. I channel my unease into positive, constructive actions rather than dwell on my helplessness, but often wonder how best to approach this.

The 2018 report of the Lancet Countdown on health and climate change states that ‘climate change aggravates risks to mental health and wellbeing’. A mental health response to the climate crisis is “only natural” but we are just at the beginning of recognising its impacts, according to US-based psychotherapist Leslie Davenport, a pioneer in the field of climate psychology and author of Emotional Resiliency in the Era of Climate Change. “I predict that anxiety, grief and depression are going to have a rapid and sharp increase in the coming months and years, mirroring the scientific predictions of the more severe changes we will experience with global warming,” warns Davenport. “But because eco-grief sits within the category of disenfranchised grief, those who express it can be shunned as being fringe extremists, too sensitive or weak.”

When you hear what is happening in the world, especially climate change, how does it affect you?

Five years ago, Davenport noticed a significant increase in ambient anxiety in her clients that couldn’t be attributed to a particular set of life stressors. She added an intake question ‘when you hear what is happening in the world, especially climate change, how does it affect you?’ and soon noticed that much of that distress was connected to media coverage of climate change or relatives being affected directly by extreme weather events, for example. “It's important to normalise this terror, as we learn what climate scientists are discovering,” says Davenport who identifies pre-traumatic stress syndrome associated with the fear of imminent ecological collapse.

She talks of expanding the ‘window of tolerance’ through creativity, connection and empathy to build resiliency. “We need a fundamental shift not only in what we think and do, but how we perceive and experience ourselves and the world. The earth is sick and has a fever. That’s daunting but equally we are at such a pivotal point in human history,” says Davenport who explains that ecopsychology, a term first coined by Theodore Roszak in his 1992 book, The Voice of the Earth, emphasises the benefits of connecting with nature, recognising emotional bonds with the environment, and mental health benefits of spending time in blue and green spaces.

Welldoing.org psychotherapist and author of The Phone Addiction Workbook, Hilda Burke agrees that time in nature is crucial. “While people might be rightfully anxious about climate change, many of us aren’t accessing the benefits of the environment around us. Spending time in nature can be healing,” says Burke who has signed up to study ecopsychology at the Holos Institute in San Francisco next year. “Climate anxiety is often bound up with other issues about the future and there’s a collective consciousness about the environment; it’s regularly making front page headlines, yet people lead increasingly online, digital lives, so they become disconnected.”

Denial or disavowal is a classic defence strategy, according to Professor Paul Hoggett, co-founder of the Climate Psychology Alliance (CPA) and editor of a new book highlighting research around human responses to climate change titled Climate Psychology: On Indifference to Disaster. “There has been a noticeable change over the past 12 months in the rise in climate anxiety and eco-grief,” says Hoggett. “When the knowledge of climate change is split off from any feeling, it doesn’t disturb. When that defence breaks down, you might feel catastrophic anxiety and panic. But can you manage the panic or does it overwhelm you?”

Last year, Hoggett and psychotherapist Ro Randall compared how activists and scientists managed their emotions in relation to climate change. “We saw these people as canaries in the mine. These two groups took very different approaches to managing their feelings of anger, grief, rage and despair. Activists sought out emotional support while taking quite risky action, while climate scientists stayed hyper-rational, they suppressed emotions and were essentially fragmented in silos, so their scientific culture became a socially-organised defence system against anxiety. That had a number of repercussions. Some climate scientists burnt out and left the profession. Some who dealt with the public and press were attacked for causing controversy so they became cautious, perhaps underestimating the dangers of climate change.”

Whilst editing his new book, Hoggett found two aspects particularly thought-provoking. “I was struck by the importance of deep listening, a basic tool in psychotherapy. People find talking about climate change difficult, just as they might with race, because it comes loaded with all sorts of feelings. Being able to open up conversations without the other person feeling defensive is a really important skill.” Secondly, he noticed the importance of the imaginal. “Because climate change is such an all-encompassing and yet intangible phenomenon, words don’t quite capture it, so imagery can enable people to convey things about climate change where words fail them.”

At the recent Extinction Rebellion protests on London’s Waterloo Bridge, artist, poet and facilitator Toni Spencer created ‘The Pause’, a space for her fellow activists to fall silent and allow their bodies to catch up with their minds. This was inspired by Bayo Akomolafe, the founder of The Emergence Network who states ‘the times are urgent, let us slow down.’ “Creativity made an experiential bridge between direct action and the worlds of meditation, ritual, improvisation and deep inquiry,” says Spencer. “That’s where art plays a really important role, it hangs out in the margins of different belief systems and practices.”

Spencer works closely with ‘deep adaptation’, an idea conceived by Jem Bendell, professor of sustainability leadership at the University of Cumbria. Bendell believes that “climate-induced collapse is inevitable and we need to find ways to explore how we are going to cope with that. It’s a tough subject.” His framework hinges on the four R’s (resilience, relinquishment, restoration, reconciliation) and prompts us to ask very different questions about the future, allowing us to let go of what we don’t need, restore what helps life thrive, and become more resilient while preparing for radical change.

On first reading Bendell’s paper on deep adaptation, Spencer felt liberated: “He’s created a new map [to navigate climate tragedy] and deep adaptation is the extreme opposite of denial - it’s a new orientation towards life in the face of ecological catastrophe.” Spencer embraces the fact that we can’t know how to do this – there’s no quick fix to climate collapse. “Most of this we can’t fix, and that’s what deep adaptation is all about – it’s devastating, but we must welcome every response we have, otherwise we’d fall back into denial.” She emphasises once again the importance of slowing right down. “Think of yin and yang - that involves resting back and coming forward. We are preparing for bold measures here, so we need to balance radical change with getting our own house in order.”

What are the symptoms of eco-grief?

Individuals tend towards fight, flight or freeze in response to stress. Associated emotions can include anxiety and judgement, shock and anger, sadness and shame, grief and numbness, even motivation or scepticism. Distress might appear as insomnia and restlessness, agitation, stomach aches, disordered eating habits, difficulty concentrating or impulsivity, social isolation or panic attacks. Don’t assume eco-grief looks like one thing.

Top tips to deal with eco-grief

As Bendell wisely advises, “combine mitigation, adaptation and joy – seek to integrate all three into what we do next.”

The psychology of grief

The psychology of uncertainty

The psychology of turning a blind eye