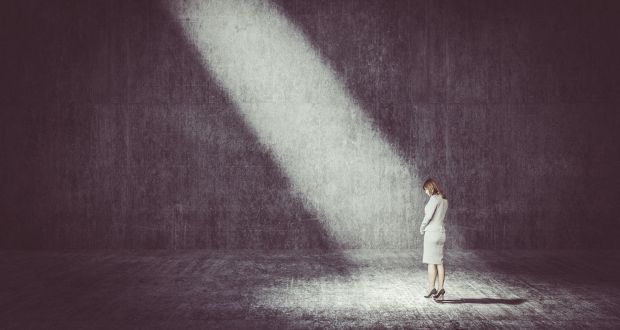 Why We Feel Shame and How to Let it Go

If I asked you to tell me about a time that you felt shame, you might respond either that you can’t think of such a time, or express that you don’t want to talk about it. Shame is a difficult emotion to identify in the first place and secondly to admit to, which makes it particularly toxic.

While embarrassment, guilt and shame are all related, they are different. Guilt is attached to a situation. Where guilt is a painful feeling resulting from feeling responsible for one’s behaviour, shame is a painful feeling about who we are. Guilt tells us: ‘I did a bad thing’; shame tells us: ‘I am bad’. With feelings of shame, the individual calls in to question their whole self, not just their behaviour.

Embarrassment can be considered low-level shame. It is a response to a specific situation and can pass relatively quickly. We can be soothed and comforted if we feel embarrassed and an episode of embarrassment won’t necessarily strongly dissuade us from trying something again if we have enough emotional resilience and support. Embarrassment and guilt could both be considered functional and adaptive; they inform us how to interact with our peers, and when we need to apologise and make amends. Shame however can be paralysing, prompting us to withdraw and hide. Unlike when we experience embarrassment, it is difficult for others to help us through feelings of shame. Shame tells us we don’t deserve positive regard from others.

Whilst talking about guilt may absolve us of some painful feelings and help us reach a resolution, individuals typically struggle to talk about shame as there is no distinction made between the action/situation and the self. If you struggle with shame, you are likely prone to self-blame disproportionately. If you cut yourself for example, your reaction may not be the proactive ‘ah, better get a plaster’; you might instead react strongly and self-critically: ‘why do I always do this? I’m so stupid!’

Shame, like very many things, can begin in childhood. Whilst this can be driven by a child’s temperament – certain personality traits such as self-awareness make an individual more shame-prone – the issue is largely rooted in our experiences with our parents or primary caregivers. Psychologist Bernard Golden gives the example of a child who spills a drink. One parent might respond: ‘Oh, that was an accident, let’s try to be more careful next time’. Another might react: ‘You’re so careless! Can’t you pay more attention?’ The latter is a shaming response, one which calls into focus the child’s whole being, not just their behaviour. A child who wets the bed might either be comforted, or responded to with disgust, impatience or exasperation. Consequently this child may grow up to be self-compassionate around making mistakes, or extremely self-critical.

In the case of neglectful or preoccupied parenting, children may develop a shame response to expressing their emotions. When a child who feels sad is called over-sensitive or silly, or made to feel like an inconvenience, they may learn that expressing their emotions makes them a ‘difficult’ person – one who is less worthy of love and who is not wanted. A child who has learned this in their formative early years might struggle in later life with feelings of sadness, for instance, and might associate feeling hurt or upset with feeling weak or foolish. They may struggle to reach out to people, feeling ashamed of themselves and either internalising or externalising their shame-response.

We all, children and adults, employ other emotional responses to help us deal with shame. We don’t want to feel shame, and we call on anger, for example, to protect us from feeling it. When we do this we are engaging in an act of emotional substitution; it may help us regain some sense of control and shield us from feeling inferior in the short-term, but it is unlikely to help us in the long-term. As shame tells us we are not good enough, that we do not deserve, we might find that we have strong emotional reactions to situations or persons that present us with love, intimacy, care, or affection. Shame presents a barrier, not allowing us to accept these things in our lives and we might react in anger, withdrawal, or dissociation.

Our desire to protect ourselves from shame is one of the reasons shame-prone individuals are at risk of developing addictions and eating disorders, according to addiction specialist Shahram Heshmat. Substance abuse can provide an escape from painful feelings, and disordered eating such that characterises anorexia nervosa can shift focus to feelings of physical hunger or discomfort, which numbs the afflicted individual from having to feel other emotions.

Shame is also considered intrinsically linked to low self-esteem, low self-worth, and – conversely – narcissism. As explained by psychoanalyst Maria Lamia, narcissists may present a sense of inflated self-esteem, but the opposite is often true and these individuals in reality struggle with low self-esteem and a fear that their flaws will be discovered by others. Perpetually scared of being negatively perceived, a narcissist might seek to protect themselves from feeling shame by denigrating others. In belittling others, a narcissist may gain confidence, as in the eyes of the narcissist the belittled other becomes the one who is shameful, and the narcissist is protected from facing their own feelings of shame.

Even in individuals who would not qualify as narcissistic, it is not uncommon for us to project our shame on to other people. Those that bully and abuse others often do so in a bid to distance themselves from their own painful emotions, and shame is very much a part of this pattern. A person who is terrified of being judged, who is scared to be seen as he/she perceives his/herself, might bully, control, degrade or abuse his/her partner so that the latter becomes weak and therefore his/her own position in the dynamic is bolstered. The majority of the time, this kind of abuse ultimately results in the partner taking on the majority of shameful feeling. Even being witness to damaging shame-related behaviours in another person, a partner with a substance abuse problem for example, can result in the vicarious internalisation of shame. Taking on the shame of another person can make you physically, mentally, and emotionally unwell. Problematically, society in some ways perpetuates the idea that victims of abuse and more general misfortune should feel shame. Many privately hold, and some voice, uncompassionate and judgemental beliefs about others: perhaps someone wouldn’t have become the victim of emotional, physical or sexual abuse, or have been conned, for example, if they were more emotionally or physically resilient, if they ‘had just left the relationship’, or if they had behaved a different way.

Shame can become such a deep-rooted element of our experience that it informs our sense of self and identity, and we may not even be aware of it. We are very good at convincing ourselves our own story is the true one. We all engage to some degree in a continuous dialogue with our inner voice. For some of us, this is less a voice and more a critic. Shame resides here, engraved into a script that becomes more easily accessible the more frequently we experience feelings or situations that reinforce our perceptions. Unfortunately, as we tend to trust our own script, we are primed to interpret situations in such a way that provides us with more evidence that we are right. Our inner critic develops as a means of keeping ourselves in line; as mentioned before, we don’t want to feel shame, and our inner voice tries its best to ensure we don’t feel that way again. The problem being that then we are stuck, a paralysed, undeveloped character in our own faulty story of who we are.

What can we do about feelings of shame?