Bradley Wiggins: Grooming, Abuse, and How Trauma is Stored in the Body
Find a therapist
Find a coach
Join as a practitioner
Log in/register 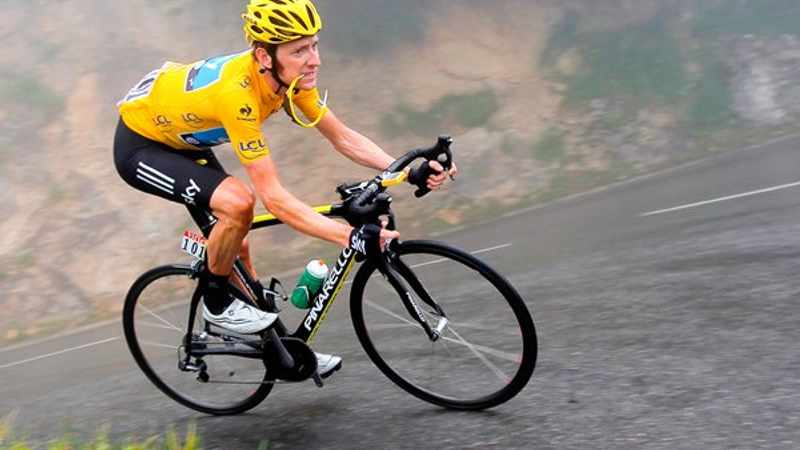 Bradley Wiggins: Grooming, Abuse, and How Trauma is Stored in the Body

Bradley Wiggins, Olympic Champion and the first British Cyclist to win the Tour De France, has disclosed in an interview with Men’s Health, that he was "groomed sexually" by a coach when he was 13. He had no one in his life he could talk to about it, so he “buried it” and escaping the trauma became part of what drove him to achieve so much in cycling. Part of what he was “running away from.” Wiggins doesn’t say much more about it,  but does tell us the experience “impacted” him as an adult.

This was a very brave admission to make, in any forum, especially one so public and Bradley is to be applauded for using his status to publicise this appalling practice and the impact it has on young people, as it may help others who have been affected to come forward.

I have never met Bradley Wiggins and don’t have his consent to discuss his history and mental health, so will be using what he tells us in the interview to speak more generally about the issues.

Grooming refers to the actions an abuser (in this context, a paedophile, though there are abusers who groom and abuse adults) takes to prepare a child or young person, to be abused. These actions include gaining the young person’s trust and attempting to normalise sexual activity between adults and children. It can also include isolating the young person, increasing their vulnerability and dependence on the abuser. It can lead to sexual abuse, rape and sexual assault. It is often young people who are already vulnerable and isolated who attract the attention of abusers.

Recent years have uncovered grooming scandal after grooming scandal across the whole range of society, including the Catholic Church, the entertainment world, football and gymnastics. In all of these cases, abusers used their positions of trust as priests, coaches, celebrities, to gain access to young people and influence / control them so they could be abused. This influence is then used to prevent the young person from reporting what happened and to ensure the abuse can continue. Many abusers are able to influence the systems they operate in (or those systems are vulnerable to manipulation), to avoid being held to account for their actions (see the recent Netflix documentary about how Jimmy Saville got away with abusing thousands of people over decades and the Catholic Church’s habit of moving paedophile priests to other parishes, rather than reporting them to the police.)

It is this abuse of power and trust at the individual and systemic levels which make grooming and sexual abuse within institutions so devastating: In the interview, Bradley Wiggins tells us he wanted to be a cyclist because his father, who walked out on his mother when Wiggins was two, was a cyclist and it was a way of impressing him: Many young people find themselves similarly trapped: desperately wanting to succeed in a sport, needing the coach’s approval but the coach demands they submit to and keep quiet about, sexual abuse, or they’ll be off the team. Wiggins felt he had no-one to turn to as his step-father treated him badly, using homophobic slurs against him for wearing lycra.

I have found from my work with adult survivors of childhood sexual abuse, that it is often this feeling of being trapped in an abusive situation that does the most damage: the human brain’s number one priority is to keep us safe: when it detects actual or potential danger, it triggers the Fight or Flight mechanism, telling the body to either fight the danger, or run away from it. But if your sporting career depends on your coach, you can’t fight or run away, so the brain selects the Freeze or Submit response instead.

In Freeze, the same stress hormones sent into the body to trigger Fight or Flight are still sent out but unlike when you with fight or run, they are not burnt off or used up, staying in your system to cause the physical pain and tension of trauma at the time and every time something happens to remind your brain’s alarm system of the original event and it releases the hormones again (when you’re 'triggered'). Imagine the energy of a fight or race pumping round inside you but you are frozen, unable to move. (the brain 'freezes' the body to keep it still and hope the danger will pass it by.)

In the Submit mode, the brain instructs the body to just go along with whatever the attacker wants to do to them, to avoid further violence. This is the option used when all other options have been tried and failed.

Wiggins doesn’t elaborate in this interview about how the grooming “impacted” him as an adult, but he has spoken elsewhere of his struggles with depression and alcohol abuse, both of which are sadly common long-term consequences of childhood sexual abuse, due in part to the shame and negative self-thoughts and image survivors are left with.

Wiggins’ father was later murdered and at the age of fourteen, Bradley witnessed the murder of  school headteacher, Phillip Lawrence. He has lived a life of tragedy and trauma, but there is defiance and hope too in this story – he describes cycling as an escape (“I was never happier than when I was on my bike”) and that this adversity drove him on to become the champion we know him as (I will certainly never forget the three weeks in 2012 when he won the Tour for the first time and the Olympic Time Trial gold medal).

The abuse he suffered and how he used his troubles to drive him on to such heights, explain, he says, the “love/hate” relationship he has had with cycling over the years.

I am glad to read that Bradley Wiggins now feels he is falling in love with the sport again and finding peace in his life. I also hope that other survivors of grooming and childhood sexual abuse, or maybe even young people who are being groomed and abused right now, might find hope and encouragement in Bradley Wiggins’ story, that they might find someone they can tell and ask for help. And that the adults around them in clubs and churches will listen and believe them and won’t turn a blind eye if they see something that doesn’t look right. That we really do learn the lessons we say we are learning.

The hope also comes from what this story shows us of how sport can aid recovery from trauma and as a therapist and PT who uses fitness to help people with their mental health and cycles every day, I must leave the final words to Bradley Wiggins’ friend, Phil Griffiths:  "No therapist has ever been able to do for me what a bike does."

And Wiggins himself: "The bike is a great anti-depressant."

Andrew Keefe is a verified welldoing.org psychotherapist in London and online. He also offers personal training and Therapeutic Fitness sessions.

Tony Slattery and the lasting impact of childhood trauma