Face It: An Interview with James Partridge
Find a therapist
Find a coach
Join as a practitioner
Log in/register 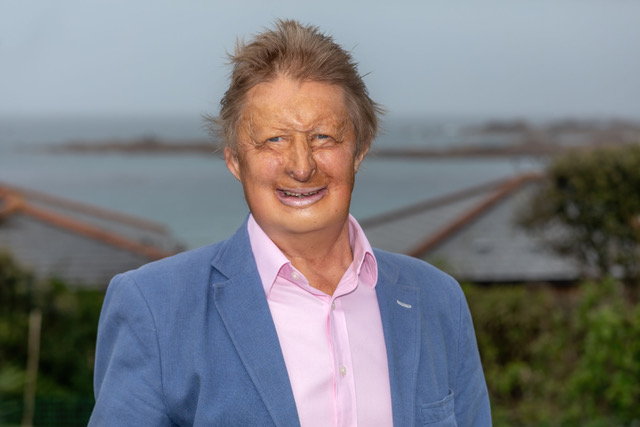 Face It: An Interview with James Partridge

Many adjectives come to mind on meeting James Partridge. Engaging, interested, intellectually savvy, attractive, amusing and, not least because of what he’s achieved, inspirational. But as his newly-published book Face It: Facial Disfigurement and My Fight for Facial Equality shows, 50 years ago life took a turn that he couldn’t have anticipated when a car accident at age 18 left him with 40% burns, including severe ones to his face. Going to university a year later to read politics, philosophy and economics, after initial surgeries (more were to come) but still having to adjust to profound and life-changing physical scarring, was just the beginning of a process that eventually led to founding the Changing Faces charity in 1992.

Reading voraciously for his degree led Partridge to some interesting publications, of which one was to prove pivotal. “I chanced on Stigma: Notes on the Management of Spoiled Identity by Erving Goffman in the sociology section of a bookshop as a first year student and it resonated with so much of what I recognised about myself except it offered no solutions. What it did give me, however, was a what-if moment. What if I could discover self-respect (which seemed highly unlikely), could I gain the respect of those around me which seemed denied to me because of my disfigurement? At that point I had no idea what the solutions might be, but I had a sense that finding my self-respect might enable me to deflect other’s stigmatising of me.”

Partridge’s new book, however, is the introduction to a much bigger story about the stigma of facial difference, the extraordinary work he has done campaigning for face equality and how he worked to help create evidence-based models of psychosocial support which are now something of an industry standard.

"There was nothing, really, in terms of professional psychosocial support after my accident apart from a support group run by the plastic surgery department’s medical social worker,” Partridge remembers. “I went once, but it didn’t really work for me. There was no other therapy available and I felt very alone, trying to deal with the trauma, shame, guilt and grief for my old self. I referred to my face as ‘It’ and it took me a long time to face it, but somehow, five years on, surprisingly and by trial and error I had come to respect my new self and like my face’s features – scars, skin grafts, asymmetry and all. The stigmas of disfigurement could no longer touch me.”

It was when Partridge’s first book, Changing Faces: The Challenge of Facial Disfigurement, was published in 1990 that he met psychologist Dr Nichola Rumsey, co-author of The Social Psychology of Facial Appearance and with whom he went on to establish the Centre for Appearance Research. “What I discovered was that my personal experience and her academic research had come to very similar conclusions: that effective communication skills and empowering support made all the difference. What I also came to understand was that virtually nothing was happening to translate this research into new ways of helping.”

At this point, Partridge was married with three children, living and working on Guernsey as a dairy farmer and part-time economics teacher, after a post-graduate career as researcher in a health policy unit at Guy’s Hospital, following an MSc in medical demography. “The first step I specified for Changing Faces [the charity] was to pioneer and provide a new package of psychosocial help and its effectiveness would be evaluated objectively by an independent research project managed by Nichola.”

Over time, Partridge and the team at Changing Faces created foundation workshops, a FACES package of training (effectively, a disfigurement-specific CBT package) and REACH OUT toolkit, while campaigning and fundraising. All this work provided evidence-based and evaluated outcomes upon which support could be delivered, much of which is now available online at Changing Faces.

In 2008, the Face Equality campaign was launched. “When someone with a facial difference meets a stranger, they are the ones having to make 80-90% of the effort, whereas when there’s face equality it’s a 50/50 ratio. It may not seem fair that I have to make that effort, but by harnessing my self-respect and skills to do so, I found I could deflect their stereotypes. But those stereotypes needed to be disabused.” This campaign also included Partridge reading the news on Channel 5 (something he reflected on in this 2019 broadcast on ITV) because it was imperative to address this inequality of the public-facing aspect of living with a physical disfigurement.

Over the years, the effectiveness of the charity’s work became well-established, and its reach began to extend throughout support services being offered, and beyond. In 2017 Partridge stepped down from Changing Faces to launch Face Equality International and finally had time to write this new book, which he describes as “A memoir. A manual. A manifesto.”

Partridge is quick to acknowledge the importance of the support garnered from family, friends, professional colleagues and others over the years, but the ability to bring it all together for the benefit of others is testament to all those adjectives about him that appear in the first paragraph. And to this end, his book is a more than personal, it’s both the book he wished he’d had access to after his accident, a resource for others and a demand for continuing change.

Face It: Facial Disfigurement and My Fight for Facial Equality is available now from James Partridge’s website here, or from Amazon below:

Why I'm speaking out against bullying

What saved me from depression after a brain injury