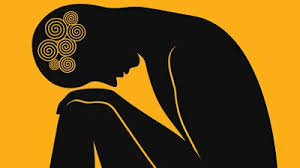 What Saved Me from Depression after Brain Injury

After suffering a brain injury in a car accident in December 2014, I was on a slippery slope of depression. Initially I thought I was just mourning the unexpected death of my mother, which happened in the same month. As I decided what I was feeling was natural, I battled on quietly. But as it became more and more clear how my brain injury was affecting me, my thoughts became darker. I felt useless. I was struggling to read and write, and ultimately I resigned from my job. In addition, I now had to support my dad who was suddenly on his own 200 miles away.

My concerned partner James came with me to the GP. She was very understanding and gave me details of a service I could ring to access cognitive behavioural therapy (CBT). But when I rang and explained my injury they didn’t think CBT would help, as they thought my mood might have more to do with my brain misfiring. Unfortunately the person who was dealing with my case was working her notice, and was clearly under pressure. After a month of offering no support, she decided to refer me to a neuropsychologist, but told me the waiting list was very long. So I waited.

One day I finally imploded spectacularly at a group session with the charity Headway. I didn’t want to let it out so publicly, but I didn’t have a choice, it just happened. Seeing my level of distress, they offered me counselling. Initially I didn’t think it was going to be for me. I had always been stoic and had a stiff upper lip.

But I was wrong. Being able to talk to someone who wasn’t judging me helped me break the ceiling of my tiny box. I went from dreading someone asking me questions, to genuinely looking forward to seeing her.

After three months I finally saw the neuropsychologist. Thank goodness I had been able to see a counsellor in the meantime, stopping me from feeling so alone. And it was worth the wait! She listened to how I was struggling with people not really understanding what I was experiencing. A previous professional had written a report saying he didn’t believe I had a brain injury as I scored too well in his cognitive tests. But as I had been a intelligent person before, comparing me with the national average didn’t mean my new results were average for me. So she put me through four hours of intensive tests to build a better picture of my skills. Her findings agreed that I had sustained a brain injury which made me feel validated.

She went on to support my recovery, even helping me improve my sleeping pattern. Sleep is absolutely vital for a brain injury survivor as it helps promote the healing process. Every one of her recommendations, she explained in plain English so I understood why they would help and was motivated to put them into action. Even when she said I needed to drink less tea and switch to decaffeinated in the afternoons, I followed it wholeheartedly. (For a confessed tea addict like me, that was a big commitment.)

So don’t wait and endure your pain alone. But make sure you see the right person. I’m sure the lady who was leaving her job was a lovely person and probably had a lot to give somebody. But she wasn’t the right help for me. It shouldn’t have been my responsibility to chase my referral, but the difference it makes when you see the right person is immeasurable. I’m truly thankful to those who helped me along the way, as I genuinely can’t imagine where I would be now if it wasn’t for them.