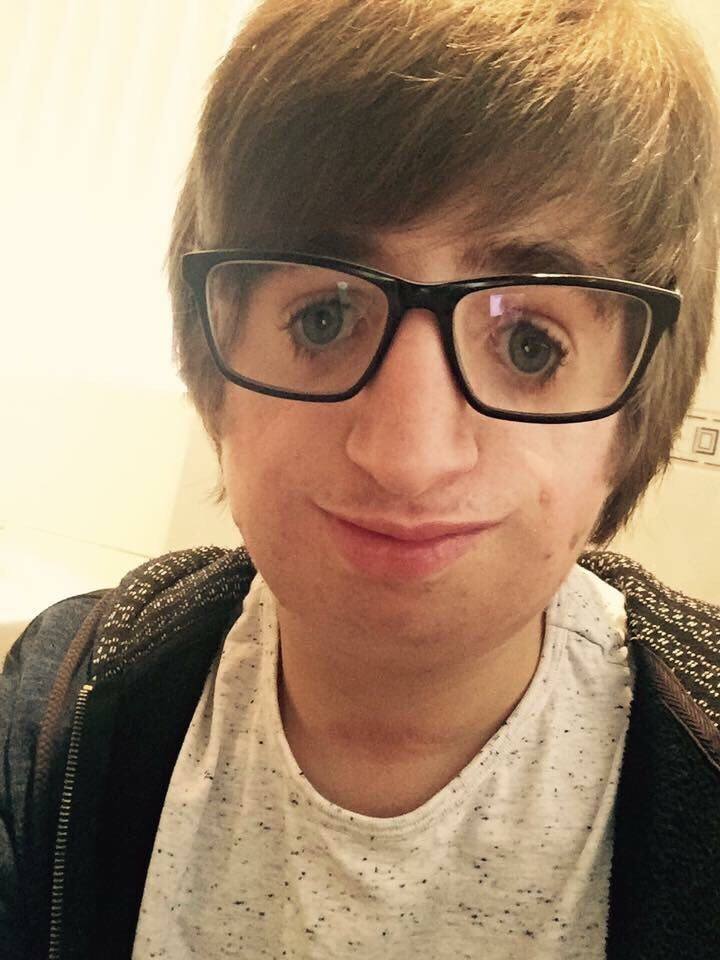 Why I'm Using My Voice to Speak Up Against Bullying

Ashley Carter, 17, from Taunton, has Treacher Collins syndrome and was bullied at school. He is working with youth charity Fixers to prevent other young people from being bullied because they look different.

I have Treacher Collins syndrome, a genetic condition which means I was born without any ears, a receding jaw and no cheek bones.

I’ve had more than 30 operations. The first was when I was just a baby. Shortly after I was born I swallowed my tongue and couldn’t breathe, so I was rushed into hospital and fitted with a tube to help my breathing, which I had for about five or six years.

I’ve also had a jaw distraction – I had a frame around my face and I had to use a screwdriver to turn the pins every day, so that it would break my jaw and bring it forward. That helped my speech a lot.

It has been very painful, and it’s not a nice feeling to be sitting at home in pain.

But almost worse than the pain from the surgery, was the bullying that I experienced at primary school.

During the final year of school two boys started picking on me. They called me things like ‘ugly’ and ‘troll’, and other really horrible names. There were times when I would run out of the classroom and sit in the corridor sobbing.

It got worse and worse, they started pushing me around and one of them pinned me up against the wall in the school corridor. I didn’t know why they were treating me like that and it was an awful time. I would come home every day upset and crying.

It affected my wellbeing and caused me anxiety. I didn’t want to go out because I thought the bullies would be waiting for me. I was too scared to go and play in the local park, and I stopped going to a youth club I’d been enjoying because the two boys started going there too.

One night I went to go and see my friend. She only lived around the corner from me so I walked round on my own. As soon as I stepped into her road, I saw the two boys standing there. They saw me and started chasing me.

I ran home as fast I could. I could have been run over by a car, because I raced out into the road without looking, I was that scared.

I got home and I was crying my eyes out. I felt upset, distraught and really emotional.

That’s when my mum and dad said once and for all ‘this has to stop.’ They went to see the headteacher and told them it needed to be sorted out right away. The parents of the bullies were called in, and they didn’t know anything about what their children had been doing and were really upset by it.

I was moved to a different class and the bullying stopped.

Now I’m working with Fixers, a charity which gives young people a voice, to prevent other young people from being bullied because they look different. I’ve created a film with them about the impact bullying had on me, and you can watch it here.

I will not stop fighting to raise awareness and I’m campaigning to get my voice heard on TV and radio shows and in newspapers.

I want to get the message across to people who are bullying and make them think ‘I shouldn’t be doing this, and I need to stop before I get any worse.’